In Bangkok, there is this crazy thing called Kolour.

You might have heard of Kolour In The Park, the apex of the brand’s initiative, which was created as a superbly heady one-day excursion for people who want to escape the mass crowds of formulaic festivals and the dizzying frenzy of Bangkok. But it’s so much more than a festival; it’s evolved into a movement for people looking for something different and a place to let go and be themselves — coupled by a stellar soundtrack of electronic music, of course.

Roaring to life annually at the Thai Wake Park, the one day and one night extravaganza has seamlessly blended the mainstream with the underground to create one well-oiled machine. It encourages its crowd of many tribes to step outside of genre confines and learn about the music that exists outside of their everyday music realm. Kolour In The Park has previously hosted electronic music maestros like Charlotte De Witte, Sven Vath and Booka Shade all the way through to Hayden James, Masego and SG Lewis. This year they will host ARTBAT, Black Coffee, Mousse T, and more.

Aside from the brand’s annual centrepiece, the Kolour team also do satellite events throughout out the year to keep their festivalgoers (called Kolourians) connected. Kolour Reunion, Kolour Beachside and even Road To Kolour In The Park are all extensions to the Kolour In The Park identity and see its playground come to life in the city as a pop-up event.

All in all, in 2019 Kolour hosted 9,265 people with 100% of their events selling out and a 103% increase in attendance across the board. From the outside, it’s easy to think that growth is reflective of their programming, but it’s not. They do this through a well-defined vision that has nothing to do with booking “top” DJs but instead by calling for a culture created through their four pillars — inclusion, creativity, contribution and passion. Fit for a first-timer through its gates or the most elite electronic music aficionado, Kolour In The Park’s commitment to its punters through these pillars is what keeps its event of high quality. When complemented with plenty of sunshine, a stellar soundtrack and…wakeboarding — there is nothing else quite like it.

Life is hard, with all its rules and pressures, everyone needs a safe place to escape and find solitude. Kolour is that place. Here’s how they do it (and how you can too).

1 Come as you are 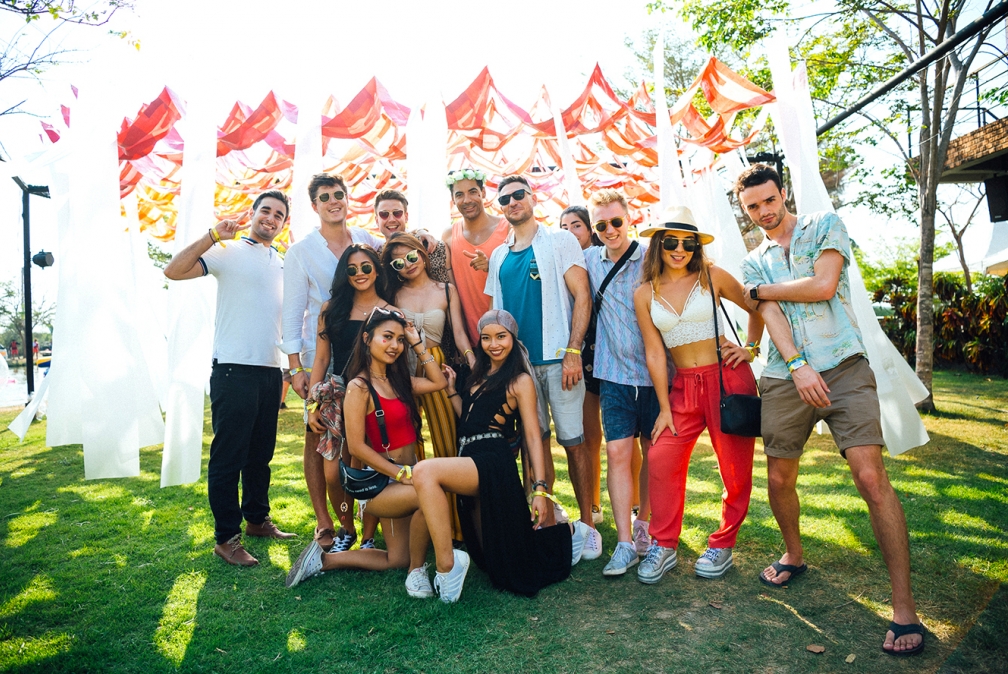 Fitting in can be hard at times, so Kolour made inclusion their first pillar. To get here they ran focus groups and invited people in to discuss what they felt was the most unique aspect of Kolour. The leading theme was that the festival is a place to be yourself and an environment where people can express their uniqueness. "We always felt this way about our event but never put it into words, said the team at Kolour. "We feel that Asia has been a bit behind in this message, and we are in a position to leave our crowd with a stronger value and purpose. So we have embraced this feeling and are looking at all the steps we can take to really demonstrate it and spread the message." At every event, they keep it judgement free. Kolour don't discriminate against race, body type, disability, sexual orientation, gender or financial status — they are even endeavouring to one day making the festival wheelchair accessible. 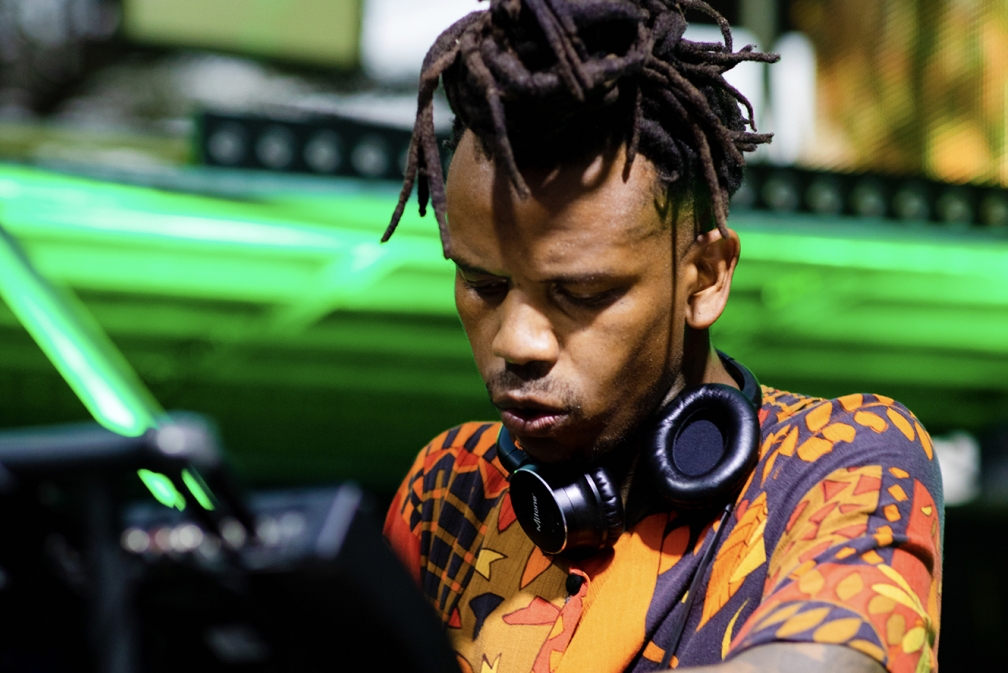 There are few festivals whose core booking strategy is to promote a line-up that reflects a wide range of subcultures and represents minorities, and that start with looking for countries that are less represented on the global scene. Their talent buyers also endeavour to book a line-up that’s equally inclusive of male and female talents. “When we started telling our agents and bookers that this was our new goal, they were quite shocked to be honest. They said it would be very difficult because there are far less female artists. Well we think that the reason there are far less female acts is because no one is looking to change the ratio. We hope to be that change for Asia.” This year, after a last minute cancellation, the line-up presents eight male and seven female artists. 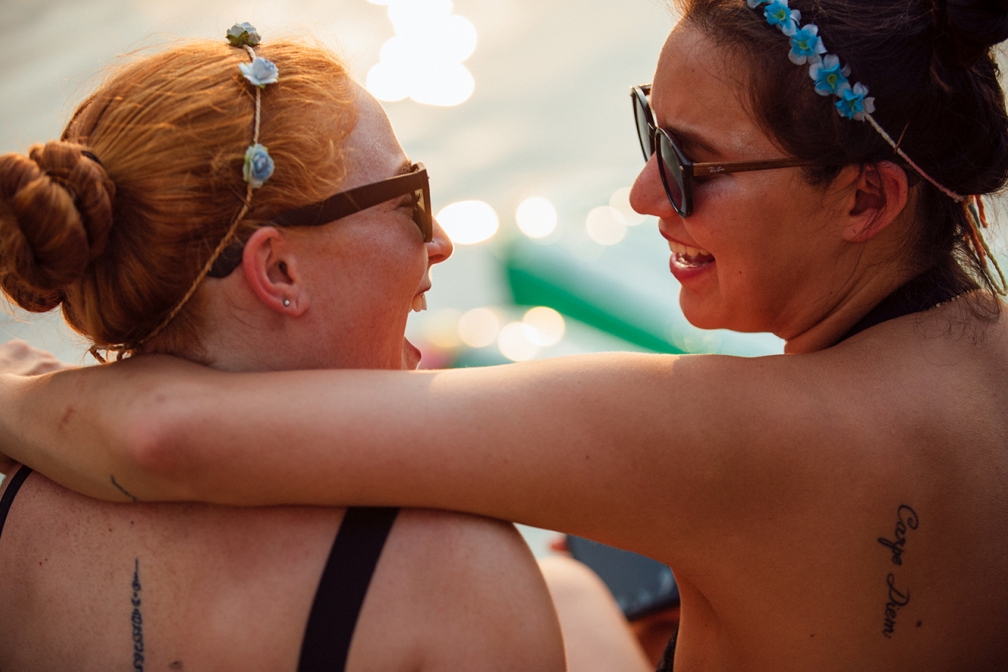 Kolour goes above and beyond in creating a safe environment. Along with the standard security team every festival has, they have a dedicated group of trained volunteers called the Smile Team. “Their job is essentially to make sure everyone at the festival is comfortable and that their experiences are positive. In the situations where it isn’t, they know how to deescalate the situation and call the security team if need be.” The Smile Team can be found in different parts of the festival area along with the rest of the staff, first aid stations, lifeguards and police, all of which are there to elevate the experience.

4 When it comes to clothes, anything goes 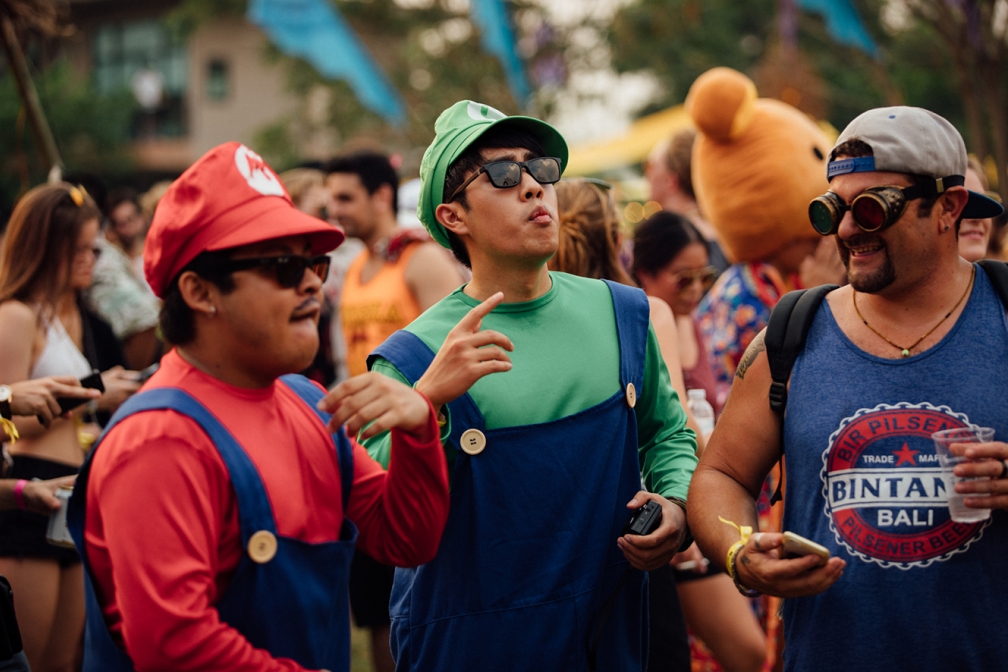 More than just a music festival, Kolour In The Park is a creative space where their festivalgoers are encouraged to express themselves in any way they want — and usually, this translates to fashion. People might not be able to dress the way they really want in everyday life, but Kolour In The Park is that time of the year where people can really let their freak flag fly. "In the past, we have seen some impressive costumes; some are even handmade. It really adds that extra "kolour" to our festival when we see many interesting characters and costumes. Since day one, we thought our audience would enjoy the festival experience best if they were allowed to be comfortable in their own skin and express their individuality. We want you to want to wear that tutu and pair it with a sparkle beard!" That all said, be considerate of the Thai culture and norms when dressing up — don't come naked.