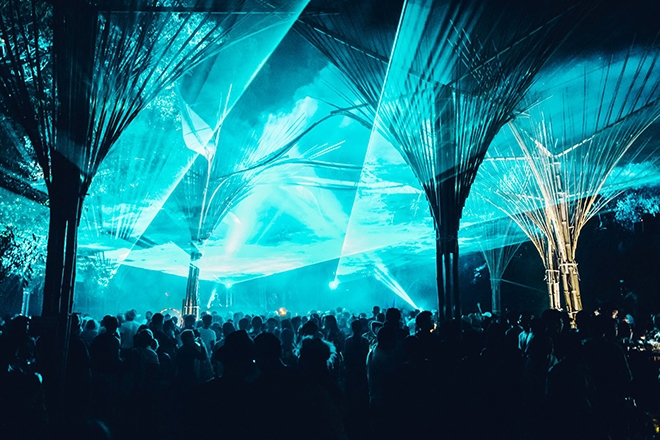 Always taking fresh and forward-thinking initiatives, the team behind Wonderfruit, and more specifically, one of the key curators behind the music at Wonderfruit, has thrown a massive curveball for punters who like to lose themselves in The Quarry. Craig Richards, who has been shaping Saturday nights at London’s fabric for the last 18 years, is bringing back his impeccable curation to the deep and dark depths of one of the festival’s best known and almost-hidden gems, but this time with a purified twist: you will not see the DJs, and they will not see you.

You won’t even know who’s playing… but why?

The focus will continue to remain about the music, but this time with more emphasis on the music and sound itself. You’ll know which artists are playing on the day, but you won’t know what time and you’re not going to have a chance to find out either — the DJs you’ll be shape-shifting to will be hidden while performing behind a screen. The concept comes from Collisions, Richards’ club night that has included guests like Ricardo Villalobos, Nicholas Lutz and Margaret Dyaz, where the aim "is to cover as much musical ground as possible in a night", according to a newsflash by fabric.

So there will be an incredible line-up, but you’ll just be further thrown into mystified depths, guided by a perfectly tuned sound system. We won’t leave your curiosity completely stranded, here’s a little insight to who you might be listening to throughout the weekend — on Friday, you could be listening to Binh, Bobby or Willow, on Saturday it could be Craig Richards, DOTT or Sonja Moonear behind the screen, and on Sunday, you will be hearing Nick The Record, Felix Dickinson and Powder at some point and in some order.... till the break of dawn.

Are you ready to face the faceless?