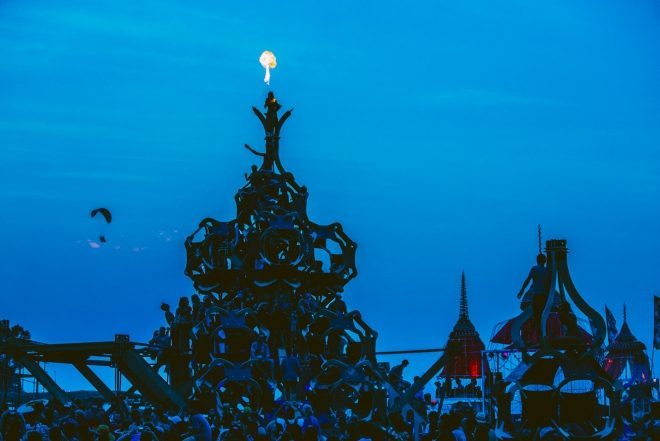 Thailand's pioneering sustainable and cross-cultural live celebration of arts, music and ideas is back for round four and has just announced the second round of line-up announcements for its second event this year.

Crew Love members Wolf+Lamb and Nick Monaco will hold an official Crew Love Takeover of Forbidden Fruit and the acoustic stylings of Vurro and John Will Sail as well as the soulful disco sounds of Bobby Pleasure will play across some of Wonderfruit's smaller and more unique stages.

If the line-up is too diverse for you, read about we believe that if you're only interested in big names, you're not thinking big enough.

See the full musical line-up below. 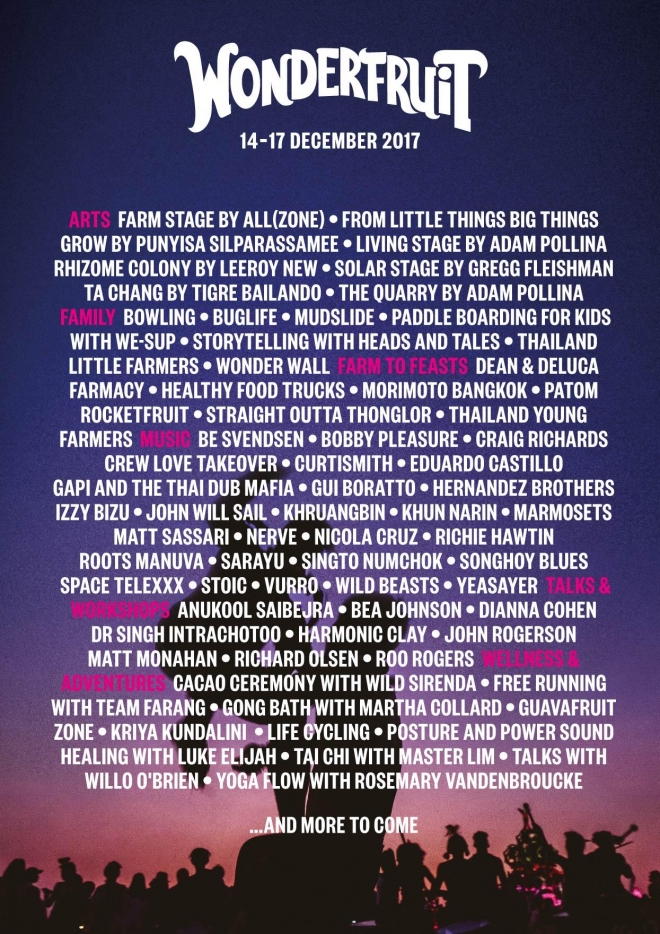 Away from music, guests will see many of the The Fields’ permanent structures revamped by some of the world’s best architects and designers. The Farm Stage will be redone by all(zone) and turn into a community space while legendary dance destination The Quarry will be retouched by Adam Pollina, who has mind-bending sound and light design at the forefront of his plans. The Joy Collective has re-imagined the Rainforest Pavilion, a dedicated home to transformational activities and music from Indonesia with preserving the rainforest as the core of their ethos.

Scratch Talks seminars have added more inspirational speakers and gurus as well as an array of bits, bights and delicious delights. Plenty of workshops including clay sculpting and a wellness area have also developed further this year. Young Wonderers will have lots to stay occupied with an array of fun activities designed to delight and spark the imagination. Find more information on this pillar here.

As previously announced, organizers are planning to pay selected artists and collaborators in TREE tokens, a cryptocurrency backed by natural capital and traded on the blockchain in order to underline and demonstrate its sustainable mission. Wonderers will also be given the chance to make their own positive impact by buying a drink linked to TREEs.

Wonderfruit returns to The Fields at Siam Country Club, just 150 kilometers or a two hours drive southeast of Bangkok, from 14th to 17th December. Tickets are on sale here for US$147 (THB5,000 or £115).

Boutique camping is also now available and has sold out quickly ever year. RV and general camping as well as hotel packages are available here.

Watch the newsest film by Wonderfruit below.