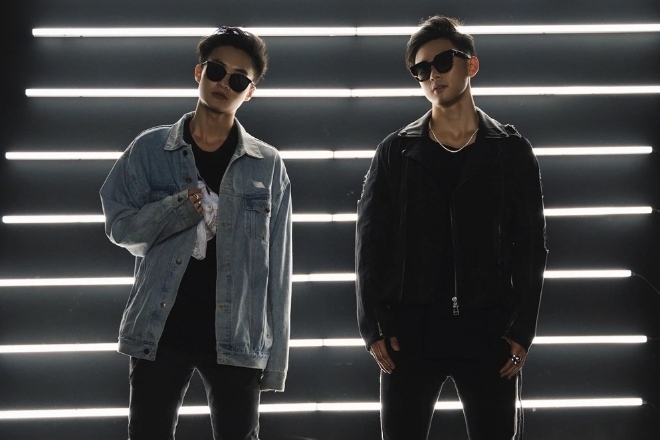 LA-based duo BEAUZ dropped their latest single ‘Caffeine’ via Fabled Records on October 14, 2022. The track comes as the brothers’ first single off their upcoming album of the same title.

The three-minute-forty-five-second composition is constituted by funky beats, fascinating chords and thumping drums throughout. Accompanied by the catchphrase “Caffeine got me wired”, the track is full of electronic energy and makes a worthy setlist addition for those wanting to hype up dance floors.

Brothers Bernie and Johan Yang have always insisted on intertwining electronic music styles with Asian elements when it comes to creating their distinctive productions. Their innovative explorations have broken down the boundaries and “every unwritten rule of EDM”, leading them to create the brand-new music genre Psy Pop.

BEAUZ’s appearance on the third season of China’s ‘Youth With You’ in 2021 made a big impact in Asia as they were the first electronic DJ act ever to participate in the talent show. The brothers have since expanded their fan base and taken a world tour with closing showcases in eight different cities across the US.

Two of the pair’s notable achievements this year alone are gaining more than three million monthly listeners and reaching the No.1 DJ Group of the Year spot on the DJ MAG China chart.

For those in Asia wanting to see BEAUZ live on stage, be patient and keep an eye out on their socials. The brothers teased the single sentence “NEXT STOP: ASIA TOUR.” as part of their caption in an Instagram post last week.