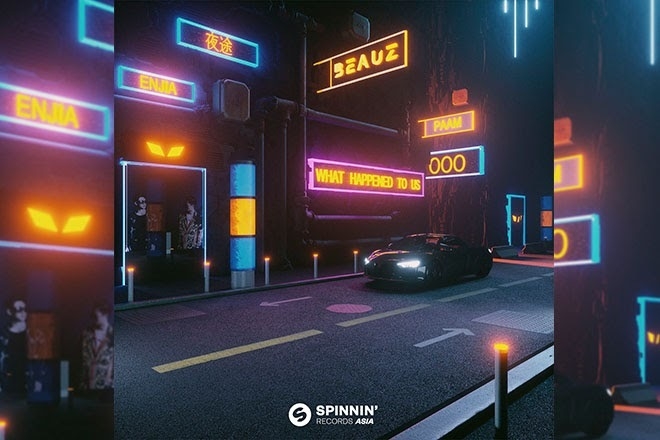 The California-based EDM duo BEAUZ just dropped another exciting single today, on their home turf imprint Spinnin' Records Asia. The first track titled ‘What Happened to Us (OOO)’ is a future bounce take that expresses their free-spirited and evolutionary style — stepping things up a notch, BEAUZ’s latest single is accompanied by a Chinese release too that features popular singer on the Tencent music platform Enjia.

The pair have been shifting into high gear despite the major issues that artists are facing around the world without shows and tours, recently curating and putting together the popular and successful online festival Blockeley on the gaming platform Minecraft.

“We hope that we can bridge the gap between East and the West starting with our music,” says BEAUZ, and for this track “we broke almost every unwritten rule of EDM as we pioneered Psy Pop and we intend to break some more grounds this time.” This would be the first Chinese vocal record going out on the Asia focused sub-label. Another similar scenario recently hit the charts with the debut release from Mixmag Asia SELECTS which featured an English and Chinese version of LIZZY feat. SHIMICA ‘Tonight’, a sweetly energetic pop-trance hit that's been rolling in the Chinese charts over the last few weeks.

‘OOO’, according to BEAUZ, has an “808 bass with house kick at 150 bpm and a Chinese vocal - you can’t get more 21st century than that.” When it comes to bridging that east meets west mentality, BEAUZ turned to Thai pop sensation Paam to lay down the vocals for the English version, and Enjia from China's Tencent music basecamp for the Mandarin track 'Walking in the Dark'.

BEAUZ 'What Happened to Us (OOO)' featuring Paam and 'Walking in the Dark' featuring Enija are out today on Spinnin' Records Asia. Have a listen below.