Pat Lok is an artist that the Mixmag Asia crew have been keeping a close eye on in recent years, with his infectious and genre-surfing sound regularly piquing the interest of our ever-alert team of musically-obsessed contributors. We felt it was high time we sat down with the Vancouver native to quiz him about his life in music, his Asian roots, and just how life has changed for him since his sound went global.

With a sound that effortlessly blends house, disco, R'n'B, and future funk, his music is routinely infused with an irresistible vigour that's primed to inject life into dancefloors regardless of tempo. Now based in LA, Pat Lok has reached dizzying heights since bursting onto the scene with his 2017 debut album, 'Hold On Let Go'. Though actively releasing music from as far back as 2011, his arrival on prestigious French super label/brand Kitsuné Musique helped catapult his music into the stratosphere, garnering a groundswell of listener support while alerting industry tastemakers to his undeniable talent. His effervescent sound caught the attention of revered Radio One DJ and long-standing UK dance champion, Pete Tong, who saw fit to sign Lok to his PT Publishing company. Racking up tens of millions of Spotify streams, touring the world alongside the likes of Disclosure, HONNE, and Galantis, and enlivening crowds at unmissable festivals including Splash House, Electric Forest, Electric Zoo or Hangout Fest – there can be little doubting the luminous mark he's making in the electronic music world.

Read this next: Pat Lok merges Chinese folklore with video games in his latest music video

We caught up with him at his LA base to shoot the breeze on all-manner of fascinating topics. 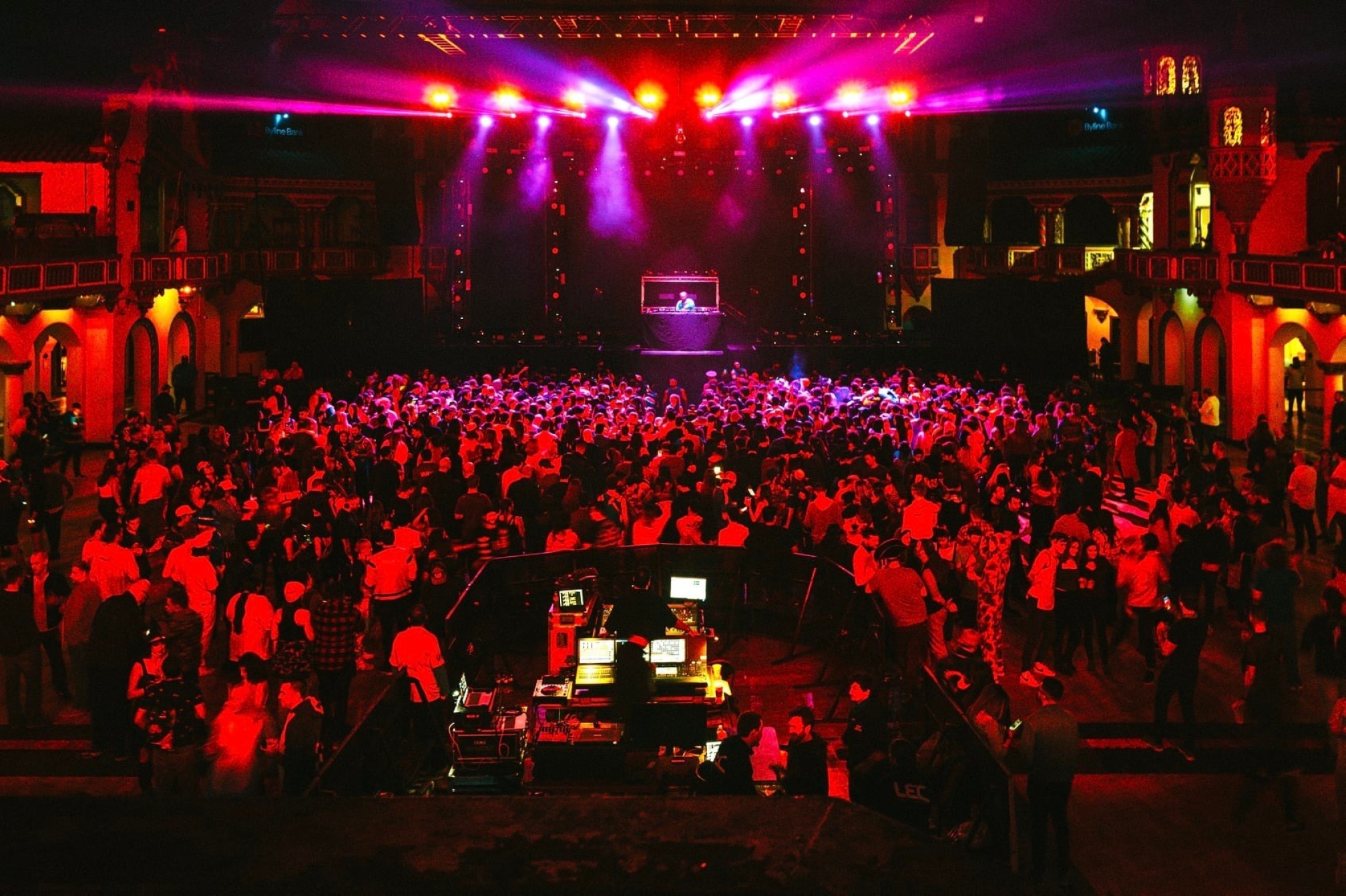 Hey Pat, thanks for taking the time to do this. Where are you now and what are you up to today (aside from this Q&A)?

“I’m in sunny Los Angeles California! Trying to figure out why my internet isn’t working again so I can finish a new mixtape, it’s been too long since my last.”

What can you tell us about your earliest experience of music, for example, what were some of the first songs that moved you?

"So I grew up playing piano until I got sick of it and quit, but I always loved Debussy and Ravel and Rachmaninoff. On the dance side, I remember the first time hearing Basement Jaxx 'Red Alert' at a school bbq where someone had brought turntables. That was a mind-blowing moment.”

What was the first song/album you bought (or downloaded)?

“Kind of embarrassing, but I found this old cassette tape compilation called Dance Mix 95 and I absolutely WORE that thing out on repeat. 'Saturday Night', 'Total Eclipse Of The Heart', 'What Is Love. Classic!”

And how did your journey into composition begin, where did it start and how long did it take until your music started gaining attention?

“So, I was playing at this bloghouse night in Vancouver back in the day and eventually started doing mashup blends because I wanted my own stuff to play. That spun out into making bootleg remixes in Ableton later on and then official remixes and then eventually original music.”

Read this next: New book released dedicated to the bloghouse era and early-2000s internet culture

We've seen your sound described as "candy coloured R&Beats”. Is that how you'd describe it?

“Hmm, that’s a tough one because I have made different types of records. I would say it has to have soul, it has to vibe – whether that’s funky or more clubby, it’s usually going to make you want to shake that thing regardless of speed and style.” 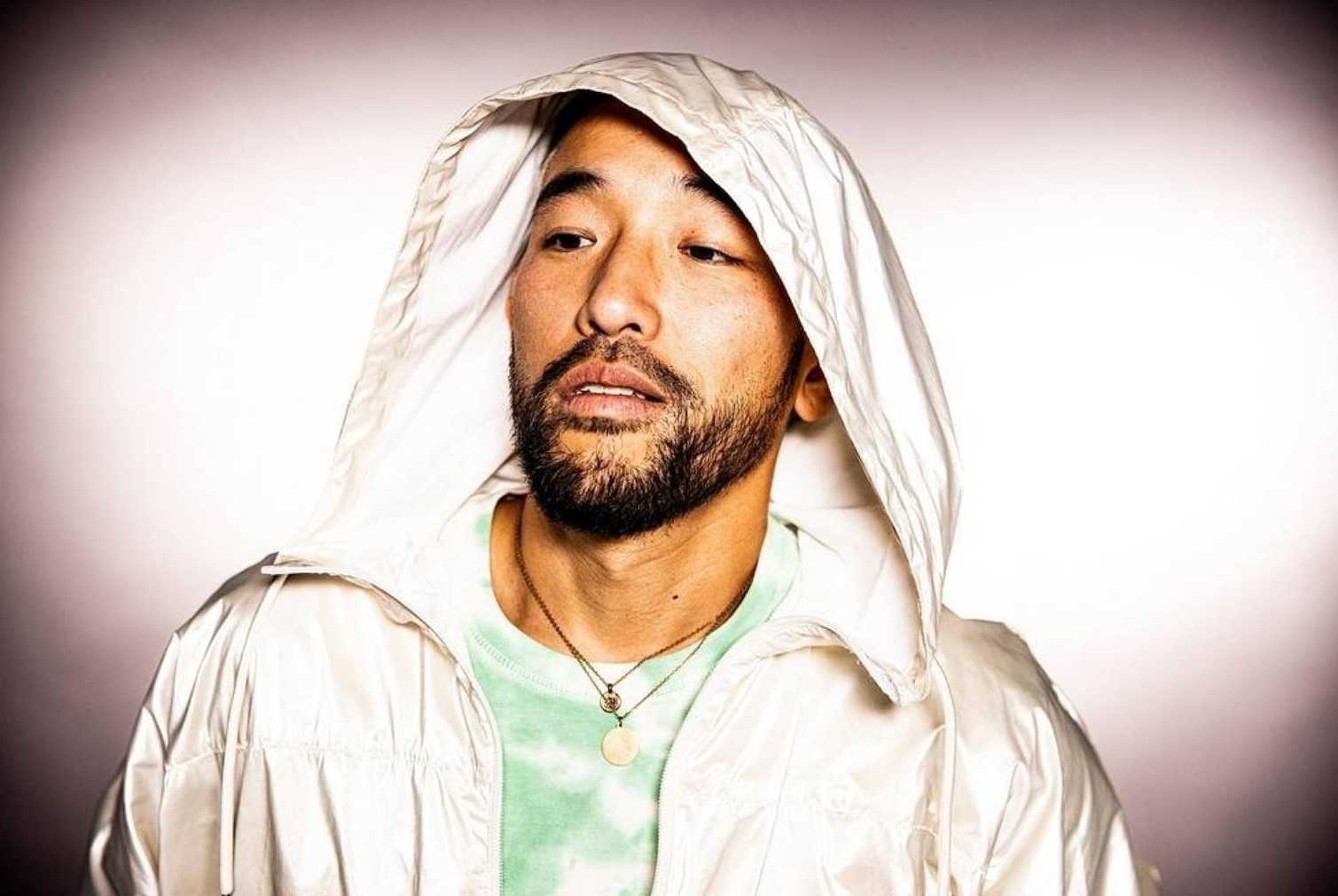 “I’m a fan of classic songwriting and production. Janet, Jam & Lewis, George Michael (who produced all the Wham! stuff) James Jamerson, of course Chic and Quincy Jones and Shep Pettibone. All the French touch (Roule/Crydamoure) crew stuff was groundbreaking and is still the blueprint.”

What can you tell us about signing to Kitsune, and how does it feel to work with such an influential global brand?

“When I signed to Kitsune I had only released a couple of original singles and it was a pretty unbelievable moment, to hear they wanted me to record and drop my debut album with them. Over the years, we put out some good music and did some incredible shows around the world from Paris to Stockholm to Shanghai to Tokyo. It was a very important period in my musical career."

You're also working with Pete Tong's PT publishing, he's someone who's been in and around contemporary dance music for decades. How much do you know about his pedigree, especially within the UK dance music scene?

“So, the funny thing is that in Vancouver, it wasn’t a great place to really be exposed to it at the time. I went to some raves but that was mostly cheesy, hard stuff, or sometimes D'n'b which I didn't understand yet. But I found the Essential Mix online (which PT had been running since 1994 I think) and so I would listen live every Saturday from 2 am to 4 am and download all the old ones I could find and walk around at school blasting it on repeat. That was basically my education and led to me building my record collection, hunting down tracklists, and buying from all these international UK/German shops. I spent so much gd money on vinyl!”

Read this next: Highs & Lows: A successful career in dance music isn’t as easy as you think 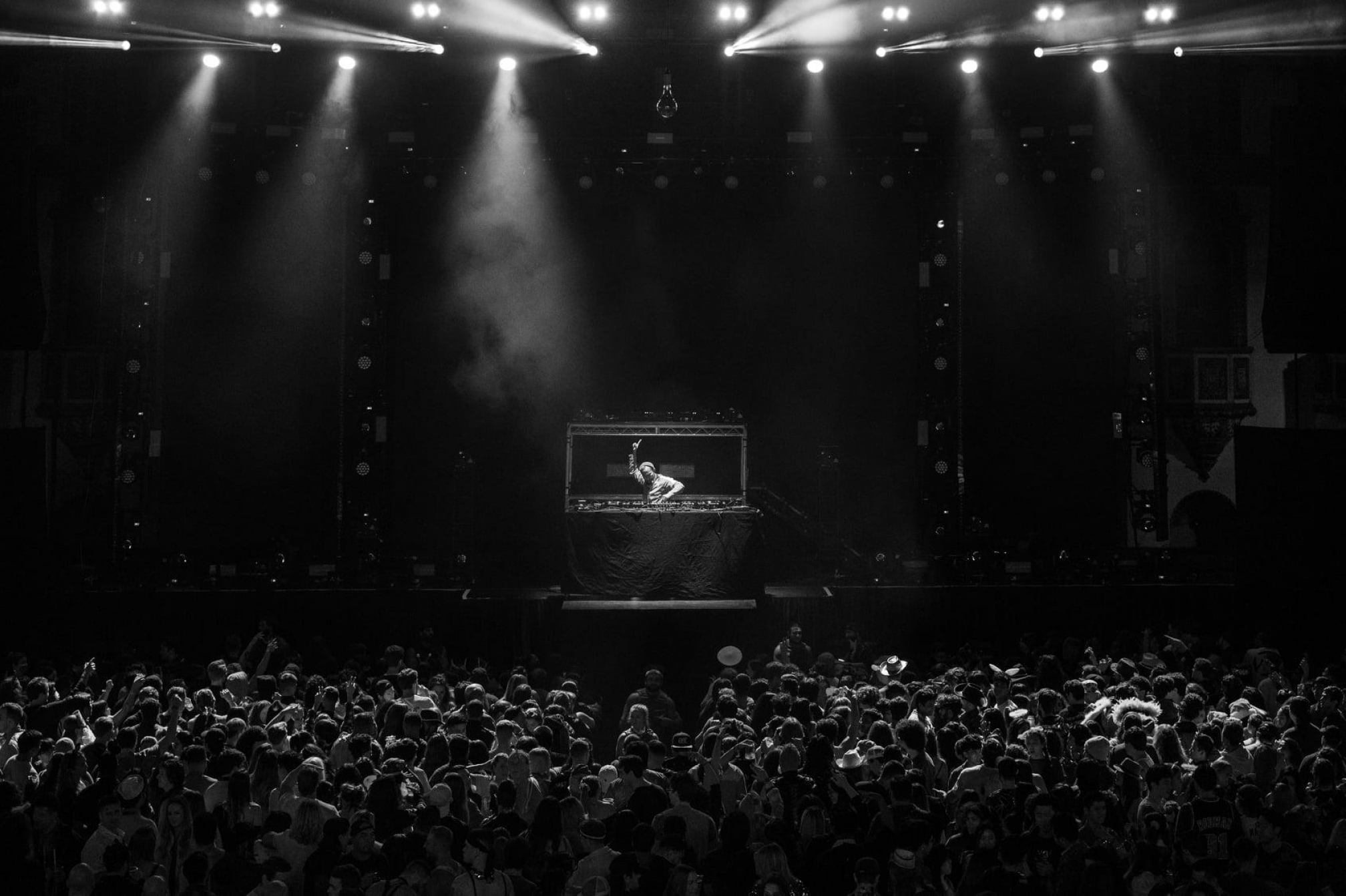 How did life change for your after the success of 'Hold On Let Go'?

“That’s an interesting question I never thought about. It all seemed gradual, more touring, more remixes, more sessions. I moved to Los Angeles in 2017 and that was a whole new world, of course, figuring out this totally different speed of life and what kind of music I’d make next. I had never set out to write an album as one of my goals – I just always loved DJing, so it took me a second to try to figure out what I had to say next as a solo artist.”

What are some of your touring highlights, some of the most inspiring artists you've performed with, or most electric audiences?

“Hmm, there’s been so many. My residency in Seoul at Soap is up there, incredible crowd and energy. Touring Europe with Galantis. main stage Razzmatazz in Barcelona. Playing in Mexico is always a soft spot. Following A-Trak was the most stressed I’ve ever been for a DJ set, once I held that down I knew nothing could faze me. Last year I played with Disclosure a couple of times which was incredible.”

Who are some of the artists you'd enjoy collaborating with?

How do your studio sessions generally unfold, do you work fast and manifest ideas quickly or do you labour over projects?

“I don’t know if I work that fast. In sessions with other people, I prioritise progress, yeah. But it depends on the other person – are they a vocalist (so we’re writing the song first around the chords or a demo) or are they a producer (who’s running the session? Who’s playing what?) I’m pretty flexible, but for me it's important to find something great, even if that’s a loop, or else yes I will be labouring it over later on.”

What can you tell us about your studio set up, any prized gizmos you couldn't live without?

“I love my Juno 106 which I brought down from Canada but never really use. Nowadays I work heavily 'in the box' so if just you give me a 53 key MIDI keyboard I’m happy as a clam.”

We hear you're based in LA now, how is life different for you there compared to your Vancouver hometown?

“LA always has something going on, you have to stay focused on what you’re trying to do and not get caught up – the competition is real but there’s also inspiration everywhere. Vancouver is a lovely place to grow up, a little sleepy, I definitely miss the diversity of people and food there.”

We understand you have roots in Singapore. Have you travelled there often, what is your experience of the place?

“I’ve only been once when I played a set on Christmas Eve/day (was super confusing. I was like, should I countdown to midnight, happy birthday Jesus!? But I ended up playing at 1am). My family mostly emigrated from there but we’re still big on the food, love me a good beef rendang, laksa, roti canai, I’ve even made my favourite dish Hainanese chicken rice a couple of times.”

We understand your 'Gone Is Yesterday' project was an exploration of your Asian heritage. What can you tell us about the story behind the music?

“The 'Gone Is Yesterday' concept came to me in the middle of an Asia tour. I think I had just played Taipei and Seoul and was seeing the sights of Bangkok for the first time, and realized how vibrant the mythology and imagery were – especially in South Asian culture. So I decided it would be fun to create this short animated film based on a classic Japanese rpg game, incorporating a lot of these famous mythical characters. It was a lot of work to storyboard and even develop the script before handing it over to my friend to animate and we actually ended up finishing the whole thing before I finished the music for the EP!”

Read this next: "Music is the key" – traversing immersive electronic realms with Daniel Troberg

When did you last perform in Asia, how was it?

“It’s always very special for me to perform in Asia! It was probably just over two years ago before the craziness all started.”

Have you performed much since the pandemic reared its ugly head?

“I’ve been lucky to do a few shows here and there, last year I played in Paris with Polo & Pan, and the aforementioned shows with Disclosure, San Francisco, a few pop ups. It’s all coming back gradually, I recently had a couple of great ones in Denver and LA, it’s exciting and a relief to get back to what we do.”

What's next for Pat Lok?

“I just released a new record called 'Good Vibe', next month I’m dropping one of my favourite records on The Magician’s Potion label, then have a grip of disco records coming up. Also, I’m off to Europe for a couple of months, have some shows lined up and finishing more music, it should be a great summer.”

“Be safe, be kind to each other, and I hope to see you in Asia soon!”

Thanks so much for your time Pat, and best of luck with the single, tour, and forthcoming sounds.

Pat Lok 'Good Vibe' is out now on Nurtured Ideas, you can buy it here