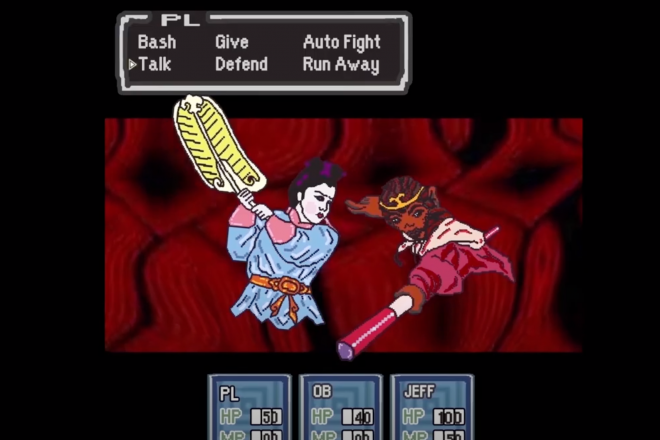 Earlier this month, Chinese-Canadian producer Pat Lok announced a new EP called 'Gone is Yesterday'. It is a project consisting of five songs and pays homage to his culture and to the people who made him. According to the artists, the EP was born through his frustrations surrounding growing up in Canada and never fully grasping his Chinese heritage, except the food, holidays and Chinese proverbs. Pat Lok wrote in an Instagram post: “This record is inspired by art, music and mythology from my childhood and ancestral homeland of Singapore.”

Today, the producer released a short film introducing the songs of the EP. With the help of Cake Visuals, Lok immerses himself into an adventure-style RPG where he has to fight the legendary 'Eternal Demon Monster (EDM)' to get back to his house in Los Angeles. The visual features idol’s heads, cloud ferries, Chinese divine entities and great spirits. He explains: “Intertwining Chinese folklore and RPG video game influences, this project is an homage to an epic tale with unforgettable characters, and my late grandfather who introduced them to me.”

The producer explains that he’s the one behind the story, the script and the edits, all written in Los Angeles and Berlin. He’s obviously the one behind the music too, that subtly fusion percussion and sounds inspired from East Asia.

Signed to legendary French label Kitsuné, Pat Lok is a DJ and beat-maker that incarnates the definition of international. The Vancouver native is now based in Los Angeles and ahead of making the EP, he travelled back to Singapore to better understand the culture he came from. His debut album ‘Hold On Let Go’ (2017) propelled him in front of the stage, and is known for having a penchant for r’n’b, soul, disco and house music.

'Gone is Yesterday' by Pat Lok was released on May 15 on Kitsuné Music. Purchase it here.