Saigon has, undeniably, become one of Asia’s coolest kids on the block. The city has recently joined a collective of cities across Asia that boast the richest nightlife in the region and this is thanks to a flourishing clubbing culture and blooming underground creative scene.

We’ve seen local artists like Anh Vy and Hoaprox explode on an international scale, and witnessed a newfound enthusiasm surrounding Vietnamese artists from the whole world. As proof, many Western music corps have sniffed out the creative potential of the country. In April, Warner Music Group opened an office in Saigon, and even more recently, Universal Music launched Spinnup in Asia alongside a mixtape full of young Vietnamese talents that was very well received. Underground clubs, like Savage and The Observatory, are flourishing, and this is why Vietnam, and especially its capital Ho Chi Minh City, has become a not-to-miss destination for any DJ touring in Asia.

This said, even though there’s something exciting about glowing at the international scale, there’s something even more special about shining at a very small scale. There is something inclusive and emancipating for local youths who are still trying to discover their own identity, far away from the neon lights of big clubs and expensive cocktails. That something is an energy embodied by the Gãy Collective. 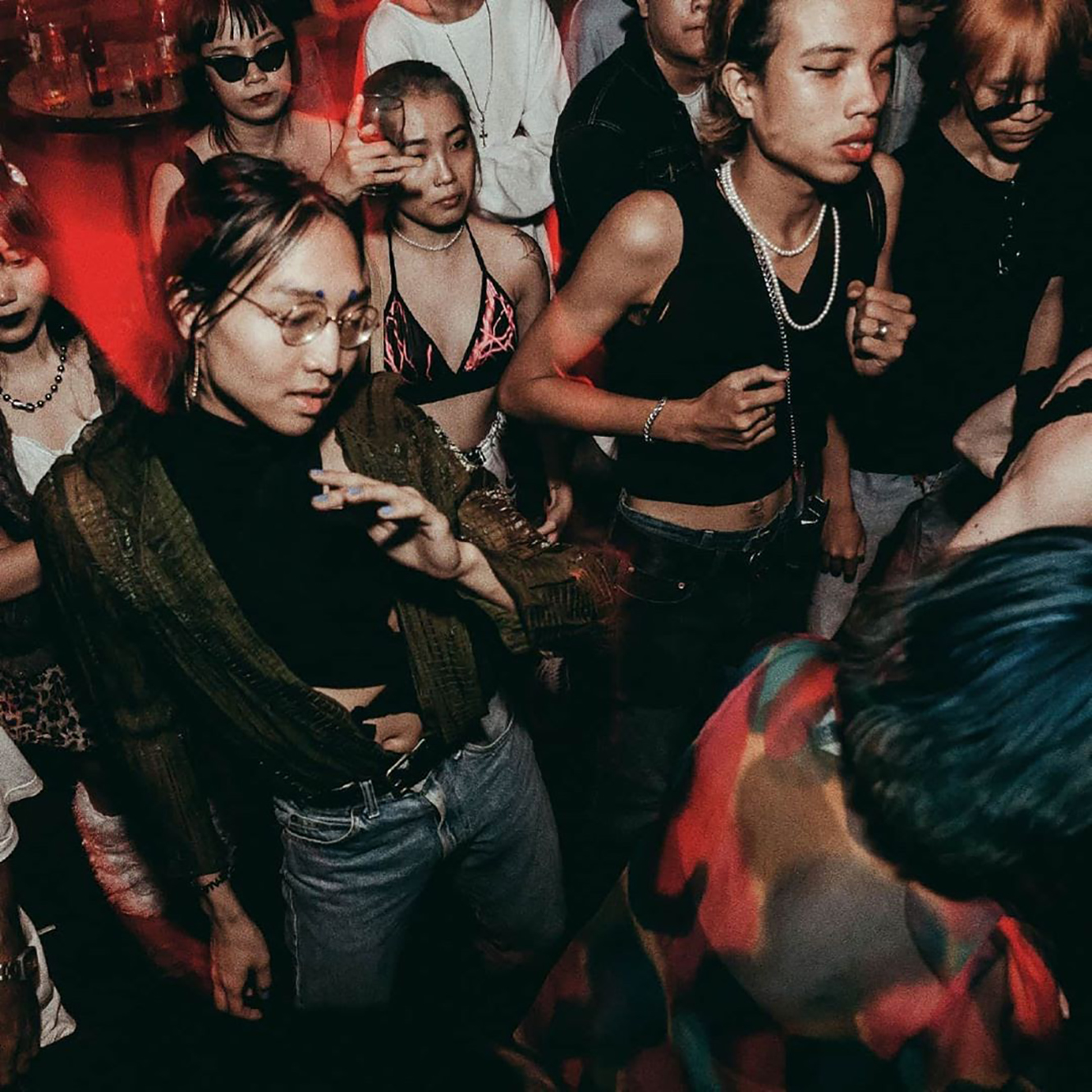 The Collective Gãy is made up of five people. You have Anh Phi, a 28-year-old filmmaker and music producer. He’s joined by Celina Hyunh, aka km95, a digital producer and resident DJ in the collective. Then, there’s Abi Linh, an art director and a graphic designer. And finally, there’s Thao and Mike Pham, both DJs and producers. Altogether they are an artistic team whose specialities all come together perfectly into one concept.

In Vietnamese, Gãy means broken. It’s a word that embraces “mistakes, quirkiness and weirdness in a playful way,” explains Anh Phi. According to the collective, it relates well to the local identity, which incarnates resilience, intense and fun energy. “You can also use it when you’re fucked up drunk," adds Celina, a digital producer and one of the resident DJs in the collective. “And obviously, it means ‘gay’ in English.” 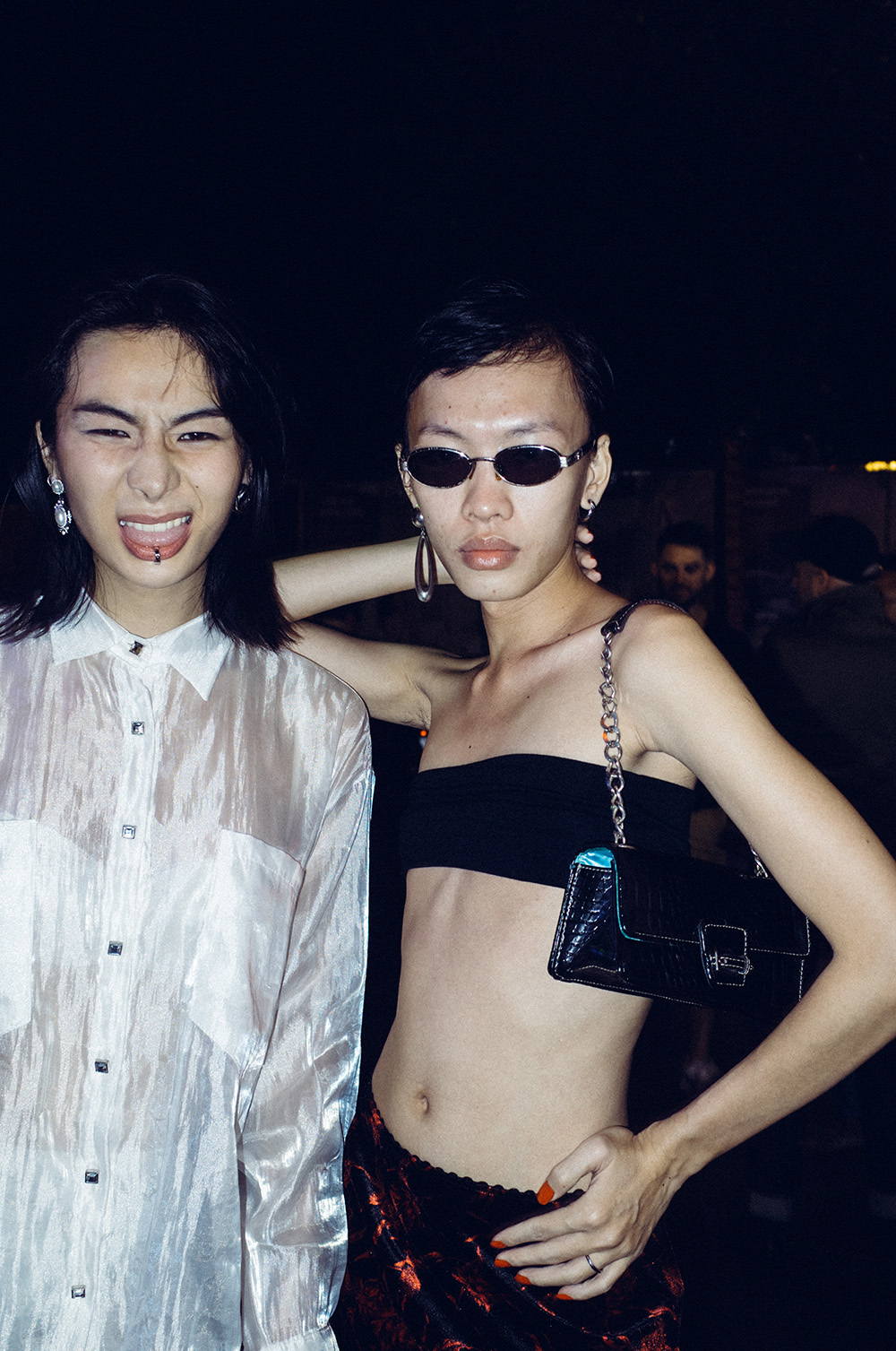 The Saigon-based collective has entrusted themselves with a mission: organising raves and art events that are a safe place for self-expression for all types of genders and sexual orientations. “Think about it as a rave spirit with a K-pop mindset”, Phi explains. “Sounds pretty much like a clickbait title, but the overall energy is really in the spirit of raves, highly focused on music, dance and self-expression, while keeping a playful tone and jumping from genre to genre, which is what impresses me in K-pop.”

K-pop, what? The inclusion of K-pop is an unexpected fusion of concept here in Vietnam. What does Korean pop have to do with a techno-driven underground collective in Vietnam? Celina backs up Phi’s explanation, and tells us that Gãy’s goal is to create a community of young, diverse and creative locals to make them aware they can be proud and get inspired by each other. Thus, a community that’s as diverse as the K-pop genres, as young and innocent as its message. Except that, the style of the events are definitely underground. As proof, below is the first mix they released at the start of the COVID-19 pandemic that swept across the world, one that Vietnam, for the most part, managed to contain.

The mix is part of a long series that will be released soon. It's called ‘GÃY NONSTOP MIX’ and is a reference to the “really cheesy Vietnamese mixes that always have ‘nonstop’ in them,” says Phi. A bit like the “lo-fi beats hip hop n’ chill” that has been infiltrating YouTube recommendations for the past couple of years.

If this mix sounds eclectic, that’s because it features DJs not just from Vietnam but also from Shanghai, Taipei, Bangkok and beyond. “We want to curate artists who are active in their scenes and have a unique sound," continues Phi. "In general, we don’t want to just be isolated in Saigon but also be a part of and contribute to the blossoming club scene in Asia.”

And what a blossoming club scene it is. The reason that Saigon has the nightlife it is lauded for today is because locals have worked hard to nurture it themselves and without the help of the west. It all started a few years ago, a bit like the collective. Because of regulations and curfews “there were not a lot of places where you could party after 10pm”, explains Celina. “Two years ago, there was this mutual feeling that there was something missing in our nightlife options. I usually left the club early by myself because I was never 100% into the music that was playing. Back then the only dancing options were flashy bottle-service EDM clubs or underground hip-hop nights. There were some other underground electronic music events but they were pretty strict on the ‘only house and techno’ policy. And those places usually attracted many expats and had high covers.” 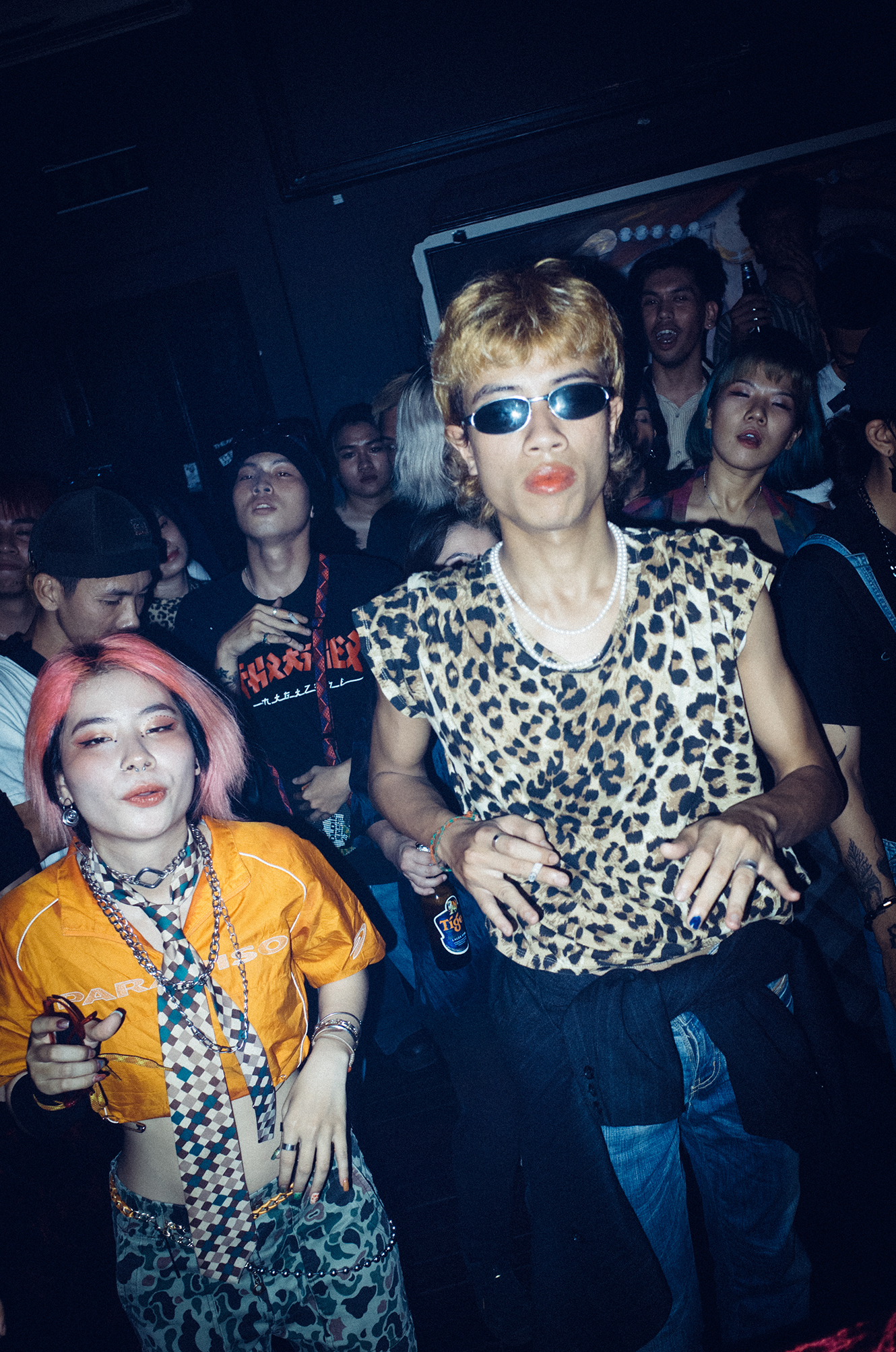 It was clear to them that there was a need for something local, free and inclusive. And if you fuse this desire with the 'nhà bay' concept, also called the 'Fly House' concept (where you rent a place and then you party there), that’s how Gãy was created.

Gãy places a great (if not the greatest) emphasis at making people dance to the finest music — because, what's the best way to connect people if not with high-quality music? But once again, the watchword stays at diversity. From Asian bass to fast Scandinavian techno without forgetting radical Chinese experimental and old-school trance, they ensure that no one is left behind. “Vietnam didn’t grow with electronic culture as in Europe or America did for decades. It’s fairly new here so there’s a less purist approach to it,” explains Anh Phi. “On our nights, the latitude of genres and tempo that you can hear is always pretty broad. 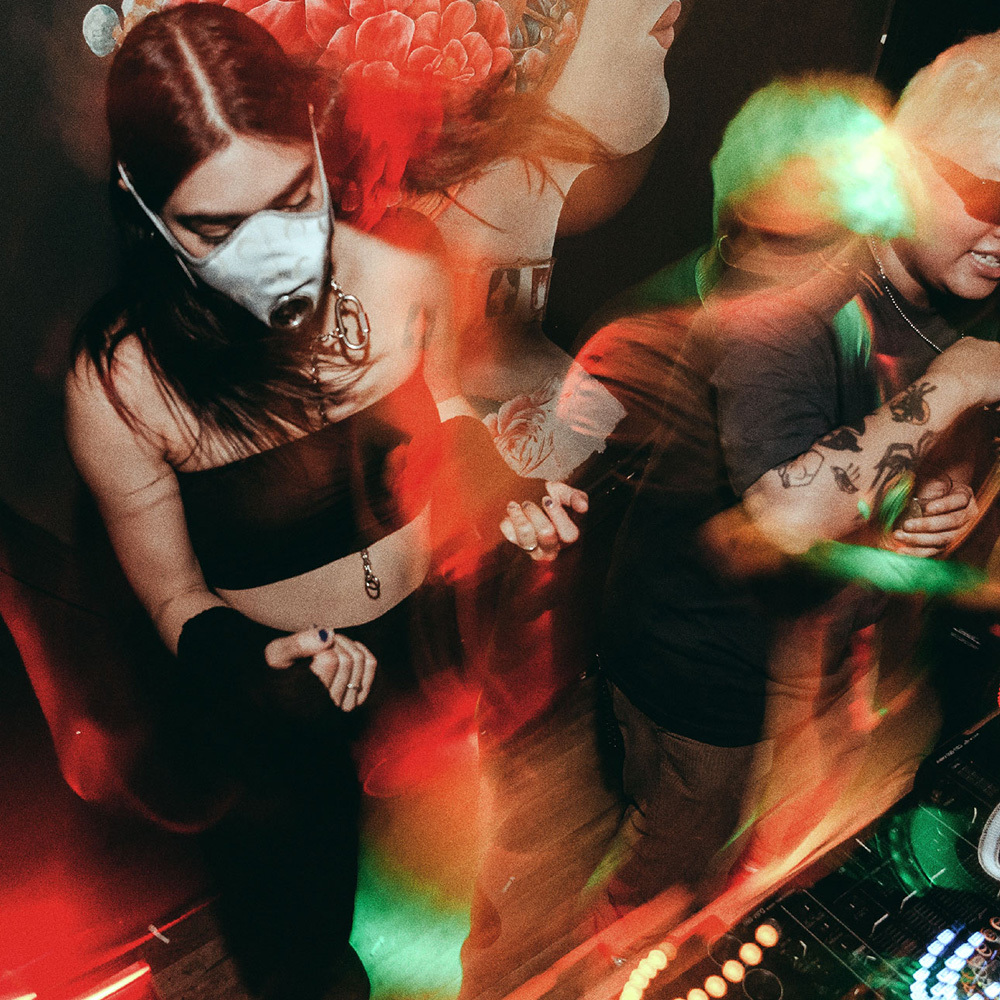 In the end, the collective seems to perfectly representative of the Vietnamese youth: it’s all about duality. “Vietnam as a whole is quite conservative but youths are very progressive and tech-savvy," affirms Celina. "And I think this dichotomy of identifying with traditional Vietnamese culture but also feeling more international because of the internet and rapid urban development create a sense that you don’t fit in since you are constantly navigating two cultural spheres.”

Without a doubt, Gãy holds a very precise idea of how to help the youth in their growth, and it is sure working. But there’s still a long way to go, and even if the Vietnamese scene is expanding, its future is unsure. 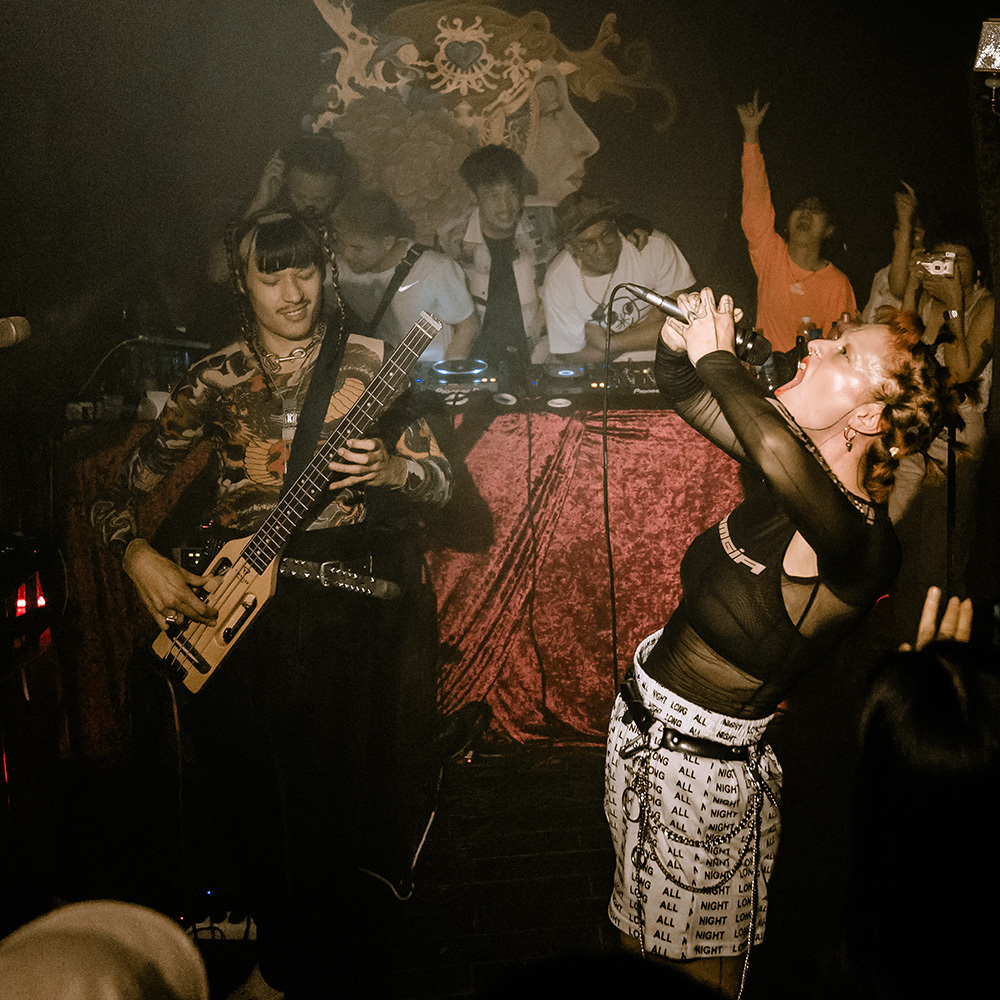 Nevertheless, the collective keeps a positive attitude and places high (and funky) hopes in the coming months. “We are still a very young collective and learning as we go,'' says Celina. “Honestly I just want to throw a really sick rave in an outrageous venue like a Vietnamese EDM club or an abandoned colonial mansion in Saigon. Or there’s this crazy five-story seafood restaurant down the street from my apartment and I’m dying to throw a Gãy party there.”

“The exciting thing now is to explore the Gãy definition in all its corners, whether it is in the form of a party, online content, or an art exhibition,” concludes Phi.

Well, the future is open to them.