The San Francisco-based twosome have been steadily building global recognition for their crafty combination of crate digging habits and their love affair for house music sprinkled with a healthy dash of Bollywood-influenced disco from the 80s. Their creative process effortlessly results in a cultural mosaic composed of an organic feel and loose-limbed grooves that are dripping in unassuming rawness.

Since flying alongside Mumbai-based label and agency Krunk Kulture for their debut eponymous EP, Baalti have proven they can turn heads with the cut of a groove. Their latest outing on Krunk saw them shift slightly away from a lo-fi aesthetic to chunkier grooves that resonate with the decorative 80s disco vocals, exemplified by the sampling of Nazia Hassan's 'Lekin Mera Dil Ro Raha Hai' on ‘Nans’, which was released on 2 December, and Premiered on Mixmag Asia. The nostalgic and textural delight of ‘Marigold’ followed two weeks later when the EP was released on 16 December.

Their first two releases truly embedded them in the South Asian dance music diaspora, and with a third release planned for the coming Spring, Mixmag Asia couldn’t be more excited to have a chance to get to know the pair known as Baalti. 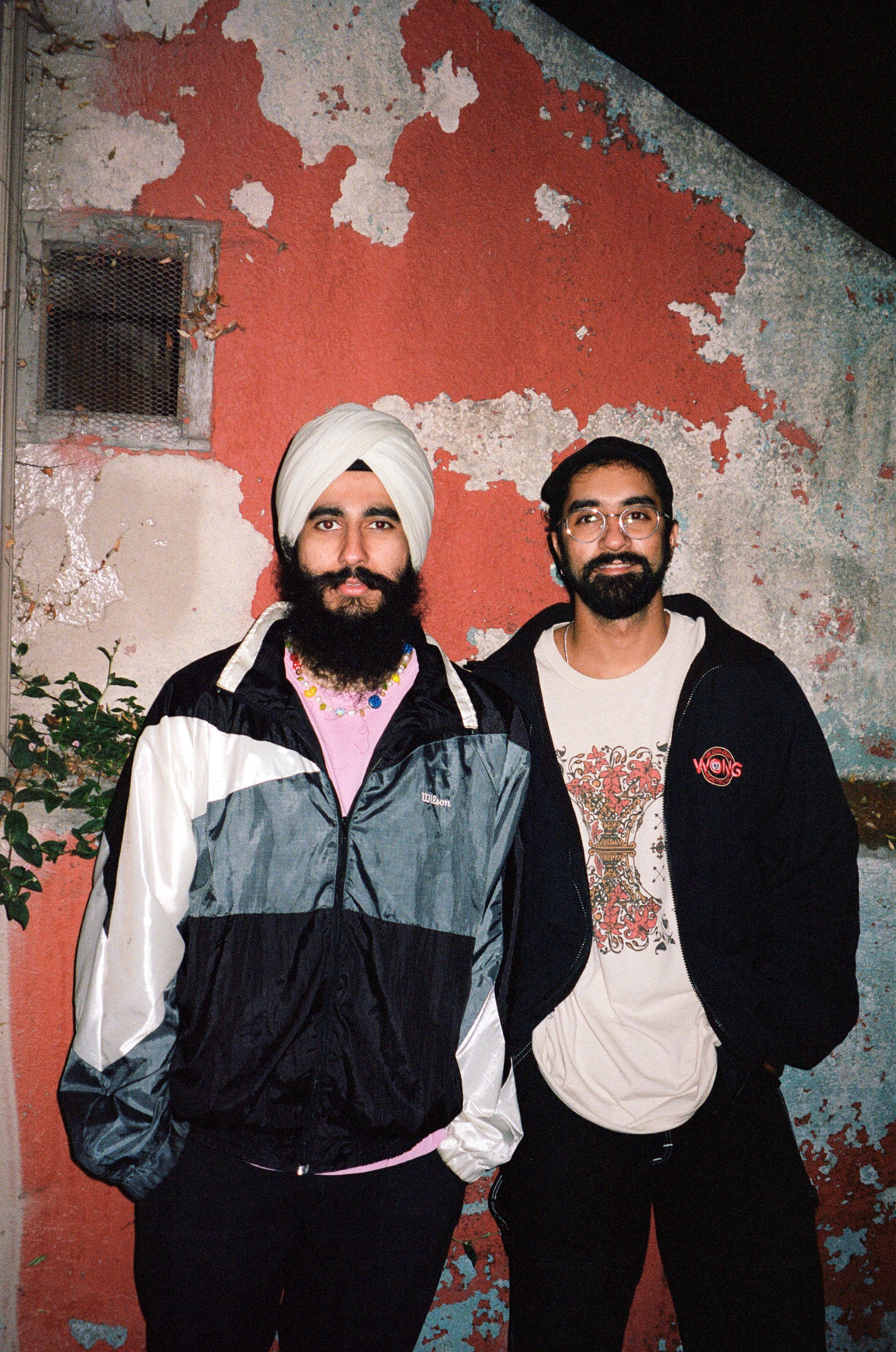 Describe each other in five words.

Mihir’s description of Jaiveer: husband i never asked for

You’re both based in San Francisco. Is that where you both grew up and met?
We both grew up in India, and then met in college when we were 18. We only moved to SF a few years after that. We’ve been friends for like our entire adult lives.

In what ways has the city shaped you musically?
SF’s club scene has been really influential. We used to make more House-y stuff, like what you’ll hear on this release, but SF’s harder, more rave-y sound is definitely rubbing off on us. Keep an ear out for the 2023 releases :)

What’s the best part about living in San Francisco?
Mihir: The really welcoming music communities that are doing so much for the scene. There’s no gatekeeping, and everyone’s willing to share the spotlight and bring each other up with them, it’s really collaborative in our experience.

Jaiveer: Yeah, it’s an exciting time to be a musician here, it feels like the Bay is really buzzing and we’re witnessing a cultural turning point here for electronic music.

What were your musical influences growing up, and when did house music become your thing?
J: I was into funk, punk, rock, dub. we used to both actually be in a band together in college doing like jammy post-punk stuff. At some point I got really into electronica and started making weird electronic loops and stuff on my laptop. That was my gateway into club music.

M: I mostly liked metal and hip hop till college and hated electronic music because i thought it didn’t require any skill. I tried to prove that point to a friend and that’s when I found out that it was really hard and really fun, and I got hooked pretty quickly. I started making hip hop beats by flipping samples and eventually started making house beats with the same techniques. 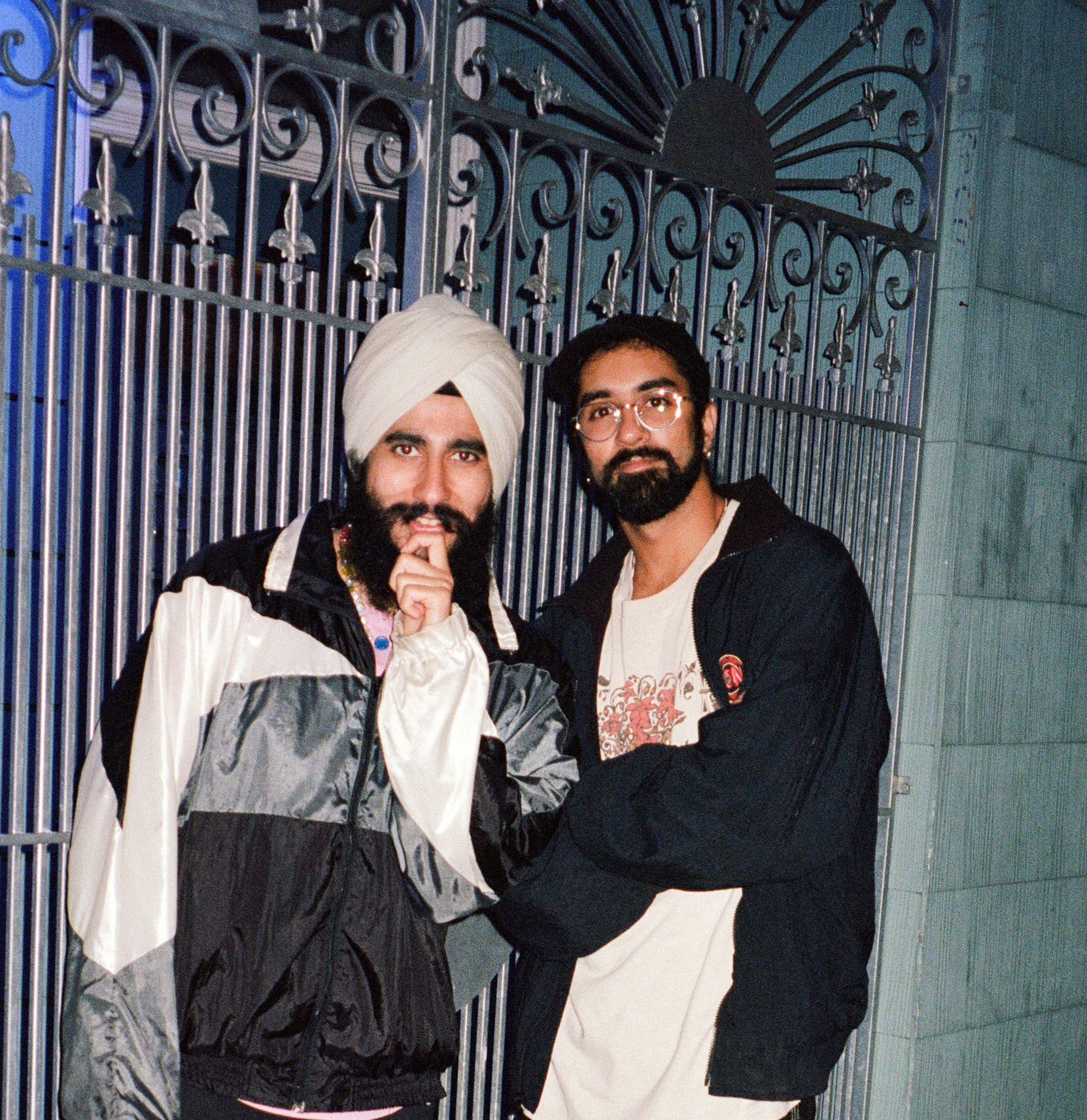 What roles do each you play in the studio?
J: We both do everything, although there’s certain stuff that each of us tends more towards. Mihir’s generally the one who writes the bass lines and zones in on the groove and feel of the track, I’m usually more on sound design, chopping up vocal hooks, adding glitchy bits and textures. We’re both drummers so we both spend a lot of time on the percussion, and that’s really at the core of Baalti.

What defines that ‘golden moment’ when you’re digging for samples?
M: It depends - I usually listen pretty actively for bits I want to sample. Sometimes it’s an unexpected percussion break in a chaotic 80s Lollywood track, and sometimes it’s a beautiful vocal melody in a folk song. The golden moment happens afterwards when I make an 8-bar loop with it and realise that it’s stuck in my head hours later.

J: Anything with masala and feel really.

What’s the most prized record in your collection?
J: I have this really really bizarre, Japanese minimal record that I found at a record fair in Brooklyn, by this artist called “Sympathy Nervous”. It actually kind of scares me, I like it.

Some of the samples you’ve featured in tracks include Ustad Allah Rakha and Ustad Zakir Hussain on 'Ustad', and Indian disco queen Rupa Biswas on 'Kolkata '78'. Have you encountered any difficulties with clearing samples used on your tracks?
The process is definitely long and tedious. Clearing the Rupa sample took about 6 months to sort out with constant back and forth emails with the rights holders.

What is the artistic agenda of Baalti?
We just wanna make music that excites us. We’re connecting South Asian sounds to club music because that’s what excites us and feels good. The representation has been resonating with a lot of people too, which is nice.

You’ve had some exciting shows over the last year, including closing after Bonobo. Got some backstage stories to share?
The one time we went to an afters at an old Chinese restaurant where Kaytranada was DJing. We entered through the kitchen, it was all quite bizarre.

How attached/embedded are you with your Indian roots?

M: Bombay is still home for me, and I try to make it there twice a year to spend time with my parents, family and friends. I also have a cosy Desi community in SF — they include my roommates (including Jaiveer), friends in and out of the music scene, and nearby relatives. Hanging out with them and cooking Indian food and making lots of chai keeps home close.

J: The roots go deep for sure, and I think I’ve been becoming more aware of that as I’ve grown older. I get as hype dancing to Punjabi shaadi songs as I do to bass music.

Are there other Asian producers we should be looking out for making moves in San Francisco?
Check out Tomu DJ, Banksia and 3kelves. 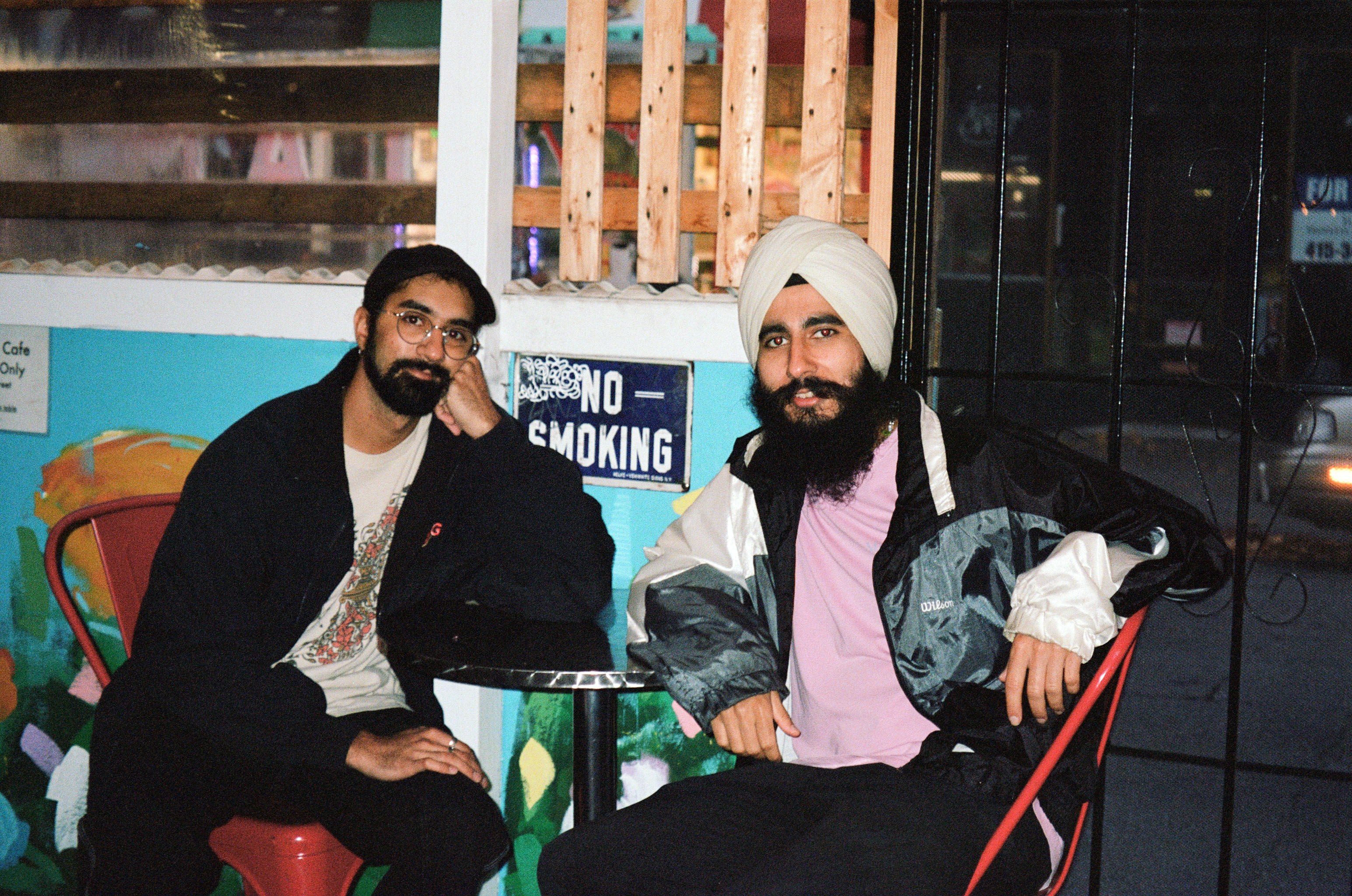 What does Baalti’s live set up consist of?
The heart of it is a giant Ableton project in which we’re chopping and warping and sequencing samples live, using a few controllers to trigger and manipulate clips and loops. Lately we’ve been using a Digitakt to layer more drums and samples on top of that, and we usually also have a hardware synth like an MS-20 as well. Sometimes we also throw in some guitar pedals like delays and reverbs for external effects and use a DJ mixer for even more effects.

Are you interested in pure DJ sets with no live equipment?
Yeah for sure, we love DJing and do lots of DJ sets as well. It’s totally different from the live set and really fun and creatively satisfying in a different way. Plus, it’s also great to show up to the club with just a USB.

Is Baalti going to continue being an American-based outfit, or do you see yourselves being planted in other corners of the world?
That’s a tough one tbh. We love the Bay Area and the music community here, and see ourselves being here for the near future. But we’re also open to exploring other places - London, New York and Berlin have been on our minds.

If you could collaborate with any artist in the world, dead or alive, who would it be, and why
Four Tet, INVT, Anunaku, Bappi Lahiri, King Tubby.

Any upcoming projects you can tell us about?
Yes! Got a big big EP coming out in March :)

It’s our most ambitious and fully realised project yet, it’s all our thoughts and feelings and sounds from the last year squeezed into 5 tracks. Beyond excited for it.

Baalti 'Nans/Marigold' is out now on Krunk Kulture. Grab your copy here.