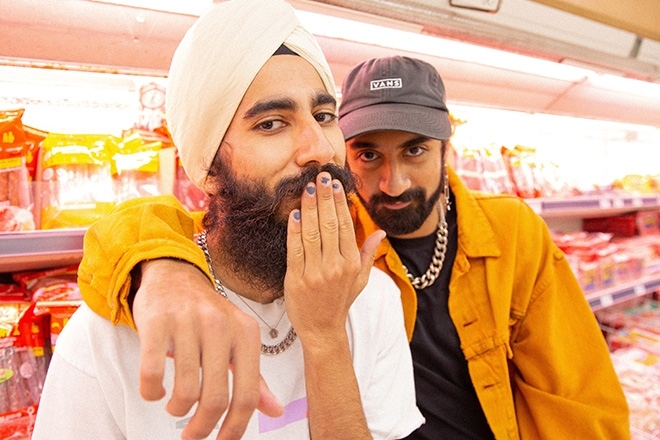 Crate digging through old Indian records is what brought Mihir Chauhan and Jaiveer Singh to explore a shared vision for music and create the playful entity called Baalti.

The San Francisco based Indian duo have an affinity for what could be considered awkward sounds fit into a smooth setting. It’s as though they’ve found their own missing elements in dance music that stem from their heritage where a plethora of cultural backgrounds come into play. This domestic universe of nostalgic sound rummaged from bins of classic Hindi, Gujarati, Punjabi and Bengali music appear at the forefront of their Baalti’s vision.

Coming in strong on their second release with the richly colourful Indian imprint Krunk Kulture, Baalti’s Baalti EP features 4 lo-fi-tinged tracks that float comfortably in the dance space. There are at least two good reasons why our track of choice for today’s Premiere is ‘Kolkata ‘78’ — for starters, it’s just a perfect mellow summer groove. Secondly, we caught a sample of Indian disco legend Rupa Biswas (which must have taken the label team plenty of time to get cleared!). Her Disco Jazz LP became a highly sought after record, which subsequently got re-pressed in 2017 and 2019.

According to Jaiveer, “This track is probably the reason Baalti exists. Mihir sent me a super early demo of this track and I was so enamoured I just knew I wanted to do something with this vibe, and that’s how we started making music together as Baalti. It’s got a sample of Rupa Biswas on it, and she’s just so amazing, we’re really glad we got to work with her music and do something fresh with it.”

And Jaiveer couldn’t be more on point — ‘Kolkata ‘78’ definitely feels like a paradisiacal revamp of Rupa laden with mellow chords, washed up island drums and a sprinkle of beach disco. It's straight up beachside magic for those who seek it, and the pair have established a fine balance between the raw and ripe elements.

Baalti ‘Kolkata ‘78’ drops this Friday and the Baalti EP next Friday 27 August on Krunk Kulture. You can pre-save it on Beatport here.