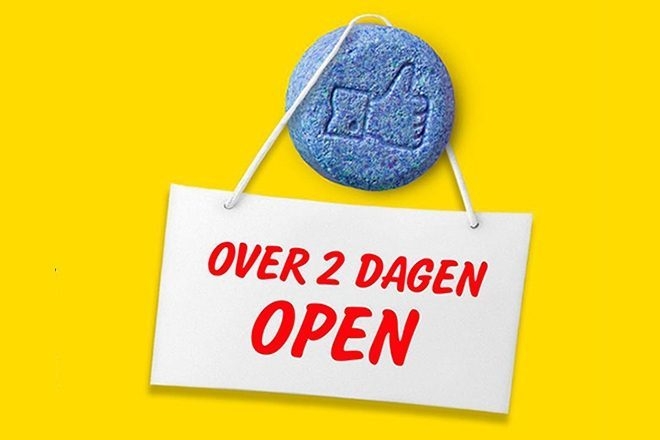 A trial of the world’s first ecstasy 'shop' is set to open to the public on Friday, July 15, in the city of Utrecht in the Netherlands.

Just outside Amsterdam, the MDMA demo store named ‘De XTC Winkel’ — or The Ecstasy Shop in English — will remain open until mid-September.

As you may have guessed, since ecstasy is illegal in the Netherlands, no drugs will be sold on the premises. Instead it's operating as an exhibition of new drugs museum Poppi, presenting an interactive experience of how an ecstasy shop may operate in an imagined world or future where ecstasy is legal.

Poppi describes itself as “the worlds' first interactive drugs museum - [aiming] to open the conversation about drugs, build bridges, and break taboos.”

Its website introduces the concept by stating: “Suppose the government regulates the sale of ecstasy. What does that look like? Can anyone buy it anywhere? Or would you prefer an age limit and strict supervision? You decide! Come to the ecstasy store and test it out.”

The Ecstasy Shop will give information on the potential service and aim to prove its ability to aid harm reduction to the government.

It also hopes to engage stakeholders and open discussion on the potential for regulation in line with the store’s supportive company Mainline, a harm reduction service in The Netherlands.

I'm getting the train to Utrecht in the Netherlands on Thursday for the opening of the world's first MDMA shop.

Alongside this, the store will demo selling the drug using different models and will disperse dummy pills to visitors with information on regulation policies.

In the Netherlands, the possession and sale of 'hard drugs', including ecstasy, is prohibited by law. There are more relaxed laws around ‘soft drugs’ such as cannabis and hash.

“The Netherlands, in part because of the illegal [market] issues, and in part because, well, it's the Netherlands (which has historically been [very] pragmatic on drug policy) is perhaps the country where the political and public debate on MDMA regulation has made the most progress,” Rolles added on Twitter.

Tickets to visit The Ecstasy Shop — which is located at Vinkenburgstraat 1-3, Utrecht — are priced at € 10, or €8 for students. Find out more here.