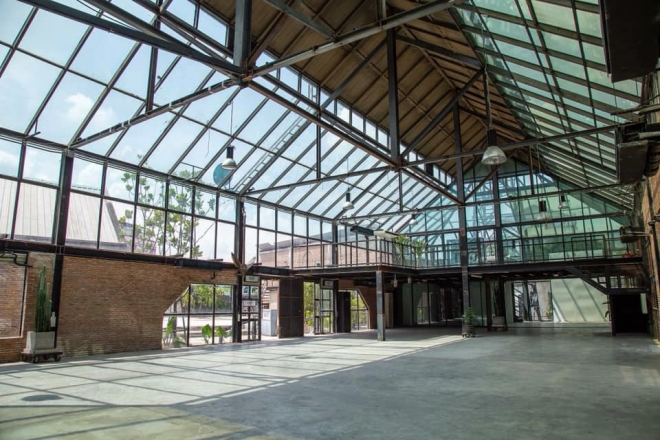 From fairytale castles to weekenders in the jungle and their iconic sunset cruises along Bangkok’s Chao Phraya river, Karma Klique are preparing to debut their latest concept: a 10-hour warehouse party in the centre of the city.

The day-to-night affair unfurls on October 26 at ABOUT Studio, which is just a short 20-minute ride from central Bangkok. Embodying some serious industrial warehouse vibes, a rarity in Asia, the vast open space will be converted into a feast for the senses delivering world-class sound enhanced by immersive visuals and installations across two floors.

The lineup features four international headliners including CPI from Spain, Spanish tastemakers Marc Pinol and Capablanca, Vladimir Ivkovic from Serbia via Germany, Yoshinori Hayashi from Japan and Rifain from France via Vietnam. They will be supported locally by Sunju Hargun and Jirus.

“We’ve always been very selective in our musical curation and this will be no different,” said Sunju Hargun, music director and co-founder of Karma Klique. “We don’t care how many Facebook followers the artists we book have — our focus has always been on quality, providing a platform for the very best international and regional talent and we’ve been pleased to be able to introduce our audience to amazing music from artists they may not be familiar with.”

In case you’re not familiar with Karma Klique, if you don’t win tickets, you should still consider supporting this stellar event with your hard-earned dinero. The Karma collective lives up to their name and spread good karma by redirecting profits from their events into a range of projects. To date, the charity-minded collective has contributed more than 400,000 THB to a range of charities including Warm Heart Worldwide, the Duong Pradeep Foundation and the Klong Toey Music Program.

To win tickets, head to the Mixmag Asia Facebook page, like the Karma Koncrete post and tag two friends that you’d like to bring. Winners will be selected at random and notified after the contest closes on October 20th at 5pm BKK time. Karma Klique has graciously (as usual) upped the ante, and in addition to three free tickets, the winner will also receive a Karma Koncrete t-shirt and keyring.

Otherwise, tickets are available at Ticketmelon or you can follow the Facebook event page for more information.

See the venue teaser below.