Bangkok is boisterous with local talent these days and there is certainly something special about its dance music scene. which while small is enchanting more and more artists to set up camp in the Kingdom. But Sunju Hargun, who is of Indian descent but was born in Thailand, has been at the front lines of it since the beginning. He’s spent the last 13 years establishing himself as a local hero and helping spots like Glow and Grease develop into the city’s go-to underground spots with his residencies and club nights. As the industry there continues to grow, so does the presence of festivals and last year saw Sunju sharing stages with Seth Troxler, Jamie Jones, Richie Hawtin, Loco Dice and Hot Since 82 when they were in town.

His music has come to be defined by his dark and minimal sounding melodies but he’s also got an alter ego that he used to producer under called Moodwax and it represents his softer side of house music. Under it, you might have heard some of his tracks played on Annie Mac’s BBC Radio 1 and he was also given a guest slot on Mark Knight’s radio show. Under his own name, he also won a competition remixing This Is Our Night

Now once again releasing under his own name, Sunju along with his Canadian companion Forrest will see a four-track EP released on Tiga’s label Turbo Recordings this year. Mixmag Asia caught up with Sunju to talk about how he hooked up with Tiga, what makes Bangkok tick and why he only wears black (we have a pretty good guess). 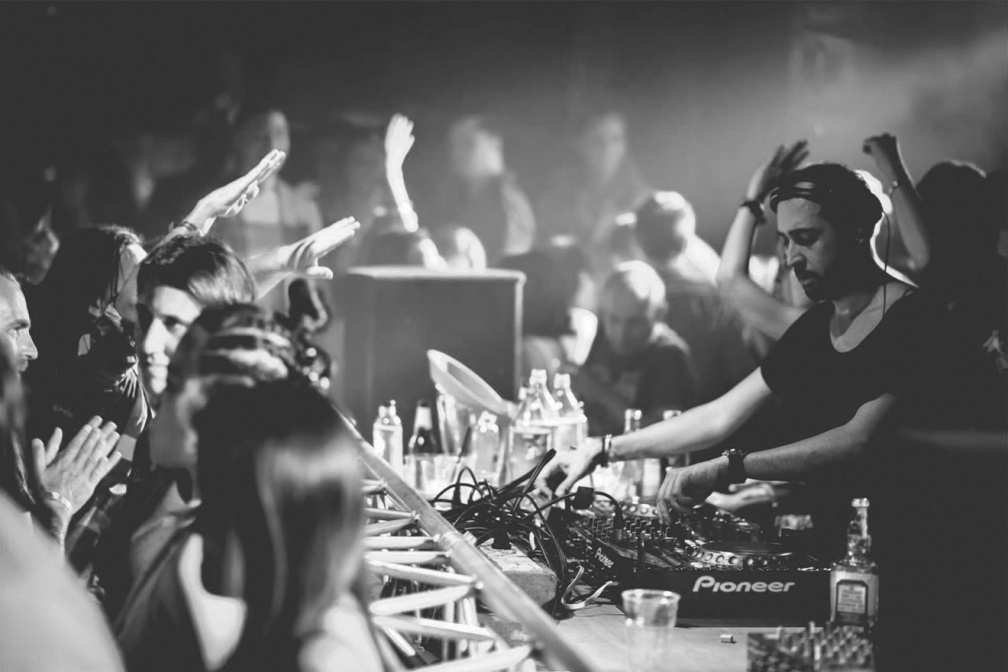 How did you first make your entrance into the music industry?

I’m very blessed to have people around me in my life that have been in the music industry for sometime, they share their experiences with me and guide me through it, so my entrance to the industry actually happened quite naturally, but it all came down to really understanding how the business works by attending music conferences like ADE in Amsterdam and just being involved in the scene as much as I could.

Connecting with label managers and speaking with international artists when I got to sit down with them personally really taught me a lot about how to shape myself as a growing artist. Bangkok, on all accounts, is often underrepresented.

What do you think makes the underground dance community special there?

The fact that it’s a very small scene is what makes it special, there are like-minded people who are here and have so much passion and are willing to support one another and that I believe is very important for the community. Being a DJ in Bangkok for quite a few years now and seeing many people come and go, the ones who remained be promoters, producers, deejays and club owners are the ones that are going to lead the scene forward the right way.

The underground scene is stronger then ever now with clubs like Glow and Grease in Bangkok giving an opportunity to showcase local talent. Festivals and event brands like SIXSIX/Mixmag Asia, Retox Sessions, Wonderfruit, Tempology and local legend Kolours offering top class and creative production and bringing international artist from A­Z. 2015 is looking brighter then ever and this would not be possible without the love and support we receive from the community.

What song can you always count on to rescue dance floor?

Domino by Oxia has been a recent rescue to the floor for me, being such a well-known classic I feel that the elements in the song really catch people’s attention and it’s almost hard to resist dancing.

What’s your personal music policy in the music you play?

It’s really important for me to understand that there is a fine line between giving a party and educating at the same time. Most of the dance floors I play at you will probably have 80% of the club understand the music and the rest don’t have a clue what your playing but are there for good vibrations. With the music, no matter what genre or the sound let it be dark, happy, melodic or even dirty it has to have the funk and bounce to it as that is very important for me.

Moodwax I would say is my soft side. It’s much deeper, melodic and soulful sounds where as Sunju is darker and minimal. I can say for sure that they both lean towards different shades of electronic music.

I started the alias in 2010 as I was working and experimenting with downtempo, deep house and chill out tracks but needed another name to go under to release them. My first project was a fun edit I did in about 6 hours of the famous song by Bob Marley ­ Sun is Shining, which out of surprise received almost 60,000 plays on Soundcloud and 80,000 on YouTube in a couple of months. This then led to creating more remixes and edits under a sub brand called Love for the Herb, which then eventually became a household event once a month at Glow Nightclub in Bangkok for about a year. Although recently I have taken a step back from releasing with any labels under this moniker because I want to focus more on my original name and just make music while being free under one roof as it can get confusing sometimes for the audience and listener.

Tell me about your earlier days as a drummer. Were you playing in a band? Do these days have any affect on the kind of musician you are today?

Drums are an essential instrument, which is part of my musical upbringing and plays a huge role now in my productions, as it’s the first thing I do when I start a new track. I did play drums in high school in a band but it was just for fun, we had a few shows in school but that was about it.

From where and who do you draw inspiration from?

Inspiration for me comes at random times, as it could be somewhere I go, see or watch. Most of the time I like to believe I’m inspired by good vibrations, especially after I finish an amazing gig or I have just witnessed an amazing set from an international artist then I know that’s the best time to work on something right away. There have been moments in my life where I would come home right away after a gig and start working on something with no rest at all as I have this fire and energy in me in that I’m curious to find out what the results are going to be. Lastly, I would like to mention a special someone who has been my biggest inspiration lately and is the director of where my sound is going today.

When producing music, what sort of elements do you find yourself always adding that you think come to define your productions?

As a growing producer I’m constantly evolving and learning new things everyday. I always like to experiment and explore different ways to approach my music to put myself on the edge and step out of my comfort zone. In most cases, the bassline and drums are the essential elements for me that can define my productions and keep them as mysterious and hypnotic always.

Your sound is often described as nostalgic. What’s your favorite period for electronic music and why?

Taking a close look into how electronic music has gone in circles over the years, I felt that the best times were when there was more quality over quantity of music being released. With the increase of labels and artists coming into the scene, it has come to a point where there is a lot of amazing music nowadays, but there is also the bad music that is being released just for the sake of it having to be out there. I do enjoy the classics a lot, but I would have to say my favorite period for electronic music is now and I’m so excited to move forward always and stay ahead.

How did you end up connecting with Tiga and getting an EP out on Turbo?

Two years ago I had worked together with this Canadian artist named Forrest who is extremely talented and our first collaboration got signed to Steve Lawler’s Viva Music. After that we decided that it was a good time to follow up that EP with something bigger so we worked on a few more bits and ideas and ended up with four big dance floor bombs that we held with us for about two to three months to play out and test the reactions on the floor. A few weeks ago, I got an email from my partner and he said that Tiga was interested in the tracks and by that time we were already seeking a home for them so we said yes immediately. What was especially amazing was that I had made a list of labels four months ago that I had wanted to try and be signed with and Turbo was one of them, so I’m really happy about how this worked out as I have a lot of respect for Tiga and for how he has contributed to the electronic music scene.

Where do you see yourself in five years time?

Somewhere around the world, doing another interview with Mixmag Asia. And always doing what I love and live to do, which is making music and sharing the love with the world, there is nothing better than living your passion.

Describe your look and the reason behind the clothes you choose to wear?

When I started off as a DJ, I always told myself I wanted a uniform to wear, this eventually turned into a color and that was black. It’s quite nice because it gives my personality and me an identity. Will fill you in a little secret, I always request my friends to wear black when they come to my event and I think it has become a real thing (laughs).

Full disclosure: Mixmag Asia facetiously asked this question because we suspect he may be channelling a certain Dubfire for style tips!