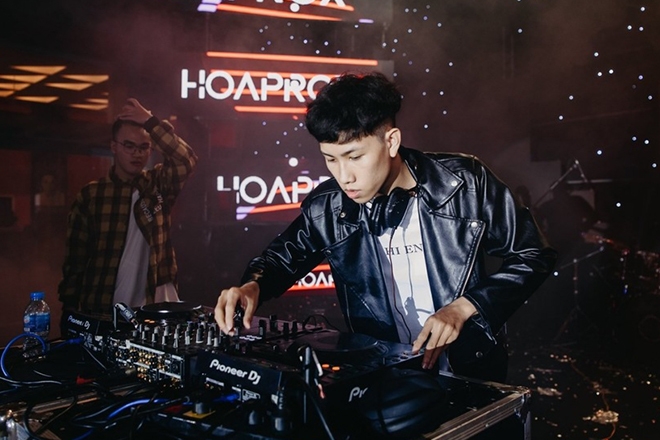 Last week, Hoaprox released a music video for 'Words Of The Wind ft. Minh Flute', which featured on 'Billboard Presents: Electric Asia Vol.3' compilation album. The song combines EDM with a traditional Vietnamese instrument called a Sao Meo and has brought the artist a lot of attention. The video uses animations to create a futuristic natural space that magnifies the chemistry of mixing new with old, just like his music. Watch the video below.

Apart from this video’s success on the internet right now, Hoaprox is also enjoying a moment in the mainstream spotlight. This young talented producer has just picked up production credit for Vietnamese singer and rapper Jack’s new song called ‘As A Boy’ (Là 1 Thằng Con Trai). The song also marks a return from Jack, who was absent from the music scene for a couple of months and is also the first time for Hoaprox collaborates with the pop singer and rapper. The music video was released on March 10 and quickly became the number one trending video on YouTube Vietnam within a day after amassing more than 35 million views.

Hoaprox is just 22 years old and catapulted to stardom in Vietnam after being the youngest winner ever of ‘The Remix New Generation 2017’ competition on national TV. This is likely because at 14, while his friends were playing video games, he was exploring music production on his computer. Fast forward a bit and the young artist has proven his prowess across multiple electronic music genres including progressive house, future bass, trap, dubstep, nu-disco and future house. Today he’s known in Vietnam as being a musical phenomenon and is just starting to spread his influence to the rest of Asia after his ‘Ngẫu Hứng’ garnered more than two billion streams in China.