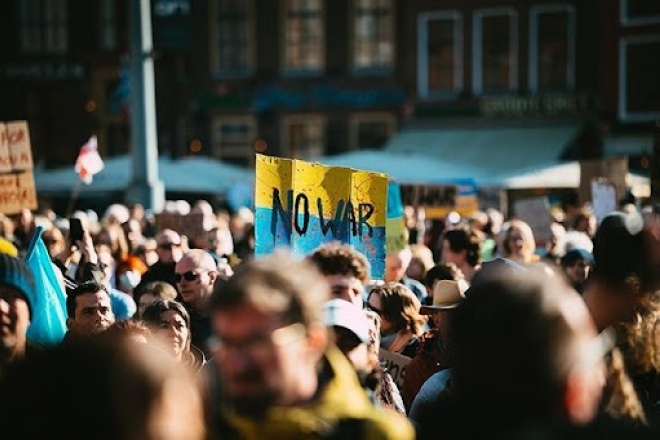 Ukraine’s parliament has agreed to ban some Russian music in a new step of ‘derussification’ by introducing a new bill that restricts media created or performed by Russian citizens after 1991.

Russian music post-1991 will therefore not be played on television, radio, public transport and more, so that instead there can be an encouragement of the Ukrainian language.

Ukraine name this process as “derussification” and are using it to undo centuries of policies aimed at ending Ukrainian culture and identity.

This new law will mean that 40% more Ukrainian songs will be played on the radio as well as increasing the use of the Ukrainian language in daily programmes to 75%.

Ukrainian parliament had 303 of 405 members agree in the vote to ban some Russian media from Ukraine as it will “minimize the risks of possible hostile propaganda through music in Ukraine and increase the volume of national music products in the cultural space," the BBC report.

Read this next: Behringer warns of chip shortages due to Ukraine factory shutdowns

As well as this, another law was also approved on the ban of books in the Russian language therefore all printing and distribution will end.

However, if Russian citizens renounce their Russian passport and choose to have Ukrainian citizenship they can print books once again, this is the same for artists who are against this war in Ukraine may also apply for an exemption from the ban.

This ban only applies to those who had Russian citizenship after the fall of the Soviet Union in 1991.

Read this next: A list of ways you can support Ukraine

These two new laws will be introduced once they are signed off by Ukrainian president Volodymyr Zelenskiy.

Ukraine’s culture minister, Oleksandr Tkachenko, has said he is “glad to welcome” the new restrictions adding that the laws are “designed to help Ukrainian authors share quality content with the widest possible audience, which after the Russian invasion do not accept any Russian creative product on a physical level,” according to The Guardian.