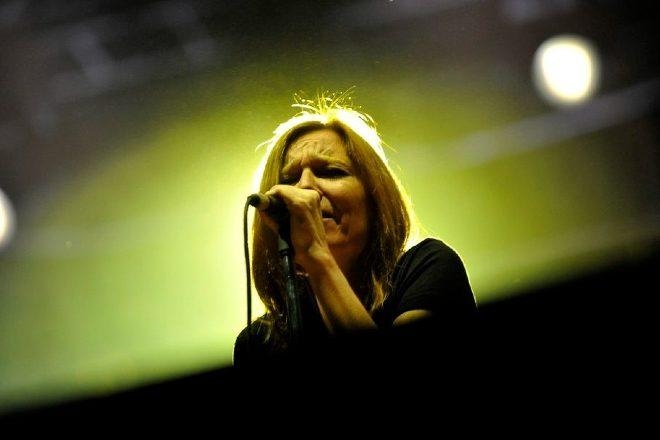 Portishead have joined forces with streetwear brand Stüssy on a t-shirt that is out now.

In homage to the iconic 1994 album ‘Dummy’ the new t-shirt features an image of the album artwork in the colours blue, black and white.

According to Stüssy, this is the first time the band has worked with a clothing brand in their 30 years in the industry.

The Bristol band’s new tee will also be available to purchase at some Dover Street Market stores from June 24.

Read this next: Get to know Manic Mundane, the Filipino artist at the cusp of cinematic electronica

The collaboration was announced earlier this week with a video similar to Portishead’s ‘Wandering Star’ music video.

"The shirt design replicates the cover of their classic 1994 debut album, Dummy, with the image coming from a film they made titled To Kill A Dead Man. The film, directed by Alexander Hemming, is a spy movie that revolves around assassination and its aftermath."

Portishead have also digitised their archives of work and reunited in Bristol for their first show in seven years for a Ukraine charity concert.

Read this next: Monkey 47 & BAPE bring about a capsule collection that hones their individual crafts

In a statement, the band said about the charity event: “We are really pleased to be able to support the people of Ukraine by performing a few songs at this event in collaboration with the amazing War Child charity.”

Check out the new ‘Dummy’ t-shirt below.

Get your very-own 'Dummy' tee here.