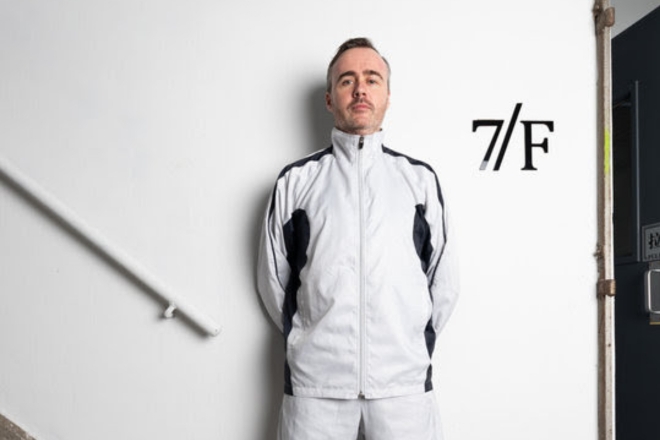 Yeti Out — a London-Shanghai-Hong Kong creative abridgement — continue to step up their A&R virtue with strong releases from their musical baby, Silk Road Sounds.

From signing Hong Kong band N.Y.P.D., who delivered a monumental sold out show in December (during a lucky break the city was enjoying from the pandemic restrictions) and a hefty nine artists coming together for their remix album earlier this year, to Closet Yi’ mind-bending 'Speed Heals' EP from last year which saw her single ‘Pike’s Pique (Hill Climbing)’ take Asia by storm — the Yeti boys seem to know what we don’t know we want yet.

Label honchos Arthur and Tom Bray turned to The Magus Project for a special double EP release titled ‘THEN / NOW’, from which the eponymous single dropped earlier this month on March 18. Have a listen below.

The Magus Project is Hong Kong based British musician James Banbury, recently also known to us via Blood, Wine or Honey who who give us dance-floor friendly experimental disco from a band of just two.

Banbury launched The Magus Project 30 years ago on Rhythm King Records at a time when it was at the forefront of British dance music unleashing artists like Moby, Bomb The Bass, Baby Ford, Leftfield and S-Express onto the world. His debut release ‘Shoss’ EP mixed in James’ London SW15 bedroom with DJ Bryan Gee, and mastered on DAT tapes, with the White Label 12” snatching a no. 41 spot on the official UK dance chart.

Fast forward to 2022 as the human species edges towards a new frontier, The Magus Project hasn’t forgotten or dropped any relevance from 30 years — Banbury delivers his modern approach to dance music with the flair of his heydays still reigning through.

The Magus Project 'THEN / NOW' single is out now on Silk Road Sounds, the full Part 1 EP drops on April 1 and Part 2 on May 6. Grab your copy and pre-order the full EP here.