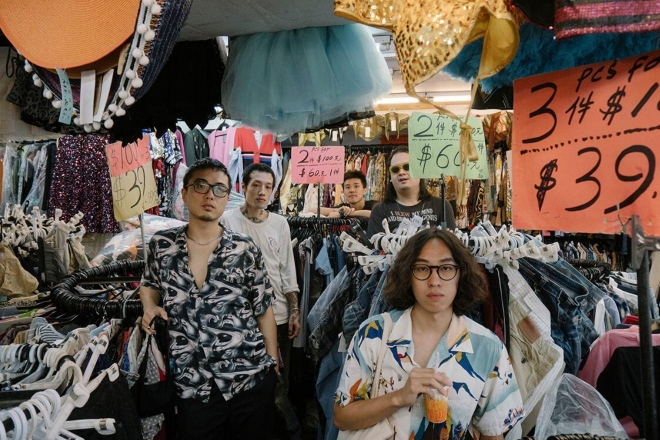 It was only by 2020 that Asia-centric label under the Yeti Out culture umbrella, Silk Road Sounds, when we saw electronica, post-punk and psychedelia band N.Y.P.D. debut their first single, which was soon followed by a full-length album.

The album, вҖҳN.Y.P.D.еҚ—жҙӢжҙҫе°ҚвҖҷ led them to breaking a new milestone for N.Y.P.D and Silk Road, who also manage the band вҖ” on December 10, 2021, the five-man band performed to a sold out hall at Hong KongвҖҷs KITEC space.

In addition to the show garnering plenty of attention from local promoters and artists alike, label co-founder Arthur Bray was also inspired by the level of detail and attention it took to make the show happen вҖ” it was one of Yeti OutвҖҷs best milestone events to date, according to Bray.

Bray shared with us, вҖңWith the unpredictability of clubs opening and closing, last year, we turned our focus onto the label and have been excited to put out a string of releases, followed by this first tape release of 2022, which features remixes from some of Hong Kong's most exciting electronic and experimental producers. This comes as a follow up to N.Y.P.DеҚ—жҙӢжҙҫе°Қ's sold out show at KITEC which we were fortunate enough to pull off just before the government announced another lockdown and curfew. Keeping on, keeping on.вҖқ

N.Y.(rmx)P.D. is out now on Silk Road Sounds. Have a listen below, or grab your Cassette Tape copy and merch here.