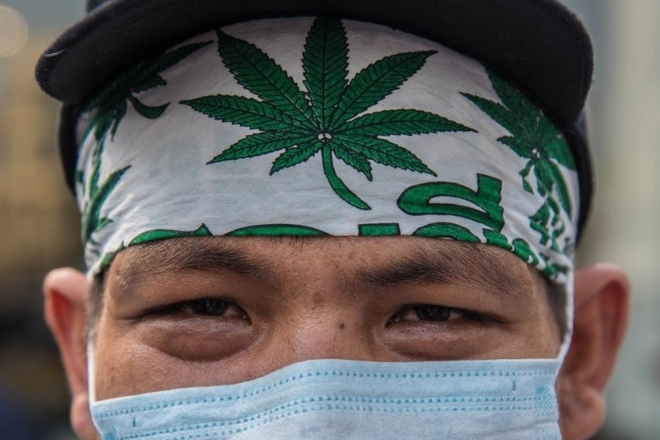 Thailand may be a tourist hotspot for hotboxing right now, but not all other countries have followed suit. Several Thai embassies across Asia have warned travelers from the Kingdom not to bring along cannabis or related products.

Thai embassies located in Cambodia, Indonesia, Japan, South Korea and Singapore have advised against bringing weed or related products into their countries since doing so could lead to jail time, fines and even the death penalty.

Read this next: Asia hits all-time high in number of seized drugs

The Central Narcotics Bureau (CNB) of Singapore also reminds its citizens that those caught using cannabis in any form even when abroad will not go unpunished; "(Under) the Misuse of Drugs Act, any Singapore citizen or permanent resident found to have consumed controlled drugs outside Singapore will also be liable for the drug consumption offence."

Meanwhile, the Thai embassy in Seoul announced via Facebook post that citizens of Thailand heading to South Korea, both visitors and those already residing in the country, mustn’t carry cannabis, hemp or products containing the plants. Offenders will be punished according to south Korean Law, which includes life imprisonment and deportation depending on the violation.

Severe penalties are also put in place by the governments of Japan and Indonesia, in which the latter has added the death penalty since 1997 for those convicted of drugs in the country.

Read this next: Thai citizens celebrate the country’s legalisation of weed with a two-day music festival

Bordering with the Kingdom of Thailand, Cambodia’s Aranyaprathet immigration office in Sa Kaeo has put up signage warning anyone crossing into the country to refrain from bringing anything cannabis-related along with them.

Though already legalised in Thailand, cannabis is still considered a narcotic drug in other Asian nations. For now, Thai citizens will just have to light up from the comfort of their own country.