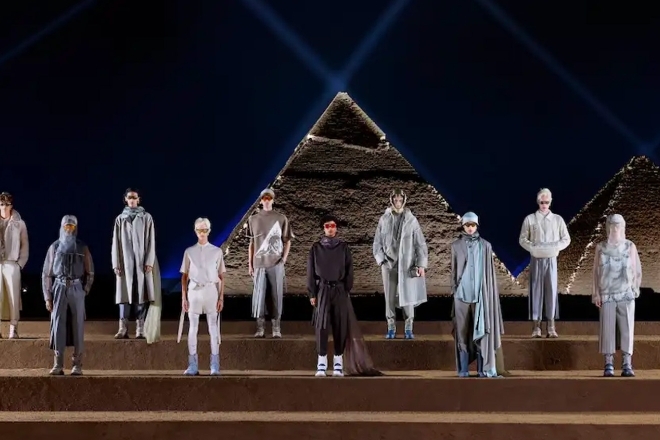 Jeff Mills aka The Wizard has teamed up with Dior in providing music for models to strut to.

‘Celestial’, an ethereal collection inspired by science fiction, was showcased by models strutting down a runway framed by the Great Pyramids of Giza. 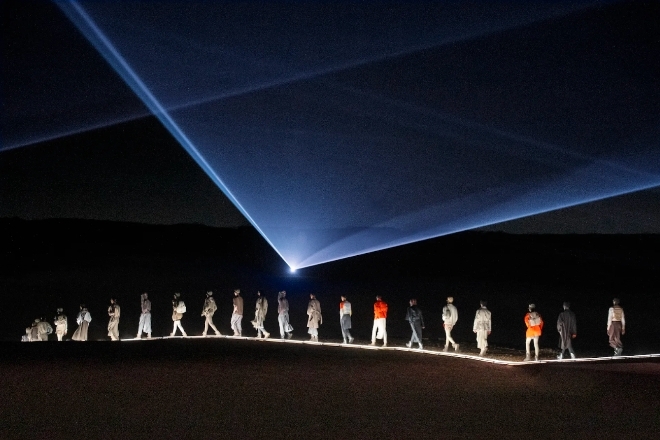 The otherworldly techno sounds from Mills perfectly symbolises the futuristic elements of the 75-piece range.

There have been numerous collaborations between techno artists and fashion brands in the past. A Prada fashion show was held earlier last year during which Richie Hawtin debuted new Plastikman music. In August, Hawtin also starred in the brand’s ‘Prada Extends Tokyo’ video.

As for the Jeff Mills and Dior collab, the techno icon selected several of his classic tracks along with newer ones to fittingly accompany the presentation of fashion.

Here are several songs by Mills that resonated on the runway:
- ‘Microbe’
- ‘A Tale From The Parallel Universe’
- ‘Gamma Player’
- ‘Resolution’
- ‘Step To Enchantment (Stringent Mix)’
- ‘The New Arrivals’

Exalted pyramids, a moody night sky, numerous Star Wars-esque looks paraded up and down the catwalk, not to mention the amazing sonic background… You’ll just have to watch the dreamy show yourself in the video below.