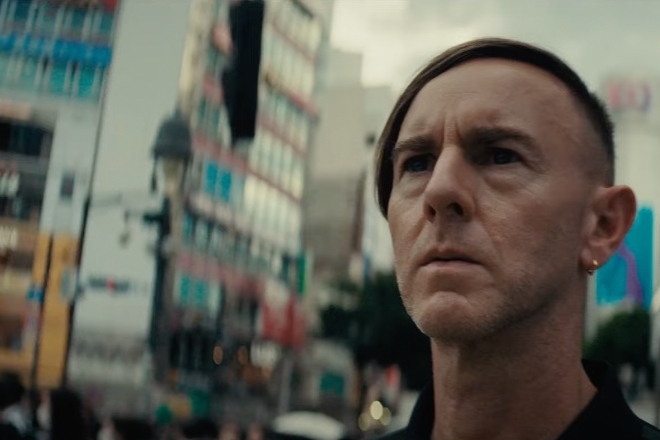 For those unfamiliar with Prada Extends, it’s a series of global events initiated by the Italian luxury fashion house focusing on local musical and visual artists. These creatives are then challenged to connect people, ideas and aesthetics while extending Prada’s identity into new territories.

After its initial event in London, Prada Extends arrived in Tokyo on July 21, 2022 with a talk curated by none other than Plastikman himself (naturally, being a Prada collaborator). After the conversation at the Prada Miyashita Park store in vibrant and fashion-forward Shibuya, a party took place at Terrada — one of Japan’s largest gallery complexes.

On August 4, a behind-the-scenes-slash-montage video premiered on YouTube showcasing Hawtin’s interaction with other creative figures that were part of the Japan leg of the series; South Korean producer, beat maker and artist Lionclad, Tokyo-based artist machìna and Japanese electronic musician/producer Yuri Urano.

“This edition of Prada Extends really pushes us into foreign territory” Hawtin mentions in the video. Prior to this statement, he recalls “I remember the first time I came [to Tokyo], and it wasn’t like anywhere I’d ever been,” as he roams the streets of the Asian megalopolis.

The video also features flashing images of a party at Tokyo’s renowned WOMB club along with clips of the artists engaged in deep conversation about their style of sound and inspirations.

Read this next: Style and struggle break free in Rinsaga’s ‘Saga’

Coinciding with the timeline of events unravelling in the video is a Japanese girl’s account of a typical night-til-morning out on the town, adding another compelling layer to the five-minute tale.

Watch the video in its entirety below.