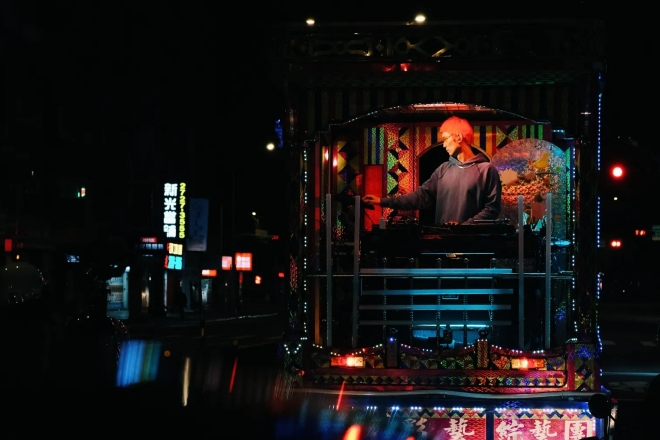 Taiwan Beats serves viewers with a whimsical medley of audio and visual elements, all wrapped up in a journey that introduces audiences to the country’s cultural richness. As part of this year’s SXSW online showcase, six diverse acts were chosen to exhibit their talents. Performances from Sorry Youth, DJ Question Mark, Olivia Tsao, Mong Tong, Sleeping Brain and Elephant Gym — all of which had backdrops characterising Taiwan’s historical and modern-day culture — successfully enchanted viewers through the screen.

Opening each set are short, insightful sentences that are merged with a swift pan and whirl of the camera that guides you into the next performance. The 51-minute audiovisual expedition highlights both historical and modern-day settings with flashes of local elements throughout.

One of the venues highlighted is Pawnshop — the clandestine club that opened in 2019 and has since become stomping grounds for techno, electro, and groovy cosmic disco enthusiasts. It’s considered a haven for both club goers and DJs alike since photography is prohibited. This time instead of having its dance floor flooded with people, we come across the blindfolded electro duo that is Mong Tong.

Read this next: Pawnshop opens in Taipei as a 3-room venue dedicated to underground music 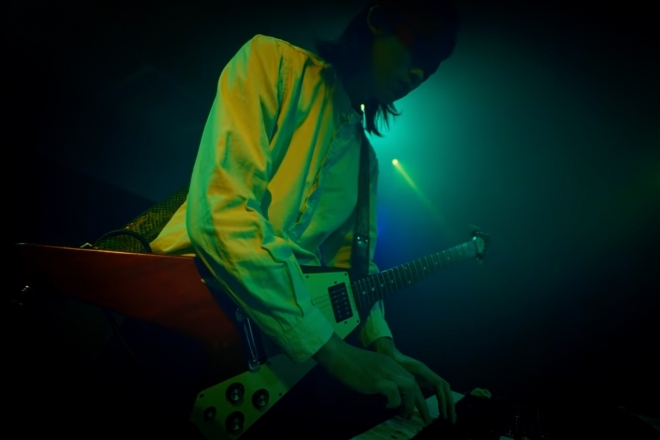 In addition to giving us a glimpse into their experimentation of the oriental psychedelic genre, the official video description adds that “Mong Tong is here to unveil the secrets of Pawnshop for the very first time.” Grabbing inspiration from video game soundtracks and the dianziqin — the Chinese term for electronic organ — Mong Tong produces an enticing eight-minute set filled with heavy bass slaps and bewitching keyboard chimes, visually complemented by subtle flares of strobe lights.

Another set worth mentioning is one from DJ Question Mark, where he’s seen riding through the streets on the back of a neon-lit electric flower car. The brightly-coloured glow from the vehicle — used primarily for Taiwanese religious or funeral processions — fittingly enhances DJ Question Mark’s lively set, where he “collides lively music with the local scene on these colourful mobile units”, mentions the description.

Read this next: Sonia Calico stuns again with a mind-bending music video that mutates the Awa Odori dance in a nearby reality 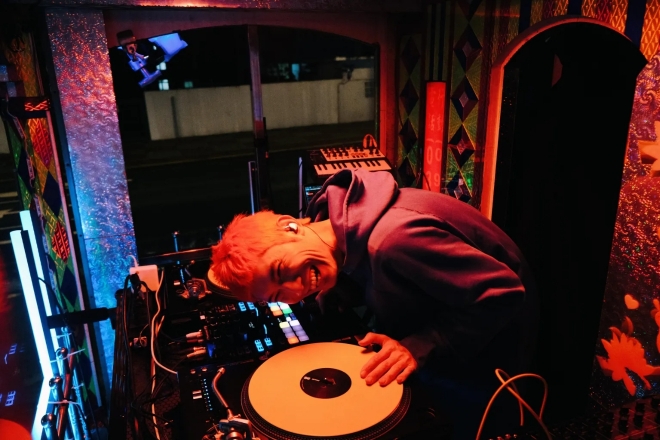 He takes musicianship to a whole other level by alternating between the turntable, synthesiser and flute while switching up the genres and keeping audiences on their toes. Expect to hear a meshing of glitch hop, drum ‘n’ bass, nu-funk and electro swing in this energetic display of talent from the dynamic DJ.

Feast your eyes and ears on Mong Tong’s performance and DJ Question Mark’s set below.

Read this next: Mixmag Asia Radio 082: Hard techno & a splash of trance with HER 他 & SPEED 速度 founder Cloudy Ku