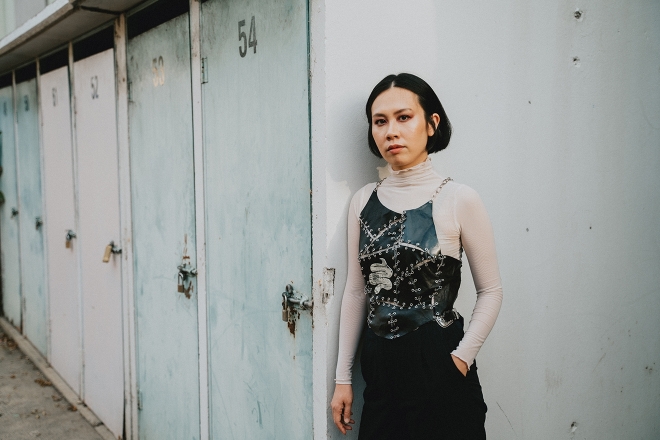 Barrelling through tsunami-esque waves might be one way of describing Cloudy Ku’s DJ sets. They’re thrilling, daring and she’s a technician at reeling you in across an ocean of emotions.

“I play based on a background and feeling from techno music then add everything else into the mix depending on my mood and the energy from the audience, pulling from genres like trance, gabber and all that lies between”, says Cloudy Ku as she speaks to us from her abode of Melbourne (or “Naarm” as she reminded us of the city’s name by heritage), since 2015.

The Australia-based Taiwanese DJ established herself across the Ilha Formosa’s underground scene as an awe-inspiring ambient and techno artist that propagated for gender and human equality. She founded HER 他 as an international record label and event series that strives to promote equality while exploring gender issues that could enhance and community safety, through music and arts.

The name of the label is telling of its focus on gender inequality and sexual minorities with its use of the character “他” (“Ta”) for the brand, which represents a genderless identity.

HER 他 eventually led Cloudy to creating SPEED 速度 as an event series focusing on the same ethical pillars as the label, and with all genres of hard and high-octane music at the omphalos.

Like most artists in Asia right now, the lockdown and our new-found sense of post-pandemic existence has fuelled a never-ending battle for creatives. Cloudy has strived to keep herself as busy as possible though — “I had started both my label and event series (HER 他 & SPEED速度) before the pandemic hit.. It became a struggle to keep these labels alive and in public awareness without being able to run any parties or events. So I created and curated the HER Transmission Mix series, which has released a different artist mix every week since April 2020. I’ve been working extra hard on these projects and that hasn’t changed since the lockdowns…I also play a lot of ambient, electronic, experimental, noise and rock in my fortnightly radio programme ‘Weather Predictions’ on HKCR.”

When we spoke to Cloudy about putting a mix together for us, she mentioned a recording she had from Miscellania’s live streamed opening event, an iconic and staple venue of Naarm. “Australia has had the longest lockdown since 2020”, Cloudy tells us, “so I was really excited to play in a club again and meet other DJs in real life. I played a lot of different genres of music like techno, trance and gabber.”