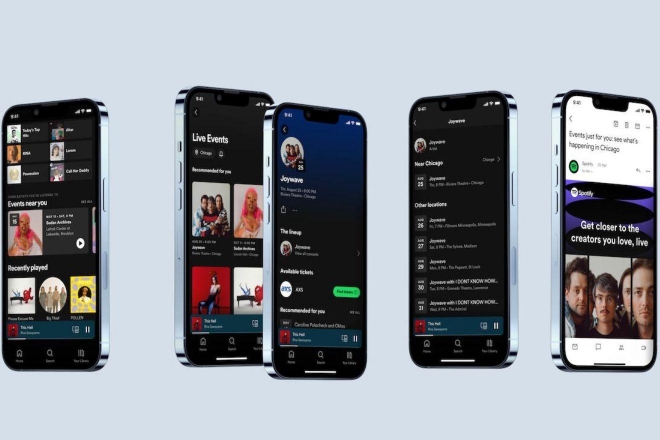 With over 182 million subscribers in Q1 2022, Spotify has the perfect established avenue to lead their users directly to another sales avenue that benefits them without any heavy-loaded marketing scheme. Since their users are already on the platform listening to their favourite artists and discovering new music, the move made sense.

Read this next: What does the return of political ads mean for Spotify users?

According to TechCrunch+, Sam Sheridan — the product manager for Live Events Discovery — had noticed that users were searching for artists on the platform and leaving to find if there were any live performances on other sites. Prior to this, Spotify did have a sector in which their users would be able to find tickets on a third-party website, however, now they’ve come up with a way to cash in on their already existing databases’ needs.

To be able to purchase tickets on Spotify, you would need to be a user (but who isn’t already?). Currently, the platform doesn’t support printable tickets or mail-in tickets. This means you’ll need to pick up your tickets at the venue’s box office with an email confirmation and a valid ID. Though this step might seem an inconvenience to some, it’s an effort to curb the reselling of tickets, which is part of Spotify’s policy.

Think this new addition would help with Spotify’s streaming revenue to artists? Would it come from the extra ‘booking fees’? We’re hoping this is Spotify’s way of re-directing their negative PR and creating a better image for the platform itself (while keeping the artists' needs a priority, of course!).