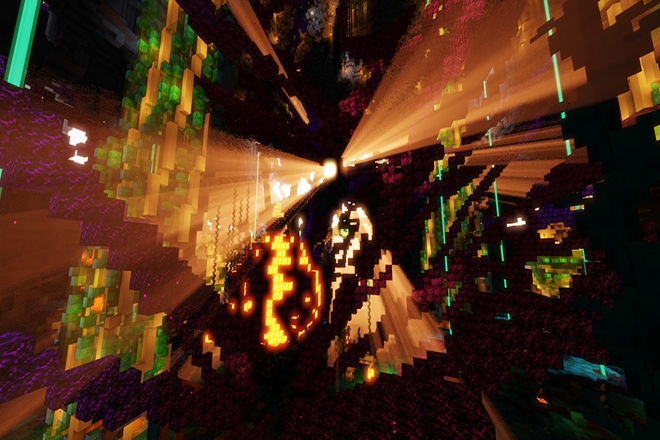 On January 24, 20 geographically-separated DJs will be making Minecraft bounce on two dance floors at Club Matryoshka’s Project Hyphae. This international virtual venue is hosting its second big party on Minecraft and plans to soundtrack a six-hour journey with talented artists from around the globe like BBC Radio’s Mary Anne Hobbs, Taiwan’s Sonia Calico, China’s 33EMYBW, Russia’s Moa Pillar, and more.

These are not just ordinary online DJ sets. Instead, Project Hyphae is a journey deep into the sci-fi heart of Minecraft with story-based gameplay. For Sonia Calico, it’s even more than that. “It’s almost like the perfect dreamy virtual event of the year to me,” Calico said. “I watched several Club Matryoshka streaming events last year because they always have great lineups and crazy visual setups in Minecraft. I really enjoyed them, so when they contacted me to join their next event, immediately I said yes.”

While it’s still hard to replicate the club experience online, this collaboration between Minecraft, Club Matryoshka, and CTM Festival, who is doing the visuals, can make something that is totally new and out of this world. One thing Sonia wants to keep the same is making people dance. “Even though it’s a virtual party and everyone will be joining from home by their computers, my set will still be very danceable. I’m gonna play some of the tracks from my new album among other cool tracks. So I hope we can all take on our online avatars and dance through the set.”

The trailer for the party is here:

Sign up information for Club Matryoshka’s Project Hyphae can be found here.