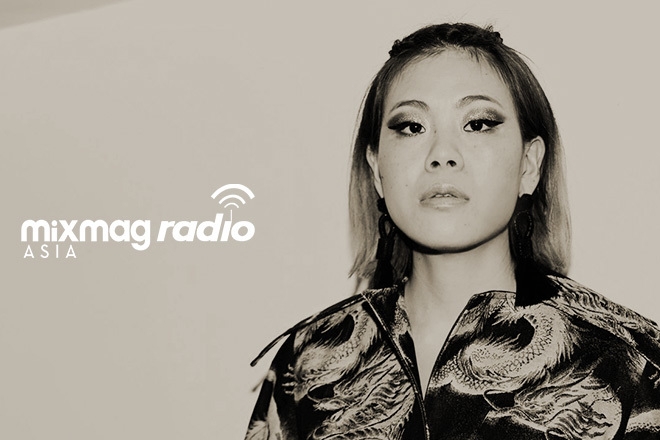 Gazing down at the centre of an avant-garde music arena where electronic and indie meet, DJ, producer and musician Sonia Calico stands firmly as a globally recognised artist who’s also putting Taiwan on the evolutionary map.

Her early days on stage saw her as bandleader of the legendary Taiwanese electro punk band Go Chic, and her upbringing in Taipei really broadened her creative scope to include sounds of mando-pop, traditional ceremonial and folks sounds from around Asia, and Japanese anime soundtracks. Sonia has a knack for music that is, for her, reflective of society’s diverse and contemporary issues. Around 2011, after stepping away from Go Chic, and intermittently being known as Sonia from Go Chic on various productions, the Taiwanese artist set up her own label UnderU as a means to build a collective, and connect with like-minded artists in Taipei and around Asia, while also running a monthly workshop called Beatmakers Taipei. The next few years saw Sonia building a community around a music scene that set on diversity, both by way of society and music.

Speaking about her transitional career, “I started out as a guitar and keyboard player. After the band finished I got serious with electronic music production and started my solo project as Sonia Calico...I would say I've been heavily influenced by the spirit of UK dance music, which is to incorporate different elements from different cultures. This kinda sums up my musical evolution, I like to experiment with different elements that I found in the music throughout my life.” Right now, she’s tuned into artists from around Asia like ASJ, Kelvin T from Hong Kong, underrated Taipei producers like B E N N and 27zig, as well as labels like SVBKVLT from Shanghai.

SXSW, Sonar Hong Kong, ADE and Boiler Room are just a few of the performance accolades Sonia has been able to tuck under her belt in just the last couple of years, but her most distinguished work to date comes by way of her recently released debut long player, ‘Simulation of an Overloaded World’. Sonia describes the messages in her music, "This album is an attempt to simulate the world of the future, to create the vision of a post-human scenario, to imagine the next life form that might arise into the world. In order to reflect the world we are in at this moment, unstoppable progression of technology, over-expanded desires from men and overloaded information to process. 80% of the music from this album was made after the lockdown, it reflects my state of mind experiencing all the musical events that went virtual - we're witnessing the time of club simulation."

For this week’s episode of Mixmag Asia Radio, and our final one for 2020, we’re thrilled to take you on a sonic exploration with Taiwan’s Sonia Calico. Tune in below.