As a music community, one of the things we miss the most from a pre-pandemic world is connecting live music and dancing with friends (and strangers) at the underground club of our choosing (in hindsight, something we might have taken for granted). This catastrophe caused by COVID-19 stripped us of these luxuries and wreaked havoc on the world as we know it. And one by one, pockets of culture and safe havens for the underground community have been closing their doors.

But at the same time, another trend started to emerge: virtual events. Online clubbing may have existed before quarantine but the pandemic has certainly cemented their validity. And for the foreseeable, the future of music lies almost solely on this timely virtual setting. Unfortunately, quantity has been overpowering quality with many performances plagued by technical difficulties ranging from copyright issues, internet connectivity problems and other inconveniences. Sometimes, the promotional content has been just as good as the event it is trying to publicize.

"Club Matryoshka was created to “dismantle structures that weren’t serving us as Filipino and marginalised people, validate our dreams, address frustrations of disbelief and discrimination, escape from club politics, and stop gatekeeping.”

As the lockdown gave rise to virtual live shows, the phenomena of virtual clubs and raves soon followed. All were decent efforts in trying to replicate the experience of live music and the nightlife but none were truly satisfactory. It’s just a fact, virtual shows cannot and will not ever be a satisfactory replacement to the experience of going to a live show — they just feel...disposable. They feel unsatisfactory because it seems like the priority of the music was for it to be marketed rather than shared and experienced. But for Club Matryoshka, a Philippine-based virtual club, it's been the norm since its inception in 2019, long before the pandemic. And for a handful of people who think of themselves as music mutants who previously existed on the fringes of the community, the new normal isn’t so bad. 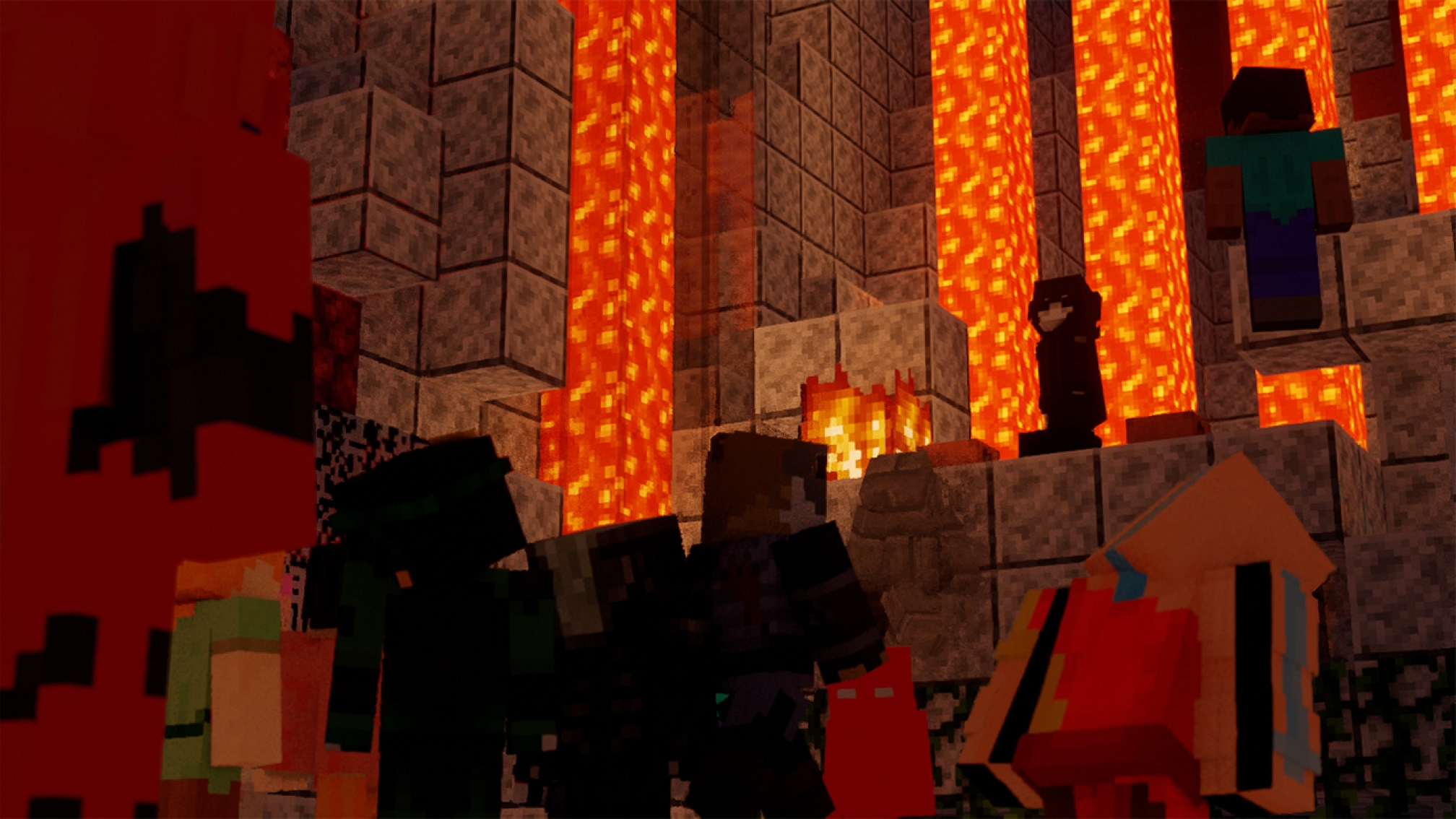 Welcome to Club Matryoshka, a virtual club operating out of Manila and hosted on a private Minecraft server. Since 2019, it's also been a home for underground and unorthodox music mutants and artists around the Philippines.

It was founded on July 13 of last year by a Filipino Minecraft community called Chodes Craft (similarobjects, AHJU$$I, cavill, dot.jaime, John Pope and Patis Del Mundo). The core of Club Matryoshka is made up of this collective, which is composed of creatives, artists and musicians that share a love for the sandbox video game. They chose Minecraft as their platform because they were drawn to its accessible yet modular features that proved to result in amazing experiences. The founders said that they simply wanted to create an enjoyable space that was inclusive and would champion the under-represented and marginalised communities in their craft. Equally operating as a decolonized and political space, it is also meant to be a platform for music’s sake, spanning all genres without shying away from the more experimental and darker sides of clubland.

Club Matryoshka, or Club Mat for short, was created not to imitate existing club structures but to recontextualise the meaning of clubbing, virtually and IRL.

"During other sets, players would parody the clubbing scene’s drug culture and offer each other Minecraft sugar in the virtual bathroom."

In real life, the spirit of clubbing is considerably found in our capacity to experience a sense of freedom, expression and community. Though virtual, expect a visit to Club Matryoshka to go beyond these standards. It’s commonplace to clap and applaud after a musical performance, but in Club Mat, the usual after-show courtesy is to throw virtual meat at the performer. There was even one DJ set wherein listeners started bonfires to cook meat over, replicating a Korean barbecue. During other sets, players would parody the clubbing scene’s drug culture and offer each other Minecraft sugar in the virtual bathroom. Really, the intersectionality of real-life and virtual reality started to blur as the hours of each event in Club Matryoshka passed by.

Luis Montales (AHJU$$I) tells us that one of his favourite things to do in the club was to dance (crouch, jump, and/or punch) while other players threw random items at each other which resulted in hazy visions and levitation. He also likes to play minigames, such as Spleef wherein the objective is to be the last player on the field by destroying floor blocks below other players. Luis says that one of the appeals of Club Mat is its chaotic energy that allows you to just unleash yourself. Whether it is saving Mark Redito from an in-game boss or watching cavill self-immolate as a fish from Spongebob, the possibilities in Club Matryoshka are endless. 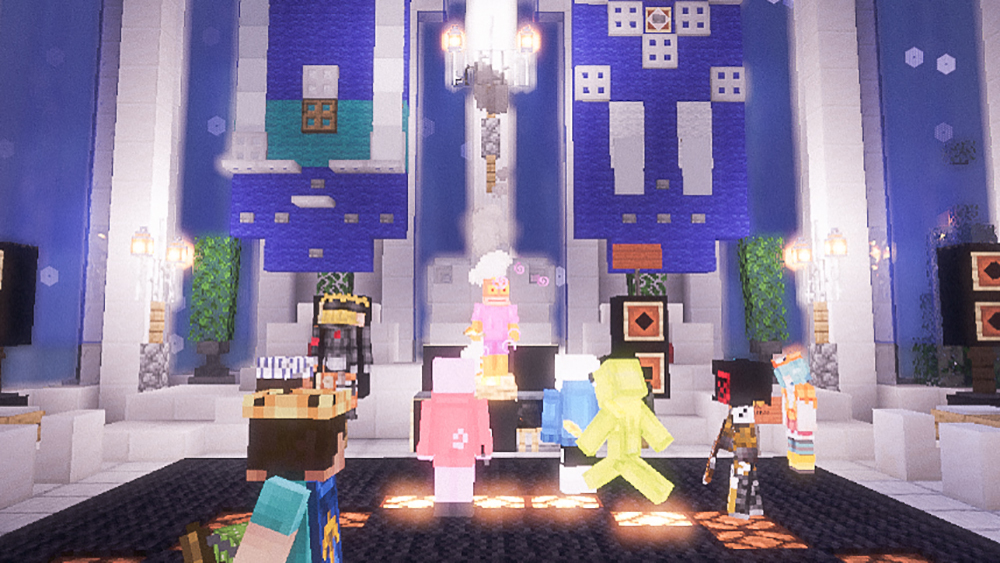 Another aspect that emphasises the spirit of freedom in Club Mat is the ability to explore such well-made and stunning worlds. When Migs Villaluz (LUZE) was invited to be a builder for the club, he was led around Minecraft's server by the founders and was in awe at how so much history and culture existed in Club Matryoshka. “Virtual space is just as relevant and meaningful as real life space," he tells us. "There’s no shame in having that as a reality. It is really mind-blowing."

While there exists a main area for the Club Matryoshka, the vast landscapes surrounding the treetop structure are also highly remarkable. CTM, a Berlin-based festival, collaborated with the club to host a hard-hitting underground line-up with the likes of Galen Tipton, Slikback D’Njau, quest?onmarc and RUI HO. One of the special sets involved a founder, Jorge Wieneke V / similarobjects and Teya Logos who slammed players on the ground while they play a mix of gabber, industrial and even Budots (which is dance music originating from the Philippines).

All of this happening in a world “inspired by the strange and unconventional works of architect Lebbeus Woods—a deconstructive and dystopic digital landscape filled with fragments, fissures, and nature rebuilt from the ground up.” If you think that’s impressive, Club Matryoshka has also hosted a 24hr online dystopian beach music festival, Infinite Summer, which included three stages (Matryoshka Prime Stage, Spoonstage and Likido Stage) that platformed musicians such as Giraffage, SWAN MEAT, HOMESICK and Pamcy. Infinite Summer also presented a contemporary art exhibit by Para://site Projects with a demon tour guide, talking on the club’s Discord channel. And to top it all off, the Infinite Summer festival was happening on a beautiful white virtual beach with giant windmills. 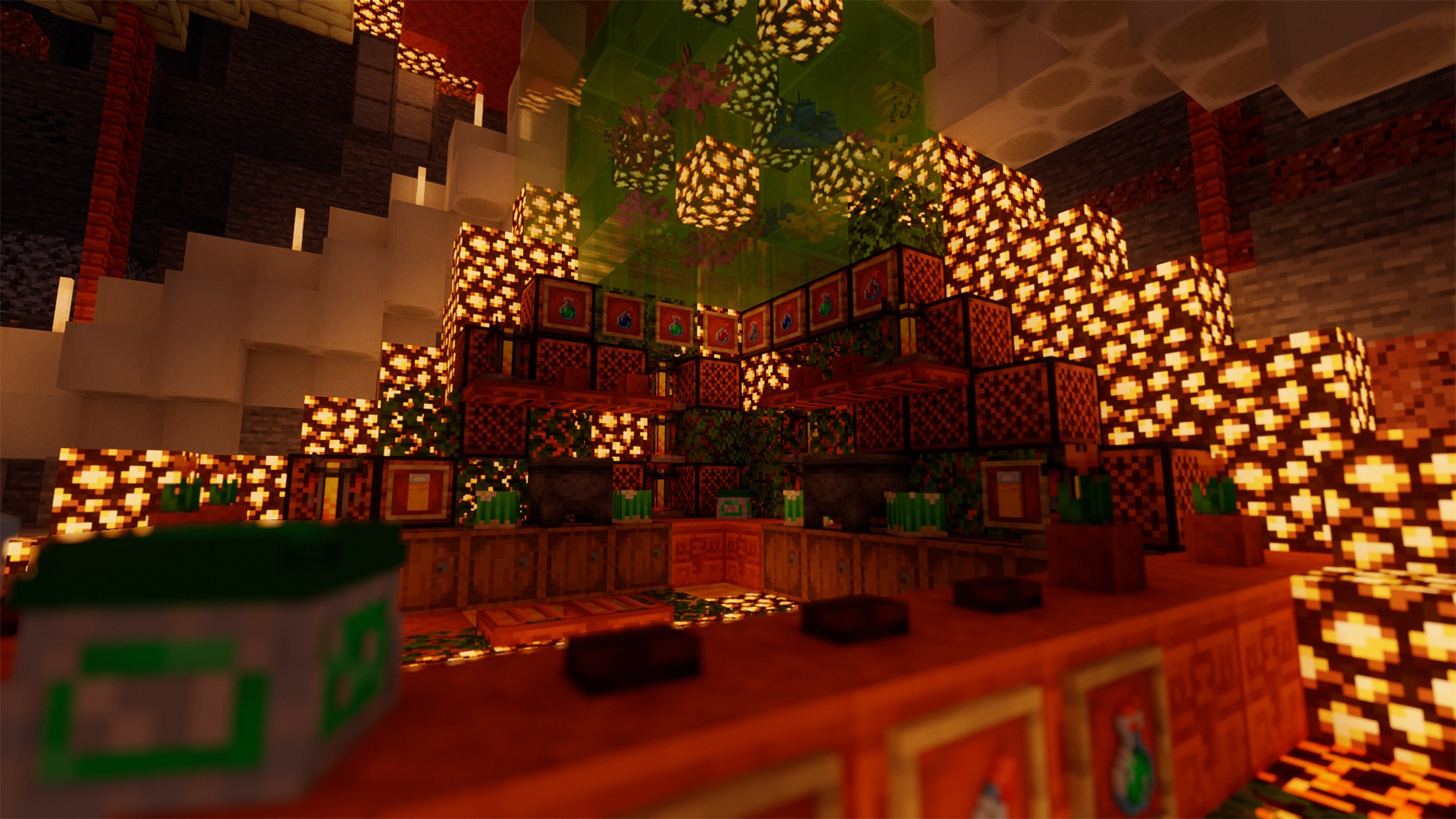 Since opening its doors, Club Mat has hosted these festivals, along with birthday celebrations, fundraisers and record launch parties. All of which seemed to have its own special world built for the occasion. It was truly an extraordinary feat and wouldn’t have been possible without the invention of the world wide web.

“The internet is a way for us to free ourselves from geographical location,” says Jorge. He recalls how his early days exploring the web (attending Second Life raves, SPF420 festivals and Palace chat rooms) helped in the vision for Club Matryoshka and allowed him to realize that virtual reality can be a way to share music to anyone in the world anytime. The Internet heavily inspired the founders to create the club that there was even a Graveyard of Memes in one of their events. Club Matryoshka certainly seems like a fun place to be in with endless possibilities. However, its true spirit is found in its expression and community.

Expression is a dominant credo of the clubbing scene. It can be considered that the music we hear and the clothes we wear in a club are what defines the space. But what if these definitions that are set in place are based on systems that aren’t ours to create in the first place?

Along with other mutants, Jorge Wieneke V (similarobjects) tells us that he shares a strong feeling of being out of place in conventional nightclubs because they follow an overly glorifying Western model that followed a blueprint not really meant for Asian people. He adds that the existence of various music collectives such as his own (BuwanBuwan Collective) means that there’s a desire to transcend these structures set in place. There will always be people who don’t believe in your vision, and he says that the only way to create something is to take it out of the environment of scepticism. Jorge’s vision was simply that he wanted to create a space that his community could truly define themselves in. He believed that there needed to be a project created “by marginalised people, for marginalised people” and this drove him to create Club Matryoshka, “dismantling structures that weren’t serving us as Filipino and marginalised people, validate our dreams, address frustrations of disbelief and discrimination, escape from club politics and stop gatekeeping.” 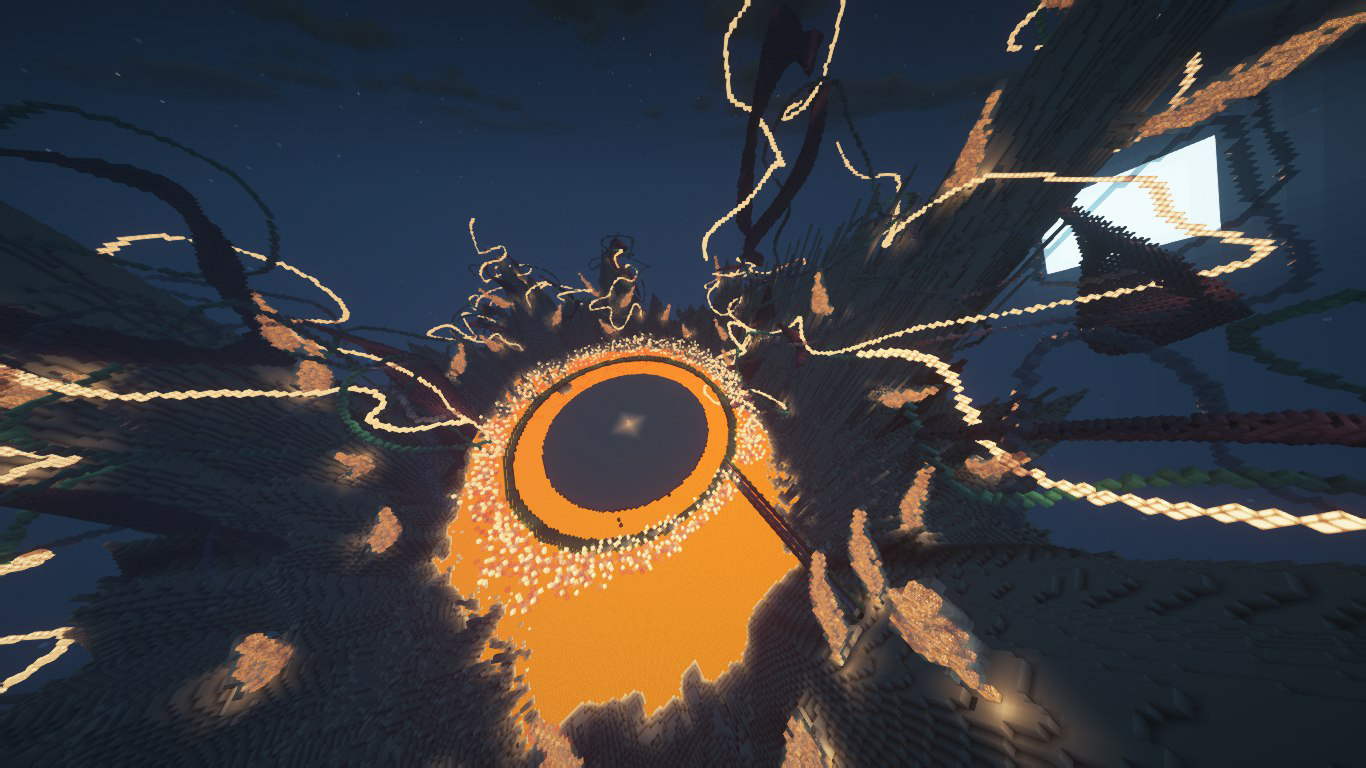 By relying on optional donations and crowdfunding, the Manila-based club encourages a unique and safe clubbing environment for various neurotypes who are sometimes non-drinkers. The Chodes Craft community wanted to create a space for music’s sake wherein people could express who they are with acceptance. After all, this is what the spirit of clubbing is inherently about — togetherness through music. “It opens up this whole new world for introverts," says Jorge. "Sometimes members who have never been to a real club tell me ‘If this is what real clubbing feels like, then I’d want to go.’ It’s not created to replace clubbing. It’s re-contextualizing, reconstructing, and re-imagining what clubbing can mean for all of us.”

Being a space of inclusivity is what truly sets Club Matryoshka apart from other virtual and IRL clubs. To enter, you must answer a Google form that has quirky requests such as describing yourself in 100 emojis or answering in Pig Latin. This is just a way to weed out the killjoys and people who are too serious, but the founders emphasize that anyone is allowed in the club. Luis says that everyone is welcome “as long they’re not trampling another person’s experience”.

"To enter, you must answer a Google form that has quirky requests such as describing yourself in 100 emojis or answering in Pig Latin."

Music created by people from all races, genders, religions and neurotypes are given a platform. Since decolonization and cultural diversity are defining ethea of Club Matryoshka, the club emphasizes that anyone who enters must leave their ego IRL and encounter everyone they meet with respect and acceptance.

With Club Mat, Jorge wants to uphold the belief that the future of music is heading towards an environment better suited for coexistence — one wherein we can co-create and celebrate each other’s work. He adds that the club is not really defined by any aesthetic and will just follow wherever the music goes. Club Matryoshka is a proof of concept that profoundly recontextualizes clubbing and music. It is an amazing platform that the people of Asia and the Philippines can be absolutely proud of. It is the quintessential virtual club for marginalized music mutants because, right now, it is one of the only virtual clubs run by them. Music mutants are defined by the founders as “almost volatile, shape-shifting, one who questions the system, one who makes music not boxed by categories, a person like me, someone who is an outcast like a mutant from the X-Men and beautifully weird”. Although, sometimes perceived as their mutation or curse, their creative talents are actually their superpowers which can help them dismantle structures such as gender stereotypes and toxic club culture. The Chodes Craft founders simply wanted Club Matryoshka to be their dream club with the true focus on the music and the community — a different club that is not run by overly Western, patriarchal and colonial mentalities, a new kind of club run by true music mutants.

Visit https://www.similarobjects.xyz/clubmatryoshka now to experience this new kind of clubbing.