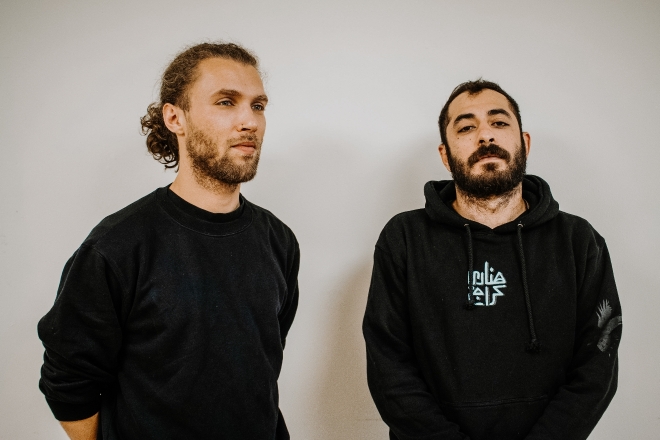 Known for their virtuosity in electronic downbeat, deep house, dub and hip-hop, Shkoon return with their second full-length album titled ‘FIRAQ’. Recorded during the pandemic, the live album is accompanied by a performance video, allowing audiences to take in the full experience of the duo’s presentation. The release comes out today via MDLBEAST Records’ subsidiary label WTR; a haven for talents that resound traditional Arab and Oriental music within a modern electronica framework.

Translating into ‘division’ or ‘split’ ‘FIRAQ’ is a mesmerising and emotional embodiment of a personal account; the death of a close family member. It takes listeners on a beautifully crafted musical journey, traversing an extraordinary scope of texture, tonality and rhythm.

“FIRAQ is an album that’s incredibly close to our hearts and a project that took on a great deal of poignancy following a death in the family. A huge amount of raw emotion and angst went into the recording of the album and it is an experience that will stay with us both forever. Adding to this, the artwork for the release is taken from some old drawings from the deceased that have been adapted and modernised by our very talented friend and designer, Hadeer Omar,” state the duo. 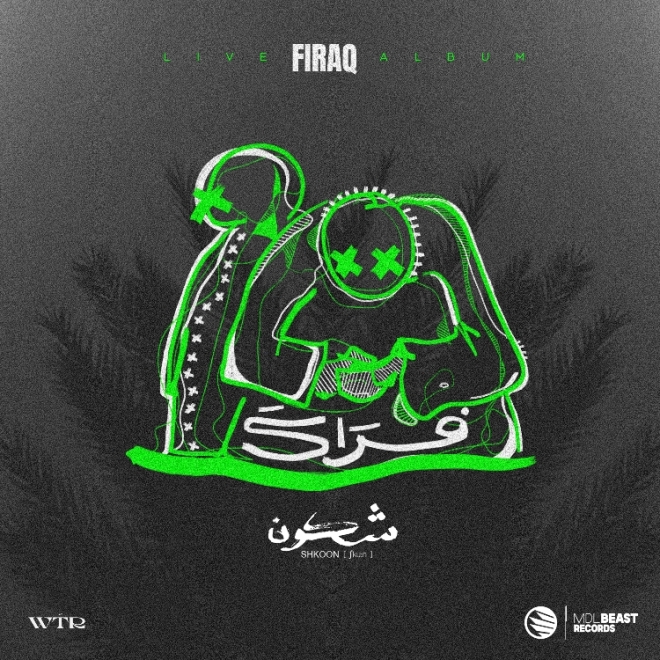 Ameen Khayer and Thorben Beeken formed Shkoon during a spontaneous jam session in 2015 in Hamburg. Khayer left Syria due to the war but still pays homage to his home country by implementing lyrics of Syrian folklore and traditional music elements of the Arab community. This is then enhanced harmoniously by Beeken’s gift for synths and electronics, showcasing a Western-rooted electronic music format.

Read this next: Refuge Worldwide and Zaatari Radio are teaming up to launch recording studio in Amman

Continuously building bridges between Middle Eastern tradition and modern club culture, Shkoon have gained international prominence with their trippy performances. The duo brings together a wide range of demographics, blurring cultural boundaries off the back of their richly extensive productions and ethereal tracks.

‘FIRAQ’ drops today, and you can immerse into an intimate live performance of the album in the video below (premiering May 21).