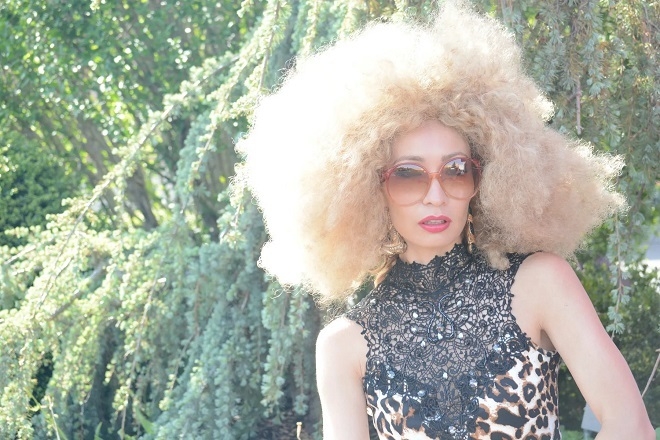 The larger than life musical force has previously released funk-flecked music on labels including Soul Clap Records, Toucan Sounds, and Star Creature, never failing to raise spirits with her kaleidoscopic sonic creations and retro-leaning stylistic vigour. Whether providing guest vocals, producing, performing or DJing, her effervescent sound never fails to lift spirits, while her years spent immersed in music ensure that her immaculately formed compositions are steeped in authenticity. Schooled in classical piano since the age of five, and growing up surrounded by music thanks to her jazz-obsessed father, it seems as though a music career was pre-destined for the “Beantown Disco Queen”( as she's lovingly referred to by her peers). Known for her colourful on-stage persona, lavish costumes and confident demeanour, her music more than matches her powerful presence.

Read this next: String-heavy disco licks on Vic Yamamoto's 'What's Bugging You?'

Already three solo albums deep, and with a string of single releases under her belt, her latest offering is every bit as alluring as we've come to expect. 'Hoshi No Suna' features her sweetly sung Japanese vocals gliding over an infectious '80s inspired groove. Emotive strings soar above thick synth bass, while tight machine drums and delay-laden stabs complete the audio tapestry. Arriving like a long-lost Japanese disco gem plucked from hidden vaults, the music lends itself well to the instrumental version on the B-side, where the dreamy synth-led instrumentation stands up supremely for dub-inclined selectors.

Read this next: Take a look into Japan's DIY disco truck culture

Saucy Lady 'Hoshi No Suna (Stardust)' is out now on Austin Boogie Crew Records. You can buy it here

Patrizio Cavaliere is Mixmag Asia's Music Editor, you can follow him here