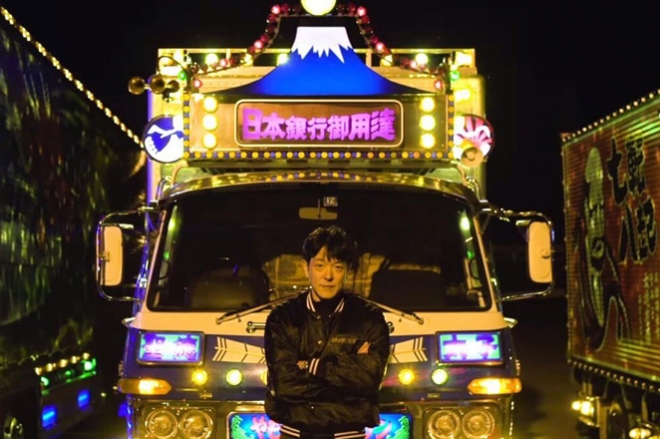 The next time you think about adding a little bit of bling to your ride, might we recommend taking inspiration from Japanese DIY disco trucks. Locally the trucks are called dekotora, which loosely translates to decoration trucks in English, and they are elaborately designed trucks that as big as 18 wheelers that come adorned with chrome fixtures, extravagant chandeliers, gold exteriors, neon lights and usually some kind of leopard print or LV monogram upholstering. But at the same time they represent the driver’s way of life, their hometown and family, essentially being an extension to their identity. It’s not uncommon for the makeovers to cost up to 10 million yen (US$90,000), about the cost of a house in Japan, and take up to 35 years to build.

The trucks first came into popularity in the 1970 so naturally the vehicles have been making rounds in Japanese pop culture for a long time but recently they’ve inched their way worldwide making appearances in Skrillex and Vic Mensa’s ‘No Chill’ video, Rich Chigga’s ‘Dat $tick (remix)’ video and also Gucci’s 2016 fall/winter campaign.

In a recent video by Great Big Story as part of their Human Condition series, viewers are treated to the story of three such drivers who have set out to try and preserve the culture. Watch their story below.