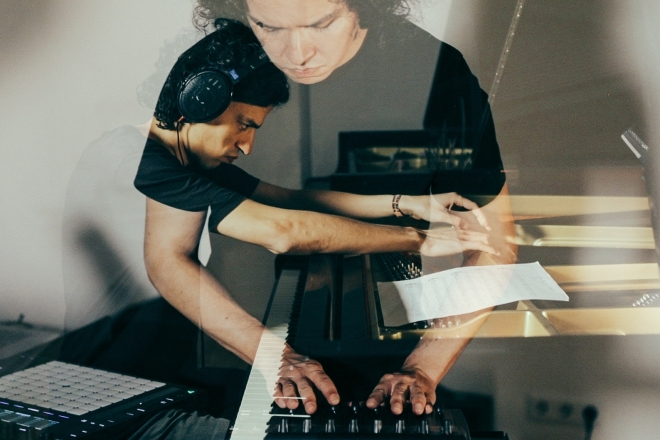 Forget lockdown, Hong Kong’s Blood Wine or Honey has been on a roll, whether it’s DTx2, their well-received LP from last June, or James Banbury’s recent rave project, THEN / NOW, dropping on Silk Roads Sounds (Banbury is one half of Blood Wine or Honey along with partner Joseph von Hess).

Today, the duo release their remix of Amine Mesnaoui & Labelle’s ‘Bleu Noir’ and, with global nightlife getting into gear for the summer, this dancefloor weapon couldn’t have been better timed.

‘Bleu Noir’ was the lead single from Amine Mesnaoui & Labelle’s debut album, African Prayers, released on Lo Recordings earlier this month. The conceptual album interprets the Moroccan Gnawa Lila ritual, an all-night ceremony involving a combination of song, dance, costume, and incense to enter a state of trance. Colour is also symbolic in the ritual – ‘Bleu Noir’ means blue black in French, which is widely spoken in Morocco due to its colonial French past. 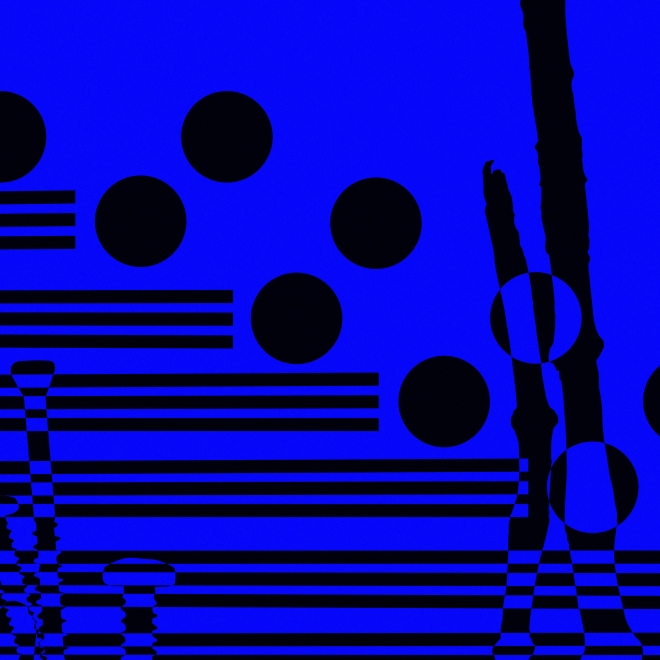 The collaboration between Blood Wine or Honey and Amine Mesnaoui & Labelle is a serious coming-together of musical brains. Between them, the duos share multi-instrumentalist and multi-disciplinary credentials straddling the classical, jazz, pop, and electronic worlds. In African Prayers, Mesnaoui, a jazz pianist, performs on a prepared piano – an innovation attributed to John Cage, who pioneered the practice of modifying pianos by placing objects, such as nails, between its strings to create different timbral effects.

Read this next: The Magus Project debuts EP on Silk Road Sounds, 30 years after his first release on Rhythm King Records

Blood Wine or Honey seems to take Mesnaoui’s prepared piano as an idée fixe in its remix of ‘Bleu Noir’, opening with a statement of timbral intent that accentuates the rhythmic ebb of the keys with metallic percussion, much as a prepared piano might do. After a surprise flip into the drop, the remix is propelled forward with a relentless syncopated cowbell line while the piano is teased in towards the breakdown. Following the breakdown, an ecstatic improvisatory phrase on the tom drums kicks off the second half of the track while an acid squelch rises from subterranean depths, snaking its way towards the conclusion.

Throughout its catalogue, Blood Wine or Honey excels in its mastery of rhythm and this remix is no exception. Its considered and compelling layering of percussion, most of which, it should be noted, was recorded live in Banbury and von Hess’ Hong Kong studio, nods to the ritual and trance foundation of the original concept while the fierce groove and techno elements firmly plants this rework in the realm of the dancefloor.

Read this next: Blood Wine or Honey drop in to Mixmag Asia Radio with a bag of eclectic treats

Amine Mesnaoui & Labelle ‘Bleu Noir' (Blood Wine or Honey Remix) is out now. Check it out below.