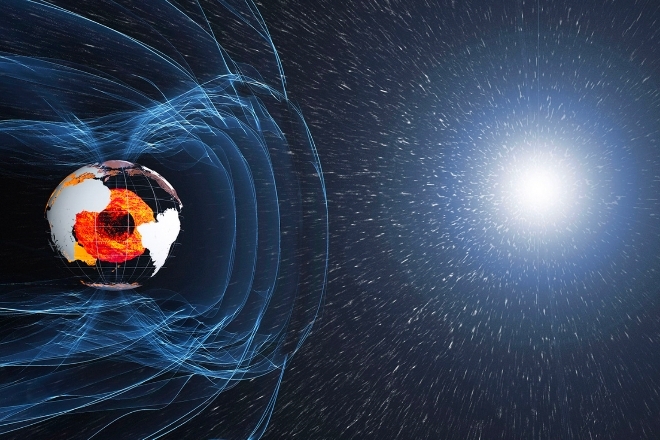 Back in August, we reported an audio clip recorded by NASA that shows the actual sound waves transmitted from a vast hole located at the center of the Perseus galaxy cluster, which is more than 200 million light years away from Earth.

This time, scientists at the Technical University of Denmark, working with the European Space Agency (ESA), have recorded something closer to us; something essential to life on Earth — the magnetic field.

Earth’s magnetic field is a complex and dynamic bubble that keeps us safe from cosmic radiation and charged particles carried by powerful winds flowing from the Sun. We may have always been aware of its presence though not being able to see or hear it, but how exactly did the scientists record the magnetic field? 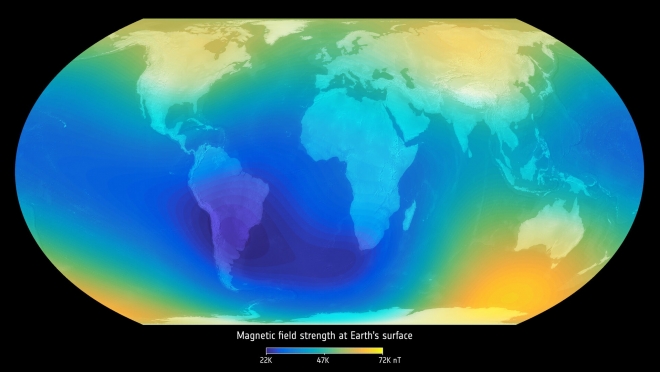 The team from Denmark has taken magnetic signals from three of the ESA’s satellites and converted them into sound, making for an audio clip that’s both beautiful and petrifying at the same time.

“The team used data from ESA’s Swarm satellites and other sources and used these magnetic signals to manipulate and control a sonic representation of the core field. The project has certainly been a rewarding exercise in bringing art and science together,” explained musician and project supporter Klaus Nielsen from the Technical University of Denmark in a release by ESA.

The clip is just over five minutes long and represents a geomagnetic storm that followed a solar flare on November 3, 2011. Listen to the deep rumbles and crackling noises in the clip below.

Read this next: The Guest List: Steffi selects 10 experimental & ambient tracks she enjoys while gardening

The musicians and scientists also plan to showcase the Earth’s magnetic rumbles at Solbjerg Square in Copenhagen where 30 loudspeakers will be broadcasting the sound three times a day from 24-30 October.

“[We've] set [the installation] up so that each speaker represents a different location on Earth and demonstrates how our magnetic field has fluctuated over the last 100,000 years,” Nielsen says.

Watch the teaser of the sound installation program below.