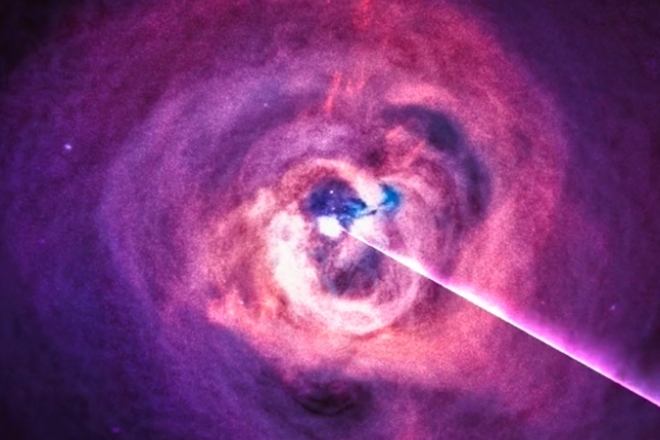 Last year, we reported the release of Mikromedas AdS/CFT 001; an album by Belgian mathematician and electronic musician Valery Vermeulen along with the contribution of cosmologists Stephen Hawking, and Dr. Thomas Hertog. Using newly developed sonification techniques, they helped us to imagine what black holes sound like.

Now fast forward to 2022; last Sunday, NASA graced our ears with an audio clip that shows actual sound waves transmitted from the vast hole located at the center of the Perseus galaxy cluster. Bear in mind, this was captured in an area more than 200 million light years away from Earth.

While some may claim that there’s no sound in space, the NASA team has made the sound audible to human ears by mixing it with “other data” and amplifying it. The also took to Twitter to note that the idea of no sound in space was a total misconception.

The misconception that there is no sound in space originates because most space is a ~vacuum, providing no way for sound waves to travel. A galaxy cluster has so much gas that we've picked up actual sound. Here it's amplified, and mixed with other data, to hear a black hole! pic.twitter.com/RobcZs7F9e

Read this next: Nādāsana is a new ambient label from universal township Auroville

Although the clip is only 30 seconds long, one can clearly hear that the black hole sounds like a grungy, ambient sample from deep space. Won’t be too surprised if we hear bits of its cosmic growlings resonate soon at club nights.