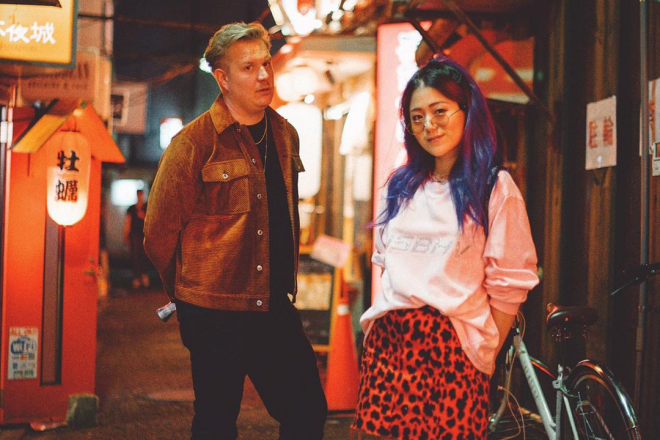 Lockdown has done little to stop RayRay. Quite the opposite, in fact. Not even ten days after releasing a heavy-bass track featuring Slushii, the Taiwanese DJ is already back with a new collaboration. Titled 'Burn This Down', the hard dance track came out on May 22 on Dutch record label Barong Family. Alongside RayRay, the track also features Dutch DJ and producer DOLF. Listen to it below:

This explosive collaboration reminds us of all the festivals we’re missing this summer. With its jerky bass and fast pace, this banger is destined for raucous main stages and would probably have ignited a couple of most pits. The energy on it alone is enough to wake up crowds all over the world for their lockdown slumber.

Of the tune, RayRay said that together with DOLF, they released “a huge party banger […] during the Covid-19 lockdown, and this track ‘Burn This Down’ definitely provides you a very good way to party at home by yourself in front of the computer or any electronic devices you have.”

team Dora the explorer aka @dolfmusic & @djrayraytaiwan just released a huge party banger on @barongfamily during the covid-19 lockdown, and this track “Burn This Down” definitely provides you a very good way to party at home by yourself in front of the computer or any electronic devices you have. stay safe! 🤷‍♀️🤷‍♀️🤷‍♀️ 高產Ray再一首新歌《Burn This Down》送給大家！繼Slushii 之後，這次與 DOLF 聯手打造濃厚Barong Family巴龍家族曲風的派對新歌！使用時下最夯的Speed House元素，讓大家在Covid-19隔離或無聊的這段時間，還能夠在家甩頭、動起來！ https://barong.family/burnthisdown

RayRay is easily Taiwan’s most well-known DJ and producer, and she’s released no fewer than five tracks in the past few months alone. Her global career started when she competed in the Red Bull 3Style World Finals in 2013 and today, she’s regarded as Yellow Claw’s prodigy. She has since released two acclaimed EPs on Barong Family, and dozens of singles not just on Barong but a slew of prolific labels like Dim Mak, Spinnin' and more. She has another EP due out this summer.

DOLF is Rudolf Geurts’s bass music project that he debuted in 2016 and went viral with thanks to the tune ‘Fuck It All Up'. DOLF later signed with Yellow Claw’s Barong Family label and dropped his ‘Nightime’ EP in 2017. Many prestigious collaborations were included in this project, including some with DJ Soda, Moksi and Juyen Sebulba.

Barong Family might be a Dutch label, but they are VERY invested in the Asian scene and support many artists from around Asia on their label. On May 15, they released their latest 11-track compilation called ‘Family Matters VOL.7’. At the same time, their newest Asian recruits were presented to the public: BOTCASH from Thailand and Inquisitive from Singapore. The Asian electronic scene is booming and Barong Family is pushing it forward to the world.

‘Burn This Down’ by RayRay and DOLF was released on May 22 on Barong Family. Purchase it here.