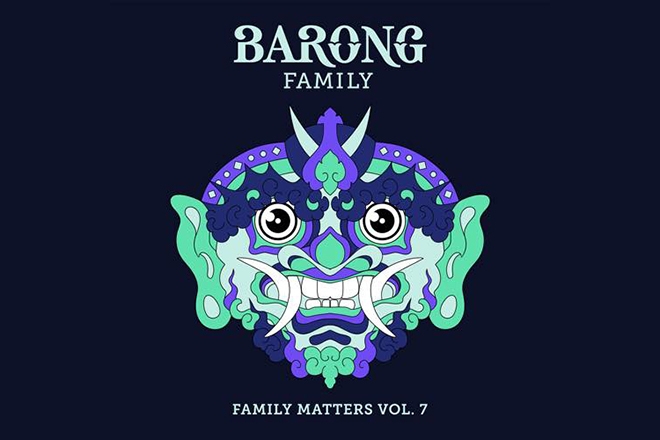 Barong Family have been relentless with their releases this year, as they return with another hard-hitting belter of a compilation, and of course with the inclusion of two emerging artists from Asia — BOTCASH from Thailand and Inquisitive from Singapore.

Leon Lucas who goes by the name Inquisitive, threw himself into the limelight after winning a DMC World Championship back in 2006, which consequently led him to hosting his infamous monthly parties called ‘Mad Thrills’ which took place at Singapore nightspot Avalon. After spending almost a decade and half pulling off a successful career, things just got a little bit wilder for Inquisitive with his recent signing to the Dutch hard-dance collective, Barong Family. His contribution to their Family Matters Vol. 7 compilation is a collaboration with his new family member from Australia, Lockdown, and it’s nothing short of massive.

Also new to the Barong Family is his Asian counterpart from Thailand, BOTCASH (who used to go by the name DJ Sanhapas Bunnag) and was part of local EDM outfit Boom Boom. His thing has always been about incorporating the harder side of commercial dance music together with traditional Thai instruments and elements. BOTCASH is his solo breakout, which started peaking after he opened for Martin Garrix back in 2015.

The Barong Family spends a lot of time in Asia scouting for talent, notably RayRay from Taiwan and and before that, the young and ambitious Chace from China.

Listen to the album below.

‘Family Matters VOL.7’ was released on Friday May 15 as an 11 track compilation. You can listen to it here.