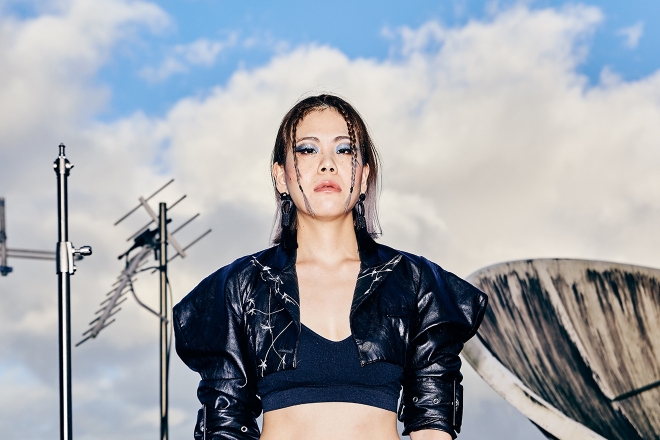 Taipei-based DJ and producer Sonia Calico has teamed up with long time friend and visual director of Beijing music label Do Hits Veeeky for the music video to her single ‘Change, Reset’ released via Tokyo-based music label and artist collective Trekkie Trax alongside vocalist PRINCI. Together, the artists' works closely relate to the struggles and anxieties surfacing throughout the stay-at-home era.

The track is a pandemic-born number in which Sonia, evidently moved by current circumstances and the evolution of digitalisation over the last year, portrays how distressed human beings have been leaning on their desire for intimacy and connection on chat apps, without any physical interaction. The personality-training AI chatbot app Replika and dating app Tinder were the inspiration for the music video.

The sci-fi sob story begins with a user (Sonia Calico) who refuses to update her AI chatbot (PRINCI) before venturing to find the AI partner’s crystal avatar in limited time as the obsolete-version of the world around them starts to fall apart. However, the scenario that follows the change/update is left to the viewer's imagination.

Veeeky then expanded the story into a struggle between humanity and technology.

The collaboration between Sonia and Veeky is not a first and follows 'Desert Trance' in 2018, however, their relationship extends far beyond that. Sonia and Veeeky were previously known as DJ duo Bouncegirlz before founding Taipei-based label UnderU together. This latest clash defines a new and matured era of collaboration for them, where Veeeky’s pseudocode-like music video harmoniously resonates with Calico’s recent inspiration drawn from the great modern conflict between humanity and technology.

TREKKIE TRAX is a music label and an artist collective act9ive in Tokyo since 2012. They manage their core artists such as Carpainter and Masayoshi Iimori, and so far, they have released over 100 Singles, EPs, albums as digital, CD and vinyl.