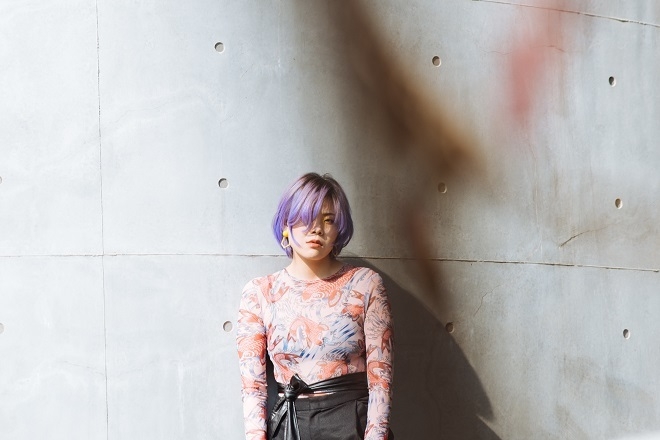 Taipei's very own Sonia Calico has dropped the first single from her hotly anticipated new album, offering a delectable taster of what's to come. Known for her boundary-skirting production and DJ sets as well as her formative work as part of electronic rock group, Go Chic, Sonia is a mainstay of the Taiwan club circuit and looks set to further her reputation thanks to this impressive effort.

The new album, 'Simulation Of An Overloaded World', represents her most complete body of work to date and makes for hugely compelling listening. The 11-track collection is rich with experimentation – fusing influences from dancehall, kuduro, GQOM, footwork, and grime with an unmistakable eastern aesthetic. Highlights include the quasi-calypso flavours of 'That Dance On That Moon', the scattered drums of 'Primary Function Overload', and the deeply sinister bass-loaded monster 'Division By Zero' featuring Air Max '97.

There is a slightly jarring and paranoid quality to much of the work on show, and this can be explained in part by the circumstances under which it was recorded. “80% of the music from this album was made after the lockdown, it reflects my state of mind experiencing all the musical events that went virtual - we're witnessing the time of club simulation,” says Sonia. "This album is an attempt to simulate the world of the future, to create the vision of a post-human scenario, to imagine the next life form that might arise into the world. In order to reflect the world we are in at this moment, unstoppable progression of technology, over-expanded desires from men and overloaded information to process.”

The seriously energetic 'Club Simulation' single features maniacal programming, striking minor chords and mysterious vocal textures over eastern melodies (strummed on what sounds suspiciously like an Oud). Expertly fusing styles, eras and geography, the hugely original track has a post-apocalyptic feel while maintaining a much-needed sense of hope. This is fine work from a maverick producer and is refreshingly difficult to pigeon-hole.

The single and album come courtesy of forward-thinking London-based label More Time Records following connections made during label co-founder Ahadadream's recent Asia tour. He and Sonia spent time together in a Taipei studio, exploring the percussive club rhythms for which the label is known, and the collaboration directly resulted in the inception of the release.

Sonia Calico 'Club Simulation' is out now, you can buy it here

The full album 'Simulation Of An Overloaded World' is out October 16, you can listen and buy it here