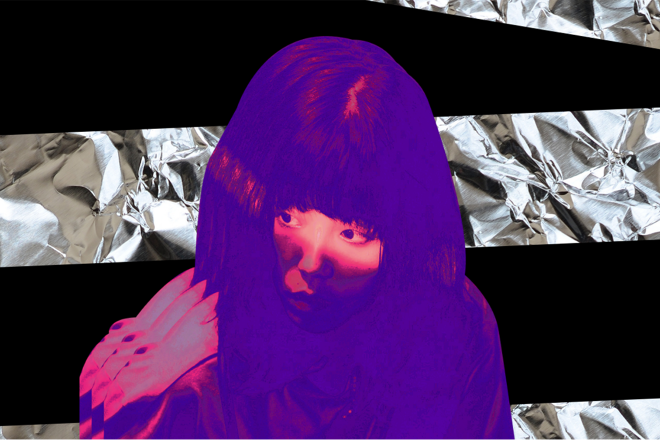 We stretch our ears between Shanghai and Glasgow to break down and introduce to you what producer Laughing Ears has morphed from General Ludd’s forthcoming eponymous album.

There’s a further-in-the-future landscape of music being sculpted where boundaries and borders are becoming a memento of the past. Shanghai and Glasgow connect via Hong Kong-based imprint, 宀 Records, kicking off a fresh run of releases after a momentary hiatus — the label’s last (and sophomore) release was with their Hong Kong-based resident at host of HEX, Xiaolin.

Read this next: Mixmag Asia Radio - Xiaolin: “Never in a million years I thought I'd be a DJ”

Releasing a long player with the Glaswegian duo makes for a heavy and desirable comeback for the label — there’s a fine synergy between the artist and label thanks to Ludd’s intricate and multi-fibrous layers and the label’s positioning as a club and ambassador of Hong Kong's underground scene. The album also marks four years since their last solo release on Rub A Dub Records.

Whilst Ludd leaves us gagging for more dancefloor hedonism, the label’s choice to enlist Shanghainese artist Laughing Ears throws us into that conversation about a musical landscape of the future where abstract formations take the lead.

Read this next: After opening club and gallery, Mihn announces launch of new label.

Laughing Ears’ remix of ‘Guld’ is like a time and space expansion of the original cacophony of drums. Through processes of rhythmic deduction and spatial augmentation, my ears are genuinely laughing, in absolute awe mind you, at how smooth the Shanghai artists’ layering and mixing has turned out. The drum-centric and pattern-heavy formation of the original is treated in pure unorthodox, rather otherworldly, fashion while leaving plenty of thought for a dynamic, rhythmic affair.

Despite feeling absolutely fragmented, there’s a utopian embodiment to Laughing Ears’ reinterpretation of ‘Guld’, and makes for a worthy complement to Ludd’s unconventional human touch on electronica.

'Guld' (Laughing Ears Remix) is out now, have a listen below.

You can pre-order your vinyl or digital copy of General Ludd 'General Ludd' here, which is out on April on 宀 Records.