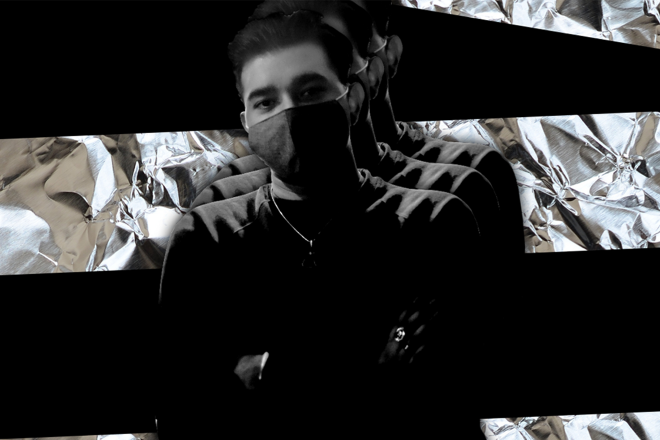 He’s referring to the vocal sample from the late Bappi Lahiri’s ‘Jimmy Jimmy’ from the 1982 film Disco Dancer — it reigns supreme over his already high energy, tech house banger of a groove that we’re Premiering exclusively on Mixmag Asia today.

Talking to Mixmag Asia about the deeper sentiment behind the sample he decided to play with for ‘Come With Me’, SIDD says that he “aspires to represent Pakistan on the world stage” — he wants to challenge the common misconceptions about his country through his music. His sentiments stem from wanting to “connect with my South Asian heritage”, he continues, and “breathe new life into a record that would not only bridge the gap between both Pakistan and India but bridge the gap between different generations. I wanted to create something that my grandmother, my mum and I could all dance to together.” Have a listen to SIDD's rendition below.

It’s near impossible to not dance in embraced union when a Bappi tune hits the speakers, no matter where you are or who you’re with and SIDD has now made it even easier, and with a deeper reason too.

Hailing from Karachi, 23-year-old SIDD has opened for international artists like Paul van Dyk and Claptone and had his tracks played across stages EDC and Ultra Music Festival. He also recently supported London-based Ninja Tune artist Nabihah Iqbal for her first show in Pakistan. He’s becoming a hometown favourite in Karachi, having sold out multiple shows across the city, plus releases on ‘Golden Search’, ‘NoFace Records’ and Pakistan’s own ‘Miracle Mangal’.

SIDD’s stance on music and aspirations beyond the dance floor piques our curiosity about the underground music scene he’s happily caught up in, and he tells us, “The underground scene in Pakistan is thriving and larger than ever before some of the events that take place you wouldn’t believe that you’re in Karachi or Lahore.”

Once again, no matter shape or form, colour or size, disco saves the day, but most notably, it raises the vibe around how music heals, connects and grows cultural and human values.

SIDD has more edits on the go, follow him here to hear them first!