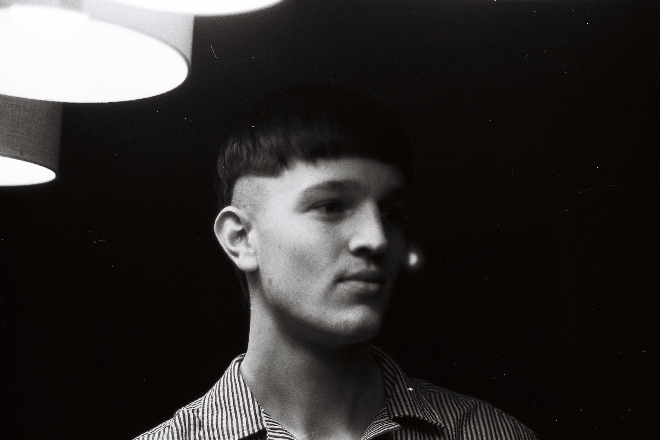 You might not be familiar with the name Oskar Knickelbein yet, but we assure you this Berlin-based producer has global ambitions for his sonic compositions. ‘BANJAR EP’ is his latest release via UNDERRADAR Records — a three-track offering of unworldly, transcendental techno.

‘BANJAR EP’ is the second EP release from UNDERRADAR Records this year. Keeping to their commitment of showcasing high-quality productions (as seen in both their ASIA FUTURIST and REDEFINE compilations), this time they tap Knickelbein as a contributor to their label. Consistently releasing a slew of productions since 2020, he’s been an active member of Germany’s Backhaus Kollektiv since their early days.

Read this next: Malaysia’s Roshan makes a soulful debut via UNDERRADAR Records

Living by the motto “dance together, feel together, and be together”, Knickelbein embodies this communal spirit through ‘BANJAR EP’, inspired by the island of Bali that’s rich with local traditions and culture. All three tracks are named after different Balinese temples or shrines, whilst the word ‘banjar’ refers to the smallest (yet oftentimes most authoritative) form of local government in Bali made up of a local community group.

Opening the EP is ‘Pura Dalem’ with its tight, pulsing kick to lay the foundation for the percussive work on top, making it a no-brainer pick for early morning twilight sessions. In day-to-day Balinese life, Pura Dalem refers to the Hindu place of worship towards Goddess Shiva — destroyer of the universe, but for a good cause; to pave the way for beneficial change.

Read this next: Mr. Ho hypnotises the dance floors of Bali & Jakarta

Next up, ‘Pura Desa’ — referring to the place of worship for Brahma, the Hindu God of Creation — picks up the pace with its no-nonsense grooves and interweaving frequencies taking you through mystical landscapes of both sound and spirit. Last but not least is ‘Pura Puseh’ and its heavy rhythmic drums, preserving a constant beat to keep the dance floors alive well into the early hours of the day. Pura Puseh is where the Balinese go to worship Wisnu who protects all of creation.

The EP’s overall transcendental vibe leaves a lingering excitement, proving that at times slightly austere compositions can have more impact than aggressive ones. We have a hunch this is exactly what the Jakarta and Shanghai-based label — spearheaded by Indonesia’s techno guru Ecilo — want to represent in their curation.