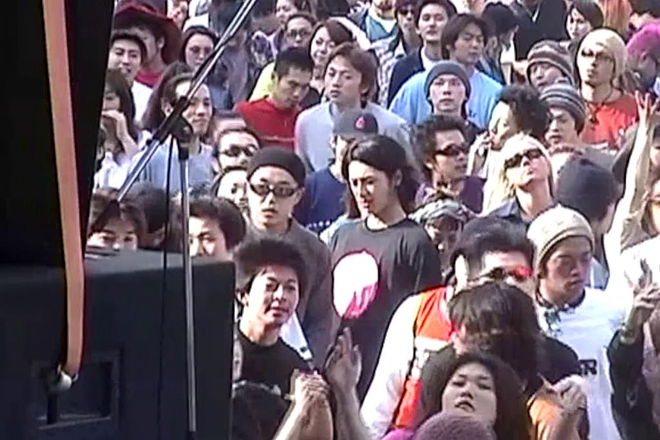 Across Asia, people have been living in some kind of purgatory while waiting to get back to the dance floor, going so far as to get around lockdown measures just for the rave (a bit like the old days?). What's driving them? Is it the lively beat, the spectacular views of mountain scenery, or the experience that belongs to the community weekend after weekend? Answers might be found in these clips from early raves held in Taiwan and Japan in the early 2000s.

Speaking of the history of rave in Taiwan, a clear visual normally wouldn’t appear in our mind right off the bat. Well, except for maybe an image of Shu Qi, a Taiwanese and Hong Kong actress and model, floating harmoniously down an open-aired corridor while a techno beat grows steadily into an ecstatic thump in Millennium Mambo, a drifting mood piece from Taiwan that features underground club scenes and a trance and techno soundtrack. (add that to your cultural watch list!)

But as for actual visuals, it's a shame that there is a dearth of videos that chronicled the astounding time of early raves in Asia, considering how important their role was in shaping electronic music culture. But at least in Taiwan, thanks to Jimi-E, the earliest member of Taiwanese psytrance group MoonTribe and one of the first Taiwanese DJs to be invited to perform abroad, we have a brief account of what those days were like.

The first clip was shot at a rave party in Macao, just north of Taipei in the Beitou District, in 2000. In addition to the performance by Jimi-E, other Taiwanese DJs such as @ILLEN, Jacke, Q, Saumao, Jacke and Victor also appear. The music transitions from techno to psytrance, crescendoed by a moment where the audience is cheering against a murky sunrise. Jimi-E said that he has kept these films for a long time, and only recently decided to release them. Watch the clip from Taiwan below. 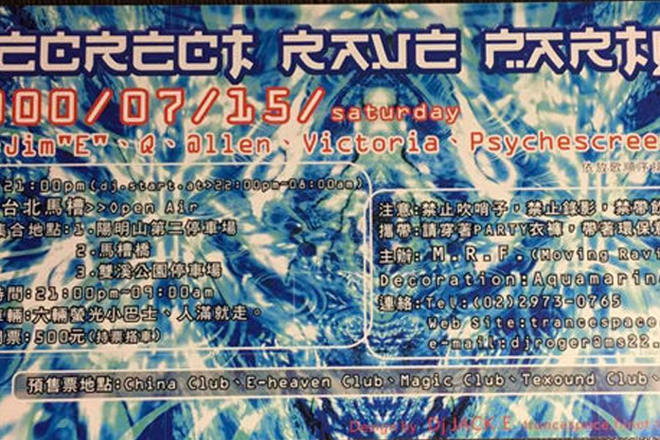 Below you'll also see footage from a rave in Yoyogi Park in Shibuya from 2001.