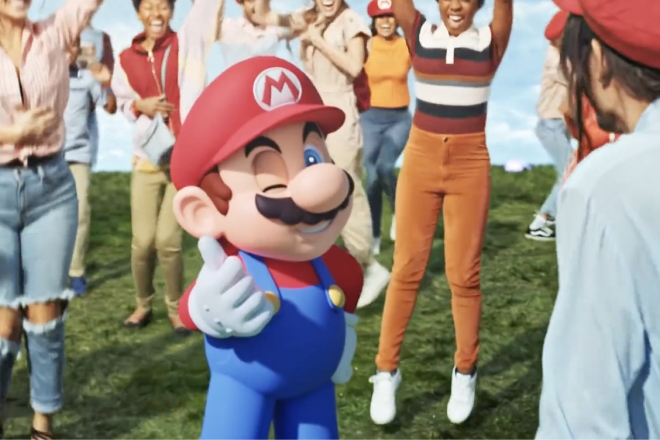 Universal Studios Japan is about to open a new 'Super Nintendo World' area and they decided to christen it with an updated version of the iconic Super Mario theme song. The newly reimagined track 'We Are Born To Play' was produced by Swedish DJ duo Galantis and features Charli XCX on vocals.

'We Are Born To Play' is a catchy dance-pop tune that captures the playful and energetic vibe of the classic video game through Galantis’ bloopy, blippy beat and Charli XCX's synthesized vocal. Galantis couldn't hide their excitement when they shared the song on Twitter saying: "Still pinching ourselves that we had the opportunity to work on such an iconic song that played such a big part in our childhood."

The fun-for-the-whole-family music video showcases a multi-culti teenaged crew dancing through some of the activities at Super Nintendo World park, and frankly it does look like lots of fun – running, jumping, dancing and hitting blocks for coins. According to Universal, it will be 'an expansive, highly themed and immersive land featuring Nintendo’s legendary worlds, characters and adventures'. 'Super Nintendo World' Japan will open this summer, followed by Hollywood, Orlando and Singapore.