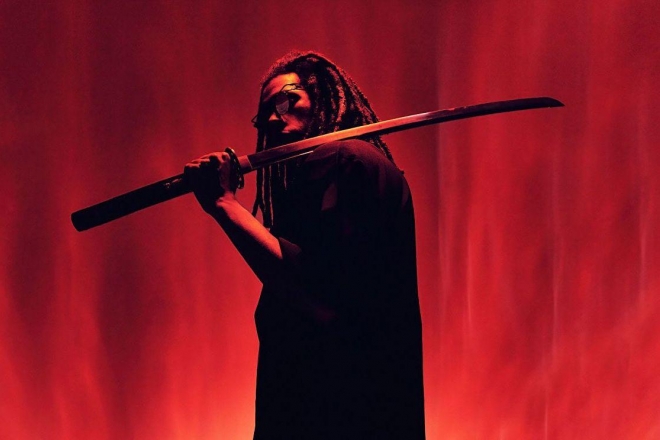 The history of 'Yasuke' is not fiction. The story of Japan's first black Samurai is well documented. After arriving in Japan as the servant of an Italian Jesuit, he drew the attention of the feudal lord Oda Nobunaga and was entered into his service, rising through the ranks to become the first foreigner to achieve the rank of Samurai.

Three years in the making and created by Bronx-bred and Japan-based television animation creator, creator, producer, and director LeSean Thomas, together with Netflix they have chosen to loosely tell the story of 'Yasuke' in a new series set to debut on the platform April 29. LaKeith Stanfield will voice the character, noted for his performance in 'Judas and the Black Messiah'. Flying Lotus has also been tapped for executive production and to provide the series musical score, in which chilly synths and traditional Japanese instruments see the producer’s signature sound go to new heights.

The series will deviate from historical accuracy, and by deviate, I mean completely abandon it. Instead, 'Yasuke' will favour a more traditional Anime vibe inclusive of mecha, magic and a collection of supernatural villains and warlords that are in pursuit of a powerful little girl. I guess Netflix didn't think a historically accurate portrayal of the legend of Japan's first foreign Samurai would be exciting enough for viewers.

You can watch the opening theme for 'Yasuke' below and prepare for its release in both Japanese and English on April 29.