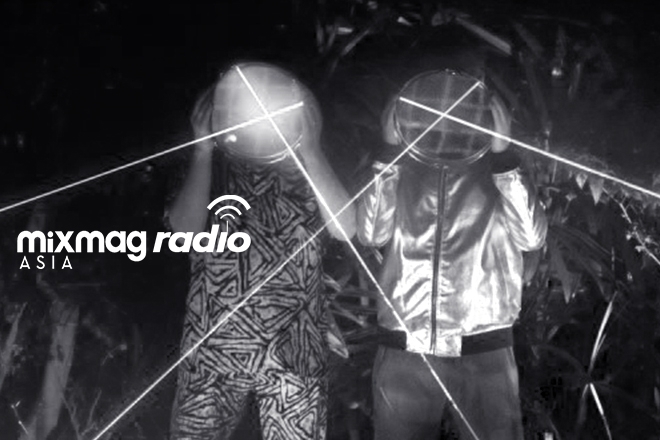 Their recent sophomore album drop DTx2 on New York’s esteemed Bastard Jazz imprint reinforced their presence as an avant-garde, genre defying band, despite having downsized from the original three members from their outset in 2017, to now being a highly focused and dynamic duo — Joseph von Hess and James Banbury make up the eclectic outfit known as Blood Wine or Honey.

Pigeon-holing this pair is absolutely pointless as they take pride in their unabashed approach to embracing sound for what it is and music for the way it’s served. “We like to mix things up and are very genre agnostic — if it’s danceable it’s good”, says James. “We try not to get bogged down in tempos (which makes for more challenging mixing..!) but concentrate more on mood. We think a smooth, frictionless, flawless journey through a single bpm is not so interesting. We went through things we’ve recently discovered or re-discovered, things we’ve done ourselves and things we’re obsessed with.”

Despite being known as Blood, Wine or Honey since just 2017, both, and also the previous, band members have extensive musical backgrounds— James was a cellist and keyboardist for The Auteurs, Richard Ashcroft and Talvin Singh whilst Joseph DJ’d back in the UK and is a clarinetist for gypsy jazz duo Head Clowns.

Performance and musicianship aside, they are dedicated tastemakers with their open-minded taste that’s more often than not, emotionally driven. Joseph breaks down the emotive side of the band, “Emotionally it’s towards reflecting complexity and the idea that emotional states are not simple but composed of mixed, extremely mutable and sometimes conflicting feelings. That’s our excuse for slamming Chaz Jankel up against Special Request and we’re sticking to it. “

And more to Mixmag Asia’s appeal, BWoH are all about the club and the rave. When speaking to MMA’s contributor and DJ behind Hong Kong’s Wonton Bass collective, Mengzy, BWoH made their mantra very clear — “Disco dancing in the rave scene.”

We were thrilled with the set that they’ve recorded for Mixmag Asia Radio, we think you will be too.

Tune in to Mixmag Asia Radio 072 with Blood Wine or Honey below.