“Disco dancing in the rave scene.” That’s the mantra Hong Kong-based duo Blood Wine or Honey kept in mind as they worked on DTx2, their sophomore album which drops this Friday, June 25. That it was lifted from an obscure vocal skit by satirical Welsh hip hop group GLC comes with little surprise, seeing as members Joseph von Hess and James Banbury are as eclectic as their music.

Blood Wine or Honey’s journey began in 2017 with their debut EP, Anxious Party People. Fuelled by the then-trio’s multi-instrumentalist chops, the accolades came quickly: a coveted main stage booking for Sónar Hong Kong’s debut edition (incidentally, their first-ever live performance) and distinguished support from BBC Radio 6, NTS, and Radar Radio, to name a few (with none other than Gilles Peterson singling out ‘Anxious Party People’ as his top monthly pick for Worldwide FM that February).

With 2018 came the debut album, Fear & Celebration, released via Do Right! Music, followed by a 2019 EP, 明天 Tomorrow, which featured a new title track alongside Fear & Celebration remixes. Following the departure of third member Shane Aspegren, Blood Wine or Honey is now a duo, and they’re back with a lyrically heavy and genre-bending new album via Bastard Jazz Recordings. 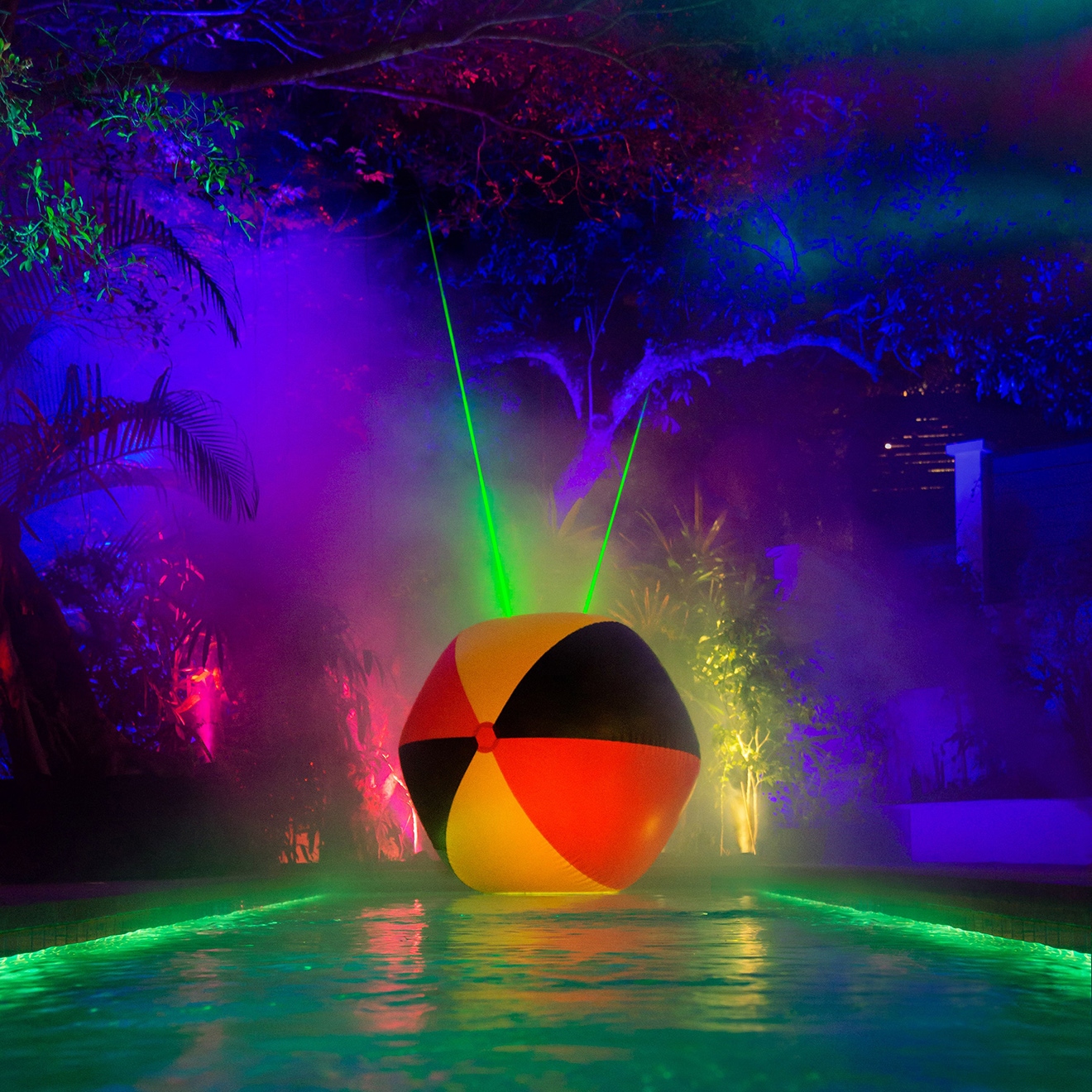 We caught up with the pair to pick away at DTx2’s inspirations, influences, and inferences…

Joseph: DTx2 = During These Difficult Times. A clause so commonplace it’s a sardonic refrain. The hard times become the norm; the sentiment is redundant... We discovered, fittingly, that ‘DTx2’ encodes all sorts of things: it’s a human enzyme, a protein-coding gene; a make of Yamaha electronic drums from 1996; a model of underwater drone.

I noticed that this album has so many vocals and lyrics compared to the first. “I will not trust anyone who is not angry” from track 7 [‘I Shall Rush Out As I Am’] stands out. Obviously, you have a lot to say right now. Was that really cathartic to be able to write all of those things down?

Joseph: Yeah, there’s an element of catharsis and some of it’s quite visceral and sort of “angry” in inverted commas. But I like to think that it’s directed in a good way rather than just being the usual, you know, angry white man rants… maybe it’ll come across that way, I don’t know, but some of it’s supposed to be directed, not at myself necessarily, but at “the self” rather than just pointing the finger.

Joseph: I sort of pass as middle class but then get found out. That’s how I see it. The middle classes are never to be blamed, are they? And I often think that there’s a lot of blame that should be attached to the middle classes. But yeah, I pass.

In a couple of the songs, the lyrics talk about being in “the other world” or “another world”. Is that a utopia or is it something darker?

Joseph: Yeah. It’s in between, you know, this seems like a very strange in-between time, doesn’t it? There’s a question mark over what sort of world we might be entering. So, yeah, not necessarily a good place that we might be approaching, not necessarily utopia. Maybe we can leave that open. 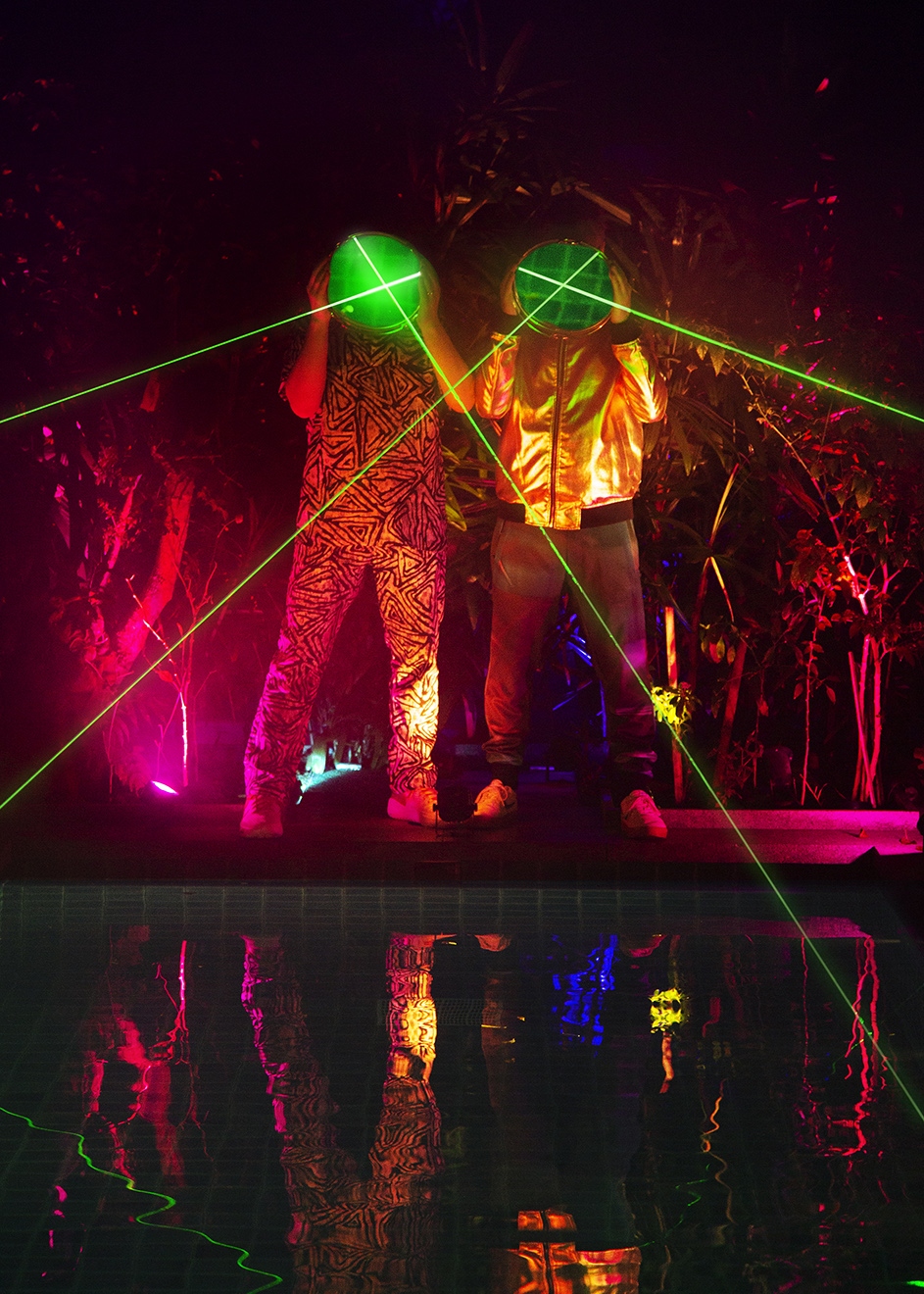 On the track ‘Riot Bard’ I hear a grime influence. Is that right?

James: That is correct. Your influence monitor is in the right direction.

Yeah, I feel like the album draws from the UK dance spectrum, rave as well as grime. Why did you bring those influences in this time or can it not be helped as English musicians?

James: I mean we have a similar sort of vernacular in that we’re not that alike in our musical tastes, but we know the UK sound as such, and… ultimately dance music, in itself, to some people, is seen as a sort of more lowbrow kind of music, for some reason, not as worthy in some ways, not as arty.

James: Yeah, which is rubbish, and I think we were possibly freer to express our love of that on this record.

Was the remastering of The Magus Project [last year’s rerelease of James’ hardcore rave tracks from the early ‘90s] in the back of your mind?

James: Not really, no. That sort of went on parallel while we were doing this record. We’d already been thinking about making DTx2, grabbing chord samples... We did a remix for Isaac Birituro and The Rail Abandon – that was the first thing we did as a duo after Shane left – and that gave us a blueprint as to what we would kind of like to do. It was bassy, it’s got stabs of chords, which are ostensibly jazzy, but we’re not jazzers, so they’re like one finger chords and had that kind of a dance floor focus. 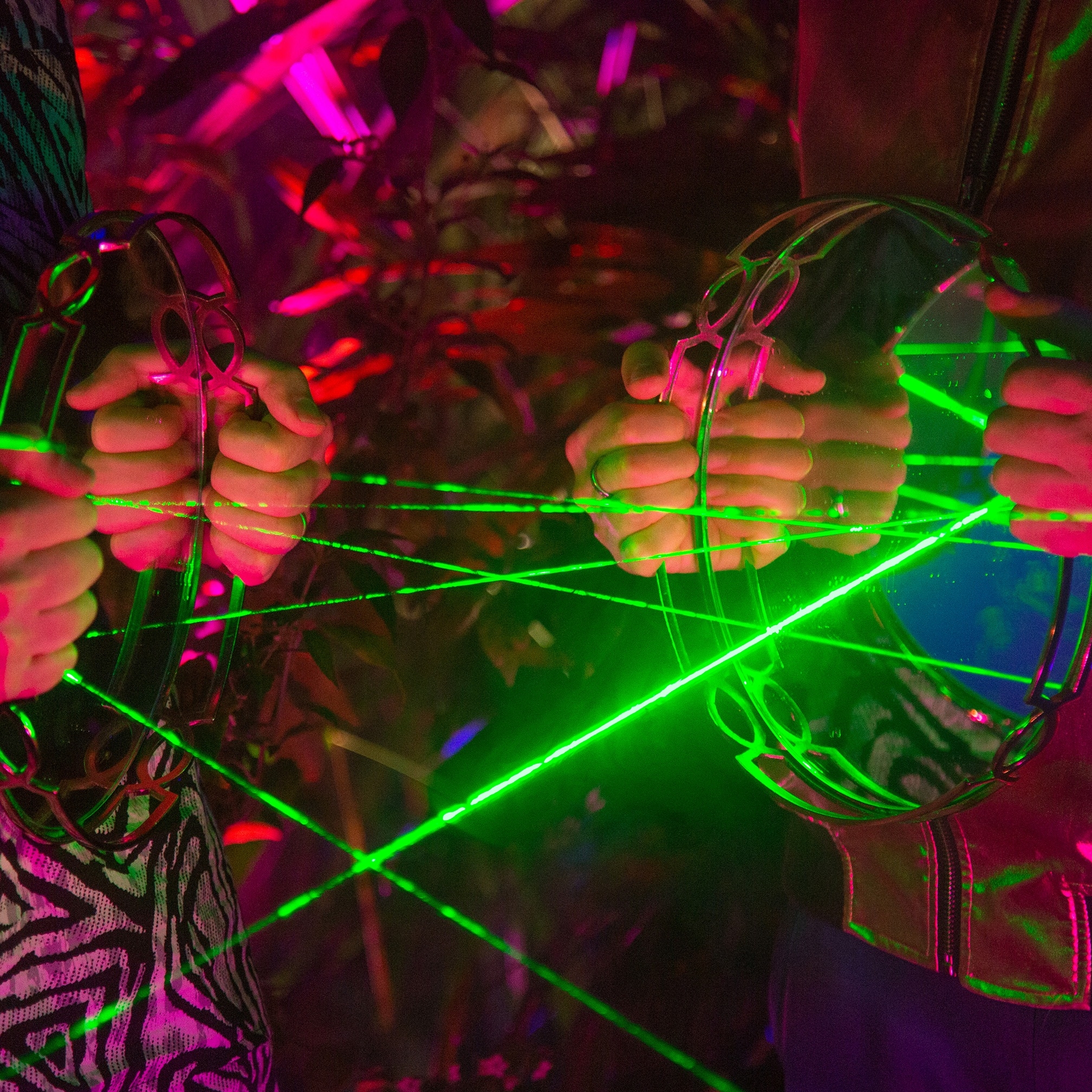 How would you characterise yourself as a group in terms of the amount of live, let’s say, acoustic material and then the sampled, manipulated material... what would be the split if you had to give it one?

James: It’s about 50/50, I guess. On the record it’s probably a little bit more into the realms of studio trickery but I think the basis of it is we do a lot of making the loops ourselves, so we record percussion or drums or whatever we have hanging around and hit it. A lot of the stuff is looped performances or found sound loops.

Joseph: It’s quite a lot found sound. Things that we literally recorded on mobile phones out and about. For example, on ‘Attraction’, basically there’s the bounce beat, which is like a New Orleans-rooted sort of hip hop thing, but then we swapped out every sound that you’d get on an 808 with clangs and scrapes and things that we’d found.

James: Every now and then in that track you get a glimpse of the 808, there’s a little 808 bit that comes in and you go, “Oh”. But it's a wink, it’s an audio wink, you know, for whoever might care. 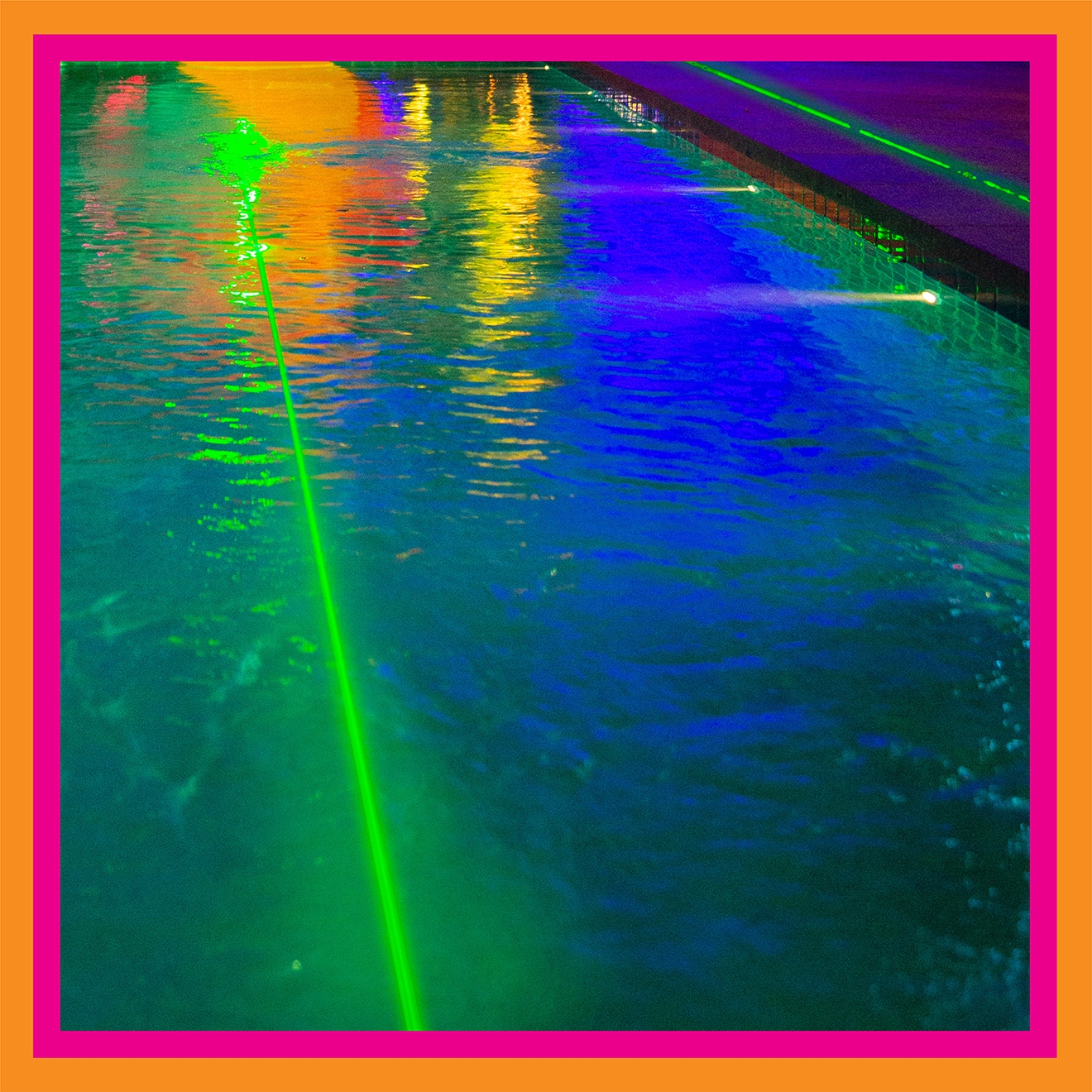 DTx2 has more “audio winks” in store for discerning listeners when it releases on June 25, from an irregular 7/8 time signature section on ‘Testing Time’ to its nods to UK dance and even Eastern European folk, which Joseph has a penchant for. Built on a foundation of hardware synths and acoustic instrumentation, the ten-track album is the result of painstakingly edited improvisations (Joseph’s intoxicating clarinet improvs run through the album) and a level of studio dedication that had James reverse engineering Whitney and Britney accapellas to perfect the vocals to a pop diva standard for ‘Attraction’, the second single, which features singer KT Tunstall.

As we tie up our conversation, Joseph returns to “Disco dancing in the rave scene” and how it inspired their Isaac Birituro remix before underpinning DTx2: “I kept thinking about it and thinking about it, and it became a kind of mantra and then on that remix, we were saying things like, ‘What if we try and make this huge bass track, but it’s also a disco track,’ or something… forcing these things together that we like. I don't know how much that succeeded or how much that might come across. Now, I feel listening to [DTx2], it's not very… it’s not a dance record.”

To which James replies, laughing, “Again, we failed to make a dance record."