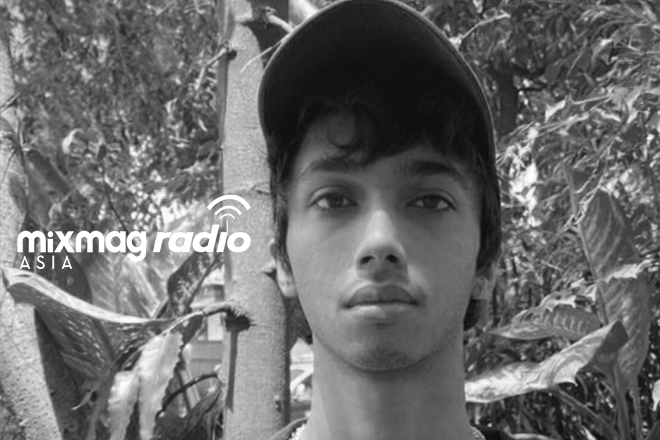 Veer Kowli aka Chrms has quickly proven that he’s a creative force to be reckoned with.

The key to his creativity is an open mind, embracing diversity in his sound while also somehow managing to reign in an overarching signature of futurism — the feel of Chrms’ works range from that lush feel-good factor-ness, to straight up future bass-in-your-face-type-of-frenzy.

Festivals, clubs, studio collaborations and performing around some of the world’s best talent has only been a part of Chrms’ life for the last couple of years — however, he’s been a music junkie and aspiring music maker and producer since the age of 9.

Those early learnings in graphic design, film making and music production are skills he’s honed in his still-fresh career. Chrms was deeply involved in the making of the music video for ‘Heart Rates’ which was his second single following his debut track ‘With you’ which came out in 2017. ‘Heart Rates’ was his first international release and was quickly favoured by American pop-EDM duo Chainsmokers.

The young Indian producer highlights his recent turn of events, “Starting just a couple years ago, I got to experience and play a bunch of music festivals and gigs across India for the first time. I got to witness and perform alongside some of the most forward thinking producers and acts like Mura Masa, Sinjin Hawke, DJ Stingray, Henry Wu to name a few; which opened up quite a few doors in my head.”

The opportunities weren’t just in his head though. “I think a fond memory from 2020 would be the initiation of my new record label Bare Recordings with my friend Potter. We hope to push sounds we love and turn on minds one VA (Various Artist) at a time.” He also tells us that he’s working on his debut LP which has been a recent challenge with all the strings of the pandemic being plucked away with more force on India than ever expected. That said, Chrms strives to further his musical identity and he wants his forthcoming album to truly resonate that — “You will be able to hear the club influence while still keeping my love for lush soundscapes intact.”

As this week’s guest on Mixmag Asia Radio, Chrms has manifested his album-making processes into a thought provoking mix that includes music from some of his favourite producers but also a couple of exclusive edits and unreleased bits and bobs that you’ll only get to listen to here. Chrms rounds off, “If this mix had to be a movie, it would be a sci-fi/thriller.”