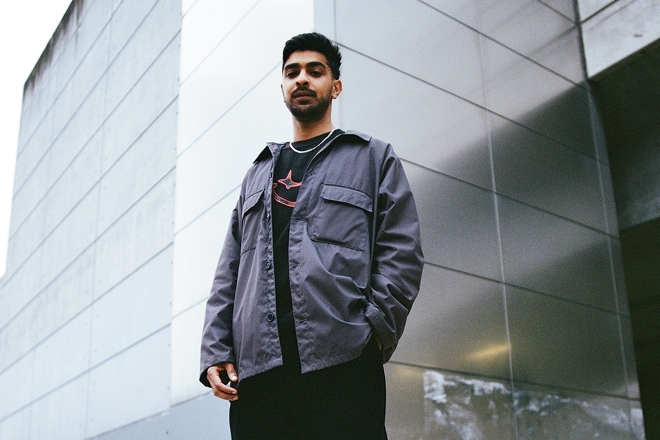 His love affair with music was initiated by endless hours of listening to grime, and that eventually led British-Bengali artist Surya Sen to hip hop, Dilla and beat-making. And in pretty much that order.

Surya Sen happens to be the namesake of a prominent figure behind India’s movement towards independence in the 1930s — almost a century later, we discover the artist known as Surya Sen is just a guise for his desire to remain anonymous.

Based out of North London the beat-maker, rapper, producer and DJ has developed a wildly versatile palette of sound, (one that he partially owes to listening to Gilles Peterson on BBC Radio 6) and one that evidently saw him be a musical sponge across plenty of genres. Speaking to Mixmag Asia, Surya says, “I was obsessed with the Roll Deep’s ‘In At The Deep End’. That developed into hip hop and, as I grew older I discovered Dilla, Premier and the east coast hip hop scene in my mid teens which led to me discovering beat-making. I love the art of digging and looking for sounds which opened my eyes to a whole new world of jazz, disco and soul. When I left school, I discovered house music and started raving 3/ or 4 times a week and going to see specific deep house and techno artists — so I guess my music style is a combination of all of that!”

Although his breakthrough is still fresh from his first official single ‘C U Later’ as a solo artist in 2020, Surya Sen has had quite an eventful entry into the global music scene. “Pre to post pandemic, my whole life has changed! I decided to put ‘C U Later’ out in 2020 just at the start of the pandemic, I got signed during the pandemic and my first single ‘Jessica’ came out the week the UK fully came out of lockdown."

Read this next: Mixmag Asia Radio: Leno Rei is a fiend for all things funky

On top of recently nailing his set in the basement of the mighty Defected Records’ headquarters in London, Surya is hitting it hard on the gig circuit right now — his recent mixtape ‘At What Cost’ will get a launch party at the end of April in his home city.

Surya adds about his set for Mixmag Asia Radio, “I wanted to celebrate my single ‘Earn It’ which is the final single before my mixtape ‘At What Cost?’ is released. So I wanted to make a mix to make the people boogie and has the power to uplift moods including classics from Butch, Ron Trent and an unreleased Cinthie bootleg I made.”

Tune into Mixmag Asia Radio 092 with Surya Sen from London below.