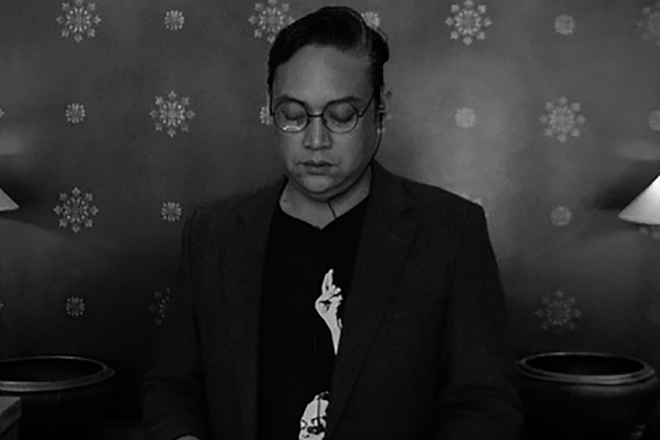 Greedy for groove — Leno Rei is a multidextrous DJ and collector of all things funk and soul.

“I love to play all kinds of music. Yeah, I’m kind of greedy like that! But one thing is for sure, whatever I play, it has to be funky, soulful, jazzy, and sometimes, deeper.”

Leno honed his craft behind the decks while he was settled in Seattle, USA, and it all started at a party called STOP BITING — he recalls, “a homie allowed me to play.. And I’m still doing music stuff, I haven’t switched careers yet.”

His dynamic and unpredictable sets have seen him bust grooves across Jakarta’s refined music rooms, as well as to Bali and Tokyo — he’s also been appointed for warm up duties for esteemed artists like Mayer Hawthorne, Full Crate, Rich Medina, Simbad and Natasha Diggs. Back in 2011, he bagged JUICE’s DJ of the Year award.

Upon finally returning to Jakarta armed with an arsenal of funk in 2016, Leno’s been running 2bsequenced, a music consultancy that’s soundtracked for brands like Nike and Puma.

For this week’s episode of Mixmag Asia Radio, Leno Rei digs out a wide selection of uplifting, funk-a-delic tunes with a heavy dose of positive vibes thrown in for the good measure we all need right now.

Tune in to Mixmag Asia Radio 086 with Jakarta’s Leno Rei for 21 slices of funk.