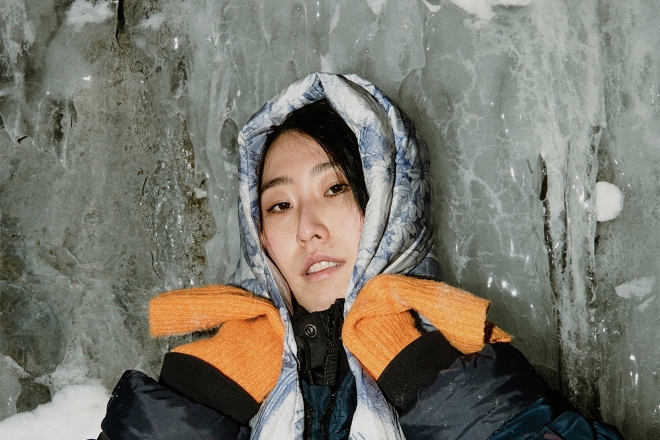 Embracing tragedy as her current state of art affairs, Leevisa’s recent ‘Koreography’ EP was delivered to us as a eulogy, with the liner notes starting out with “Leevisa was a single child born in Gyeongnam and died at the age of 30.”

Leevisa’s conceptual take on rebirth really only hits the surface of her intentions — her true artistry lies in her variety, and her ability to manifest fresh perceptions of sound from the same sonic mould. ‘Koreography’ is hardly a depressing record, and it could possibly, just maybe, be conceived as having proximity to a life of false hope and happiness

Her musical roots as a DJ started out with footwork, which quickly led her experimental sounds, and eventually she found herself leaning heavily on deconstructing music as a method to making music, particularly around club sounds. This part of her approach is where her creativity lets loose — Leevisa tells Mixmag Asia, “When producing music, I am inspired by soundtracks. I imagine and visualise a scene from a story. I would describe my style as circumstantial music.”

Outside of the studio, the Korean artist keeps herself incredibly busy, mostly focusing on bridging her worlds of music and fashion. In recent months, she’s put out an exclusive mix for Apple Music, a remix for PZWorld Book, composing music for Kimmy.j FW19 runway, and breaking into the world of film as a music composer. She's travelled the world as a DJ playing for Unsound, CTM, Elsewhere, HKCR, NTS Radio – and performs frequently at Seoul’s renowned Cakeshop and for Seoul Community Radio.

Following her mind-tickler of a release on Perpetual Care, we felt compelled to venture deeper into Leevisa’s weird and wonderful world, in the form of a 60-minute mix.

“The inspiration for the mix was to bring back the flow and vibes of the dance-floor prior to the pandemic. There was a lot of enthusiasm and excitement to be captured.”

Tune in below to Mixmag Asia Radio 091 with Leevisa.