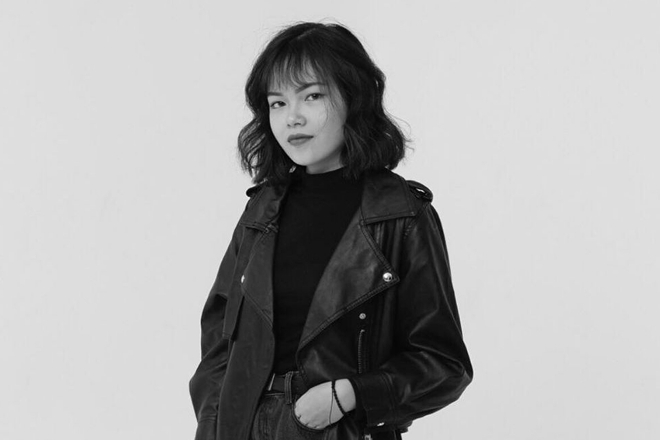 I’ve always felt that an optimistic attitude will get you far in whatever you do — a sixth sense for silver linings can set a life trajectory in forward-motion. This week’s guest on Mixmag Asia Radio is Di Linh, a fairly new personality from Vietnam’s blossoming scene who was very quickly scouted for residency duties at Savage and the crew’s infamous Equation Festival.

Linh’s career started on the dance floor, and through a routine commitment of gyrating at Savage, she found an immediate adoration for the wide selection of brisk grooves presented by the club’s noteworthy selectors. Di Linh tells Mixmag Asia what happened next, “It was back in Hanoi in 2018, and I was just a regular party-goer, frequently with friends at Savage, I was very into disco, house, and techno, and I finally found a place where I felt I belonged. Later that year in October, after only two days of practice, I was invited by a really good friend to play at Savage for my first gig (!) — overwhelmed by many buttons, I quickly understood that I had a lot more to learn."

Her story might not so different to the many other careers that were paved in the underground, but what makes her stand out is her personality sings through her sets — they are vibrant, evocatively positive and we’ve been fixated on she somehow manages to carry an enigmatic aura throughout her choice selection.

In the short three-plus years she’s been DJing (of which most has been under pandemic duress), the young Hanoian’s aspirations are to connect more deeply with the regional scene — she’s inspired by what other artists from across Asia have been doing, like Romain FX taking his Hong Kong roots across Europe, Sunju Hargun's mesmerising and experimental outings with Siamese Twins and as one half of the esoteric duo Mogambo, Wata Igarashi, HUMB, Mishouju, Wahren Boy, and HUM Studios compadre Marco Yanes.

Linh reminds us, “there are some positive aspects to the pandemic. Since the border closed, clubs can’t book international DJs like they used to, which means that local DJs have more opportunities. Everyone has stepped up their game, and it brings us closer together, makes us stronger, and allows us to learn from and support each other unconditionally. So after this time is over, when things get back to normal, it's going to be wild.”

We agree, and we also think her set for Mixmag Asia Radio is wild. Get to know Di Linh and her vibrant personality through this on-point mix that she says is “groovy, dreamy, and light, not too intense but with enough energy to get me through the traffic in Hanoi.”

Tune into Mixmag Asia Radio 089 with Vietnam’s Di Linh below.